Butterflies Made a Darwin Doubter of Vladimir Nabokov

The celebrated Russian-American novelist Vladimir Nabokov embodies the best of right and left brain thinking. Known for his great novels (Lolita, Pale Fire), he was also a passionate student of butterflies. 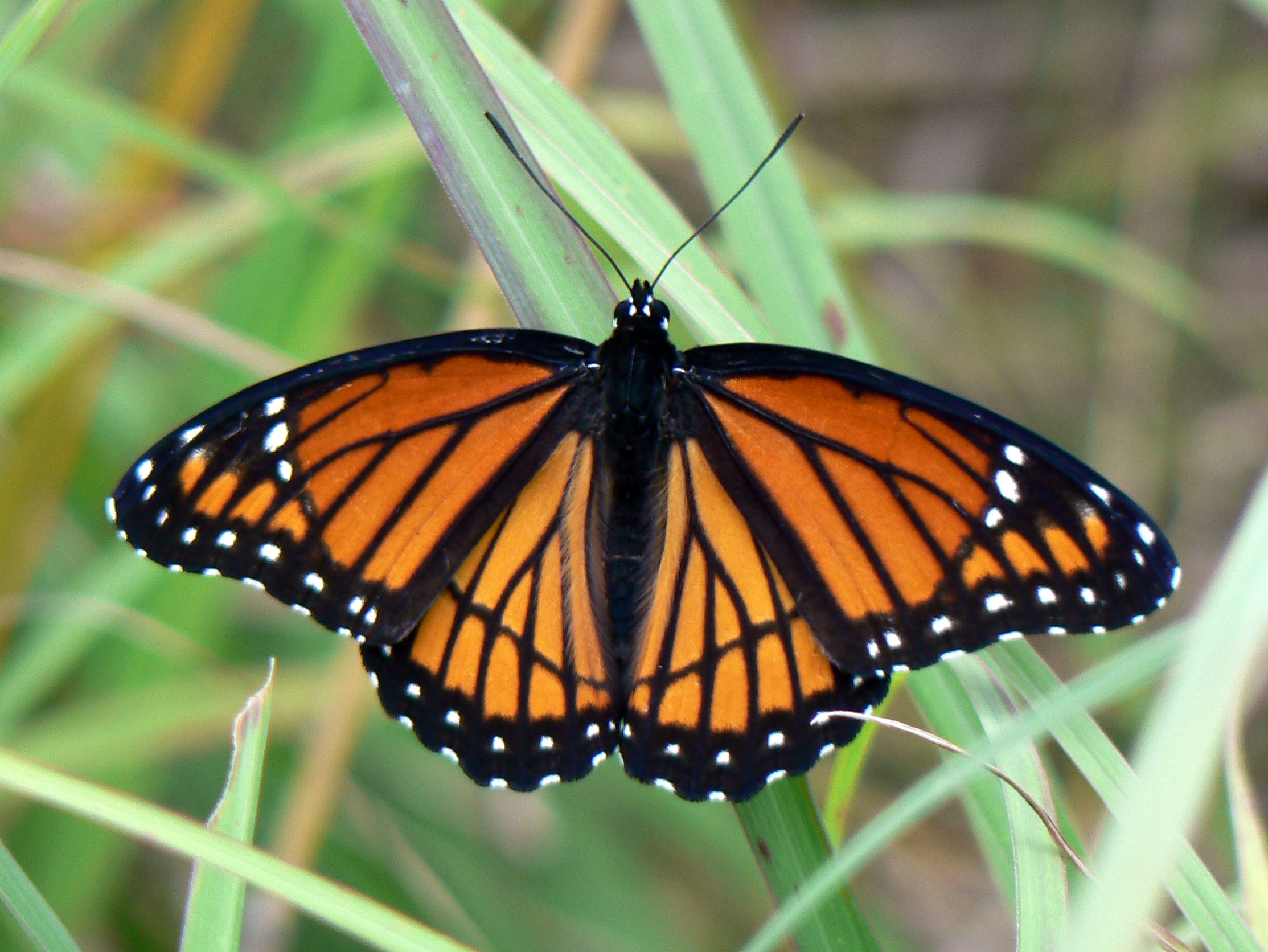 Viceroy Butterfly: A Mimic of the Monarch–can you tell the difference?

When he wasn’t producing world class literature, Nabokov served as a research fellow in entomology at Harvard while also teaching comparative literature at Wellesley. Nabokov published in such scientific journals as The Entomologist, The Bulletin of the Museum of Comparative Zoology, The Lepidopterists’ News, and Psyche: A Journal of Entomology.
According to an article published by the Discovery Institute, a conservative think tank, Nabokov was so vexed by the notion of mimicry in nature–moths and caterpillars in particular–that he rejected Darwinism.  Mimicry is the scientific rationale for creatures imitating a model to benefit from the model’s unique traits.
For example, the Viceroy butterfly pictured above is considered a mimic of the Monarch, and benefits from the Monarch’s reputation as an untasty morsel to predators by appearing to be a Monarch.  Yet Viceroy butterflies don’t eat milkweed whose latex toxins make it unsavory to birds and others.  Viceroys host mostly on willows and poplars.
In human beings, mimicry might be compared to those who dress like fashion models with the hope of benefiting from their borrowed beauty.  But with butterflies and other insects–how do they do it?   Sheer force of will?  Adaptation over time?   Most scientists say mimicry results from evolution.
Nabokov, extremely learned on the topic, seems seriously unsatisfied by evolution as an explanation for mimicry. In his memoir, Speak, Memory, he foreshadows today’s discussions on intelligent design:

When a certain moth resembles a certain wasp in shape and color, it also walks and moves its antennae in a waspish, unmothlike manner. When a butterfly has to look like a leaf, not only are all the details of a leaf beautifully rendered but markings mimicking grub-bored holes are generously thrown in. “Natural Selection,” in the Darwinian sense, could not explain the miraculous coincidence of imitative aspect and imitative behavior, nor could one appeal to the theory of “the struggle for life….”

That a great mind like Nabokov’s doubted Darwin and challenged evolution makes us take pause.   Surely it’s a testament to the infinite intrigue of butterflies.