When it comes to sharing the wisdom gathered over 15 years of breeding butterflies, few people rival Edith Smith as one of the most generous souls in the butterfly world.  Her family run Shady Oak Butterfly Farm ranks as one of the most successful commercial butterfly operations in the U.S., producing up to 6,000 butterfly pupae per week for exhibits, education and events across the country.   Through her Facebook page and myriad educational websites as well as active participation on butterfly email lists, Smith can be relied on to answer the many questions posed by novice butterfly breeders. 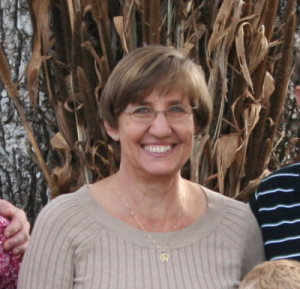 At 59, Smith recently announced her retirement from the day-to-day operations of butterfly farming  to allow her more time for educational endeavors, “experiments,” as she calls them, and writing books. Her daughter, Charlotte, is taking over the business and family members will continue to help.
Given her generous nature, it’s no surprise that Smith agreed to answer a few questions via email as part of our ongoing feature to post conversations with “butterfly peeps,” the folks that comprise the butterfly world.  She leaves the butterfly breeding business at a critical moment, just as the Monarch, the commercial breeding industry’s cash crop, is being considered for listing as “threatened” under the Endangered Species Act.  We talk to her about that and more in the Q & A below.
Q. You have been a butterfly enthusiast and breeder since 1999. What has been the biggest change in the butterfly world in general and the breeding business in particular?
Smith:  In general, more people say that they see fewer butterflies than ten years ago. Because of the lower numbers, many people are sharing on Facebook and through other avenues about butterflies and people are more interested in planting for butterflies than in the past.
In the breeding business, breeders are more unified. They work together to improve the business both individually and as an industry. There is, overall, more of an interest in educating people and improving and extending butterfly habitat than when we first began farming in 1999.

Got questions? Edith Smith has the answers. In this case, this is one fertile female Monarch laying LOTS of egg on milkweed. Photo courtesy Edith Smith

Q. The Monarch butterfly community has been “aflutter” about the possibility of the Monarch’s possible listing as “threatened” under the Endangered Species Act.  Where do you come down on this?
Smith: Although I am thankful for protection for truly endangered species of plants and animals, the Monarch butterfly population can be more effectively grown by promoting habitat creation rather than rendering them ‘hands-off.’  Federal protection isn’t needed.
Instead, the government can encourage farmers and companies to plant and maintain milkweed. According to scientists, the two basic problems that have caused a decline in numbers are the destruction of millions of acres of milkweed and severe drought in Texas at critical times of their migration. There are other causes, such as extensive pesticide use.
A massive public education campaign in the U.S. would result in people using fewer pesticides and planting more milkweed. Counties and states could plant milkweed along major highways and interstates.* Counties and states should schedule mowing for times that would avoid damaging milkweed when it is being used by Monarch butterflies and their caterpillars. Railroad companies can plant milkweed and nectar plants along railroad tracks. Power companies can plant milkweed under power-lines. Farmers can be financially encouraged to plant and maintain one acre of pesticide free milkweed for, say, every 100 acres they own.
Once there is a financial incentive for companies and farmers to plant milkweed, it will be planted. The government owns a great deal of land that is not used. That unused land as well as areas where the land is used (such as at courthouses and other government buildings) could be planted with milkweed patches. All this could be encouraged by the government through tax deductions and/or financial supplements. (We would not encourage government financial support for planting milkweed in areas where there had not been massive loss of milkweed. Community education and efforts can replace milkweed in those areas.)
*NOTE:  Studies have shown that planting along interstates does not result in a substantial increase death of butterflies. 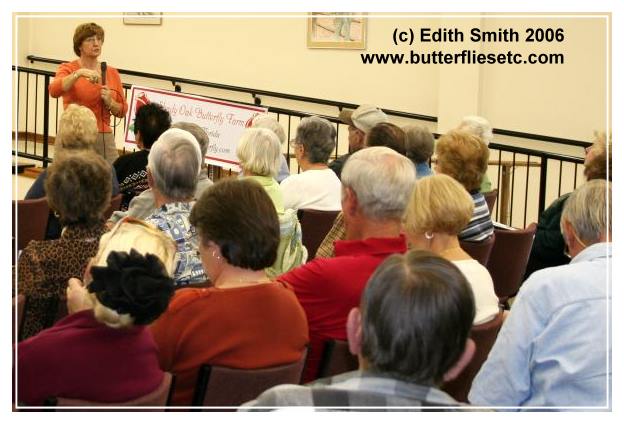 Edith Smith makes her self widely available to answer questions about butterflies. Photo via Edth Smith

Q.  You have been one of the most generous people in sharing your knowledge and understanding of the butterfly world and business with the community, including your competitors. What has brought you to this generous place and do you ever worry about spilling trade secrets?
Smith:  I can’t imagine having a passion and not sharing it with others who are interested in the same subject. Most people know very little about butterflies. As a result, their yards are planted with plants that are not butterfly friendly. Many are eager to learn and as they do, they plant more plants for butterflies and begin to use fewer pesticides. The more people learn, the more they will make their little corner of the world safe for butterflies. Sharing about butterflies is part of our way of making the world safer for butterflies.
We have given away many thousands of packets of host plant seed, from milkweed to ‘weeds’ that can’t be purchased from any source. That makes us proud, to know that these seed will help butterfly populations throughout the United States. 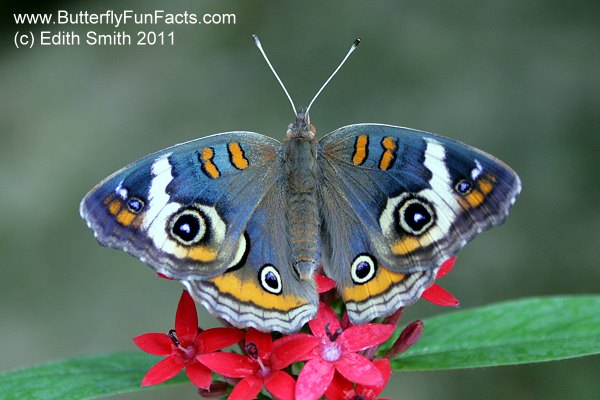 We believe sharing information with other butterfly farmer/breeders brings the industry together and improves every farm that shares. As new techniques and methods that save time and money without compromising the health of butterflies in the farming operation are shared, everyone sees improvements at their own farms. This also results in a higher production of healthy butterflies, more families raising caterpillars in their homes, and more people ‘falling in love’ with butterflies.
We don’t create competitors when we share information. We create teammates. If we don’t have butterflies or caterpillars for a customer, we can contact another farmer who can ship to our customers for us–as long as they have the proper permits. Most butterfly farmers work as a team, independent yet together. As the industry grows and improves as a whole, it helps each one of us.
Q. What is your proudest accomplishment as a butterfly breeder?
Smith: That’s a hard one! For me, it has to be the Blue Buckeye. It took special breeding to create it. It has blue, green, or purple wings instead of brown wings. We bred these for years to bring out the color and were astounded at how bright and beautiful the color became. 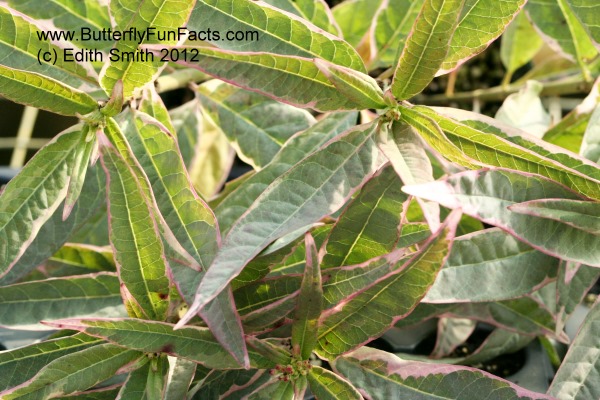 “Charlotte’s Blush” a new patented variegated milkweed, was developed by Smith’s daughter Charlotte and will be available next year. Photo via Edith Smith

In addition, Charlotte is responsible for the discovery of a new variegated milkweed. The paperwork is being processed for patent at this time. The plant itself should be released in 2016. It is named “Charlotte’s Blush” because of the delightful pink in the leaves.
Related posts: