Invasion of Snout-nosed butterflies returns to Central and South Texas

While we’re waiting for Monarch butterflies to move through the Texas Funnel, another orange-and-black butterfly has made its presence known here en masse. 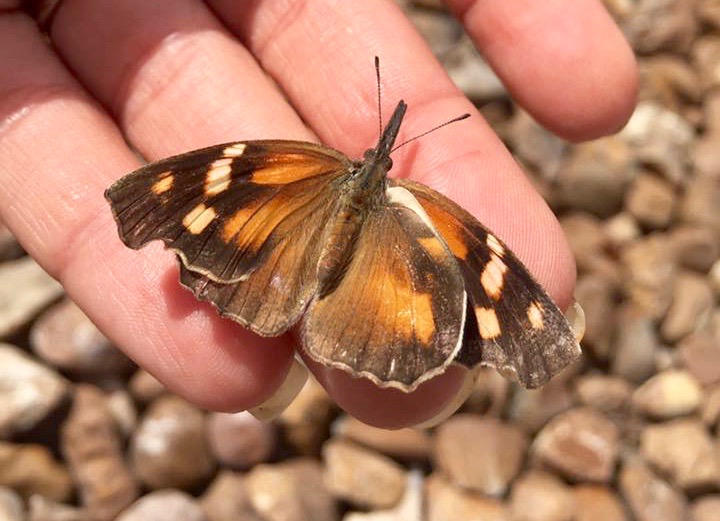 Snout butterflies are back in town. Photo by Drake White, the Nectar Bar

“It’s not a migration in the usual terms,” Quinn said. “They’re ’emigrating’ out of where they overpopulated and exhausted the food source, looking for new mates.” 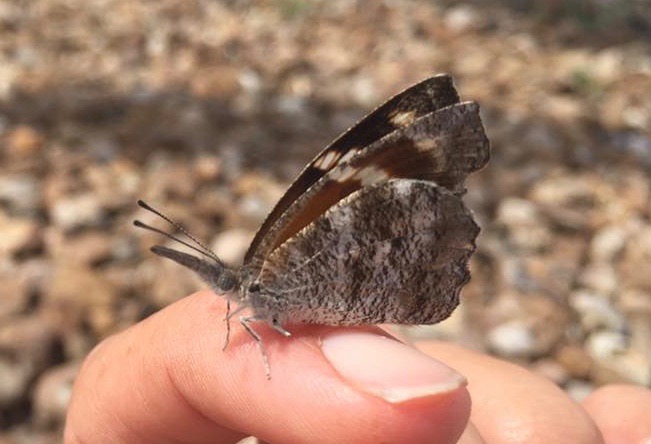 Drake White of the Nectar Bar holds an American Snout-nosed Butterfly in San Antonio this week. Photo by Drake White

That food source is the hackberry tree, often considered a nuisance tree by landscapers and gardeners, but which is actually a fantastic wildlife plant. Its leaves provide food for snout caterpillars and its berries offer important winter sustenance for birds. Big snout invasions can completely defoliate a hackberry tree, but the tree will recover. 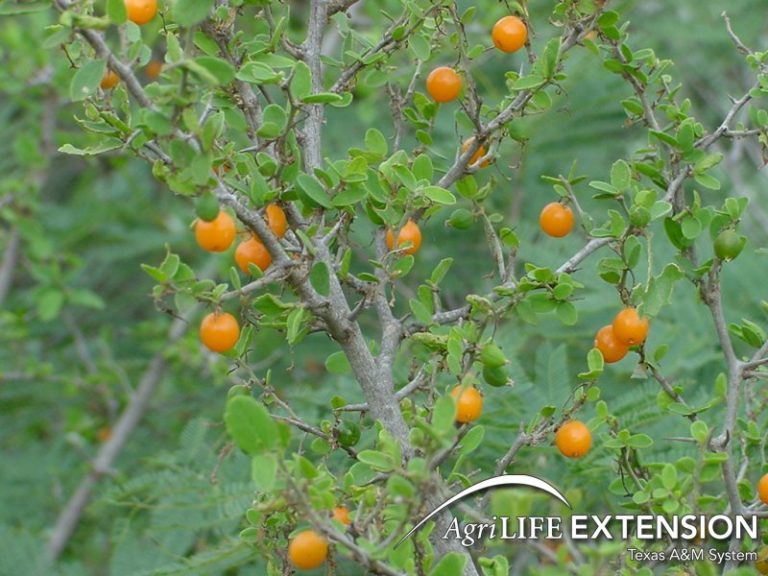 The 2016 weather cycle set the stage for this year’s snout invasion, the likes of which we haven’t seen since 2012. The snout deluge should last about another two weeks.
A dry July followed by a wet August reduced the predators and favored the snouts, who can postpone reproductive activities until moisture returns. Late summer rains following dry spells also cause hackberry trees to sprout tender new growth – perfect fuel for baby snout caterpillars which are leaf green, and about an inch long when mature.

“Late summer rains are a hallmark of the snout explosion followed by mass movements in multiple directions,” Quinn said.

According to most recent reports, the snouts seem concentrated in the Edwards Plateau area.

Richard Kostecke, associate director of conservation at The Nature Conservancy of Texas in Austin, reported counting 376 snouts during a 30-minute run yesterday. Driving home from the Hill Country on Monday, I witnessed thousands of snouts smacking windshields on IH-10 around the Medina River near Comfort.

“I have tons of them at my house right now, but I also have a hackberry tree in my yard,” said Drake White, who lives on the northeast side and operates the Nectar Bar, a Facebook page devoted to helping people learn how to responsibly raise butterflies.

“Those are snout nose (sic) butterflies & they are getting on my nerves! I’m not washing my car until I kill the last one!” tweeted Addie @addiesabatino, yesterday.

“Snout-nosed butterflies: I hope you ALL get to where you are going soon . . . I’ll help you pack AND buy your gas! ?,” Teresa Jackson Doty posted on FAcebook.

The mottled grey insects disguise themselves as dead leaves when their wings are closed. With wings open, they flaunt their orange, black and white accents and are sometimes confused with Monarchs or Painted Lady butterflies.

Snouts, so called because of their tubular, elephant trunk-like “noses,” lay eggs on the leaves of hackberry trees, the drought-tolerant native considered a trash shrub by some. The adult butterflies nectar on various flowering plants and live about two weeks.

In the annals of American Snout butterfly migrations, 1921 ranks as a most remarkable year. After a world record downpour in Central Texas on September 9-10, 1921, when 36.4 inches of rain fell in an 18-hour period, a Snout butterfly breakout resulted a few weeks later.

“An estimated 25 million per minute southeasterly-bound snout butterflies passed over a 250 mile front from San Marcos to the Rio Grande River,” according to Mike Quinn’s Texas Entomology, a trusted and entertaining source for Texas insect news and info. Scientists noted at the time that the butterflies’ flight “lasted 18 days and may have involved more that 6 billion butterflies.”