Happy New Year!   January 1 provokes anticipation for what’s next.  In our case, we’re contemplating the next 12 months for native plants, caterpillars and butterflies.
Many would cast 2011 as a year best left in the rear-view mirror.  The historic drought seemed to mirror the dragging, downer economy.  We’re thinking 2012 will be different.  Here are four (mostly optimistic) predictions from the Texas Butterfly Ranch.
1.  The Monarch butterfly overwintering population will set a record low in Michoacan.
Initial reports suggest this may be the worst year in history for the number of Monarch butterflies that made it to Mexico.  “We have preliminary reports that suggest the area occupied by the butterflies this season will be less than last year,” Rosendo Caro of the Biosphere Monarch Butterfly Reserve told BBC Mundo.  Last year the butterflies occupied about 10 acres. 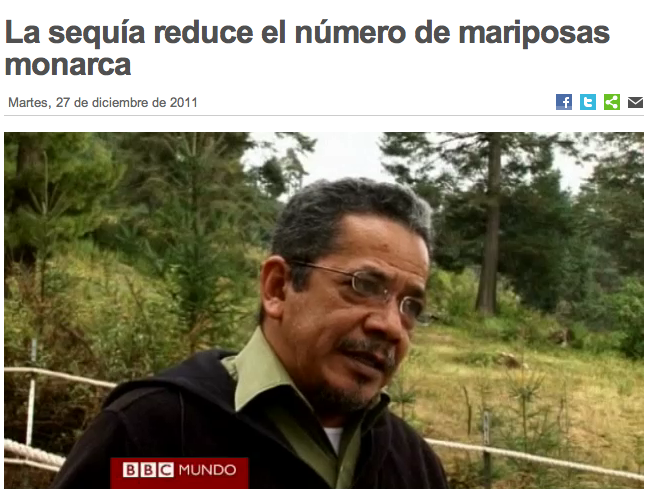 In this Spanish video, Rosendo Caro, of the Monarch Butterfly Preserve in Michoacan blames the drought for low Monarch roosting numbers.

No surprise, as the creatures had a hellacious year in 2011. Late season deep freezes in Texas resulted in a milkweed shortage just as the butterflies made it to the Lone Star State, thus no eggs were laid.  Then our historic drought during their autumn return depleted nectar plants they normally use for fueling on the return flight to Mexico.
Monarch Watch founder Dr. Chip Taylor characterized drought-stricken Texas as ”1,000 miles of hell” for migrating Monarch butterflies. We’ll await official reports, but betting on dreary news.
2.  Texas will see a blockbuster wildflower season.
Texas Butterfly Ranch optimistically predicts boatloads of wildflowers this year.   A hefty seed bank offers pent-up supplies, with seeds stored in the soil and in ant tunnels during the drought.  Perfectly timed, slow falling rains in December bode well for Central and South Texas wildscapes. 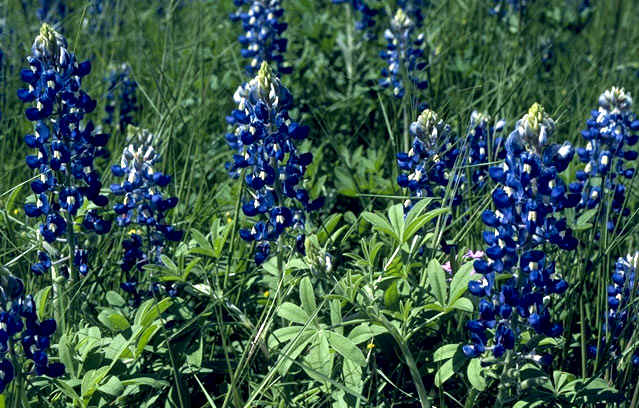 A wildflower bounty in 2012? We hope so. Photo by www.easywildflowers.com

Yes, a dry spring could kill this optimism, but a wildflower bounty seems likely, judging from a recent trip to the Llano River.  Bluebonnet rosettes were popping several inches out of the ground and Cowpen Daisies were busting through the damp soil making their happy stems known. Abundant Goldenrod populated the riverbanks.  Keep your fingers crossed.
3.  With climate change, we’ll see more butterflies year-round.
The historic drought killed our butterfly dreams this summer, but the warm, wet winter that followed has an upside:  butterfly season has extended into December and January. 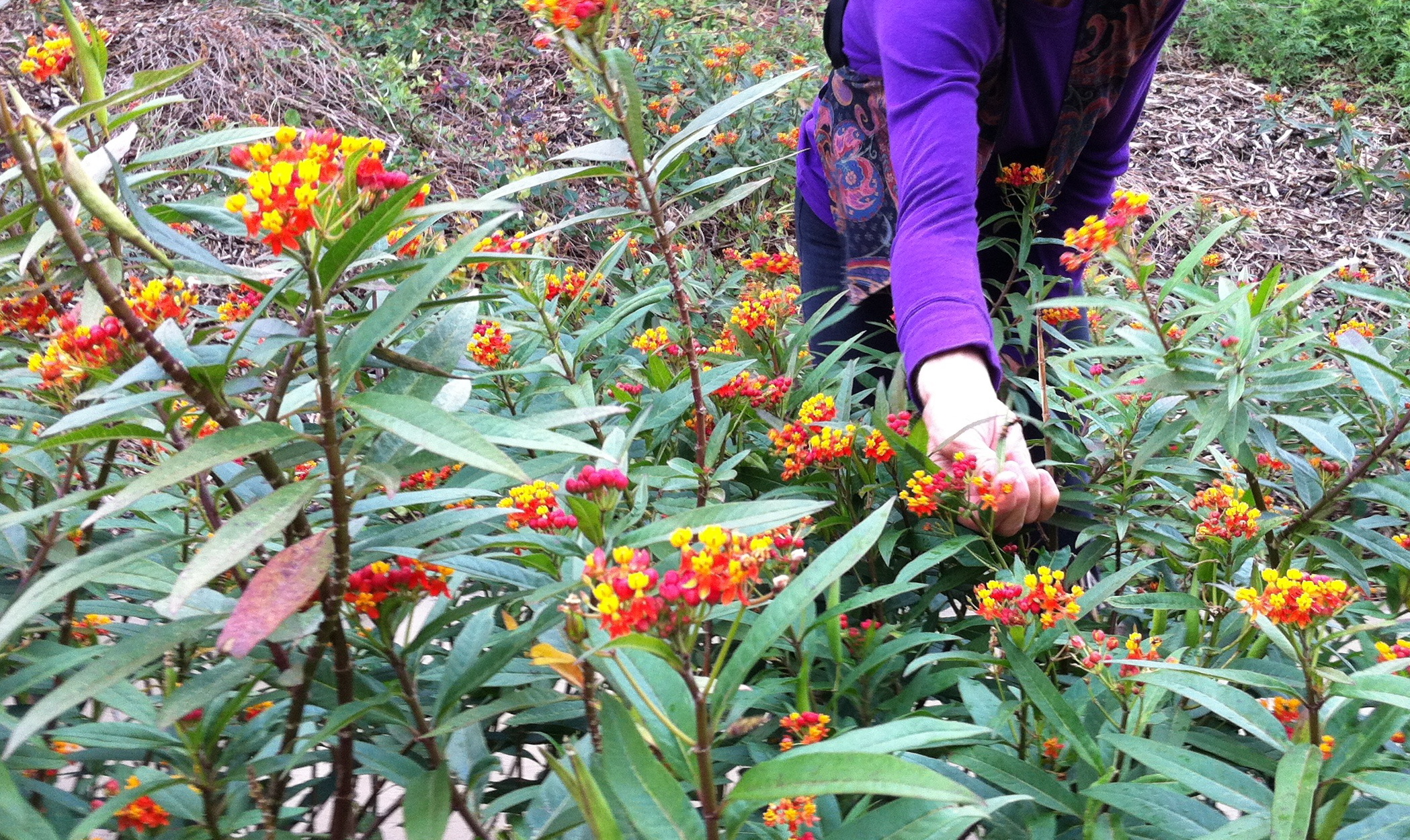 We picked Monarch caterpillars off the San Antonio River Walk milkweed patch as late as  December 18th.  And Gulf Fritillaries, Sulphurs and Painted Ladies were flying well into December.   Perhaps San Antonio will develop a year-round population of Monarchs like Houston and areas of Florida.  Again, keep your fingers crossed.
4.  Insects, including butterflies in all their stages, will outsmart genetically modified organisms (GMOs).
Again, an optimistic hope from here, but we ARE hearing much about the imperfections of  genetically modified corn, which produces it’s own caterpillar-killing pesticide, bacillus thurengiensis.
“Bugs may be resistant to Genetically Modified Corn,” headlined an AP story on December 28.  The article described how the western corn rootworm appears to be developing a resistance to the insecticide-producing Monsanto seed more quickly than expected.
Insects, including caterpillars and butterflies, are some of the most adaptable lifeforms on the planet.  “They produce large, numerous generations in a short amount of time, and adapt quickly,” says Austin entomologist Mike Quinn of Texas MonarchWatch.   Quinn points to the use of the fruit fly in genetic research.   The reason?  The insect adapts quickly and reproduces prolifically, allowing for efficient observation of genetic changes.   GMO weaknesses, and the adaptability and resistance of caterpillars and other insects, mean good news for butterflies-to-be.
Like what you’re reading?  Don’t miss a single post from the Texas Butterfly Ranch. Sign up for email delivery in the right navigation bar on this page, like us on Facebook, or follow us on Twitter, @butterfly beat.