Last May I posted a much-read report of an extreme outbreak of Genista Moth larvae on two treasured Mountain Laurel trees my family had transplanted to our Llano River ranch 10 years ago.
The post, “Squish remorse” — Genista Larvae on Mountain Laurels Create Caterpillar Quandary,” started like this:

“It was an odd day, digging up wild parsley in search of chubby, Eastern Swallowtail caterpillars for fostering and fun at home, followed by hours of trying to figure out a humane and responsible way to kill hundreds–no, thousands–of unwelcome critters decimating several precious Mountain Laurels.” 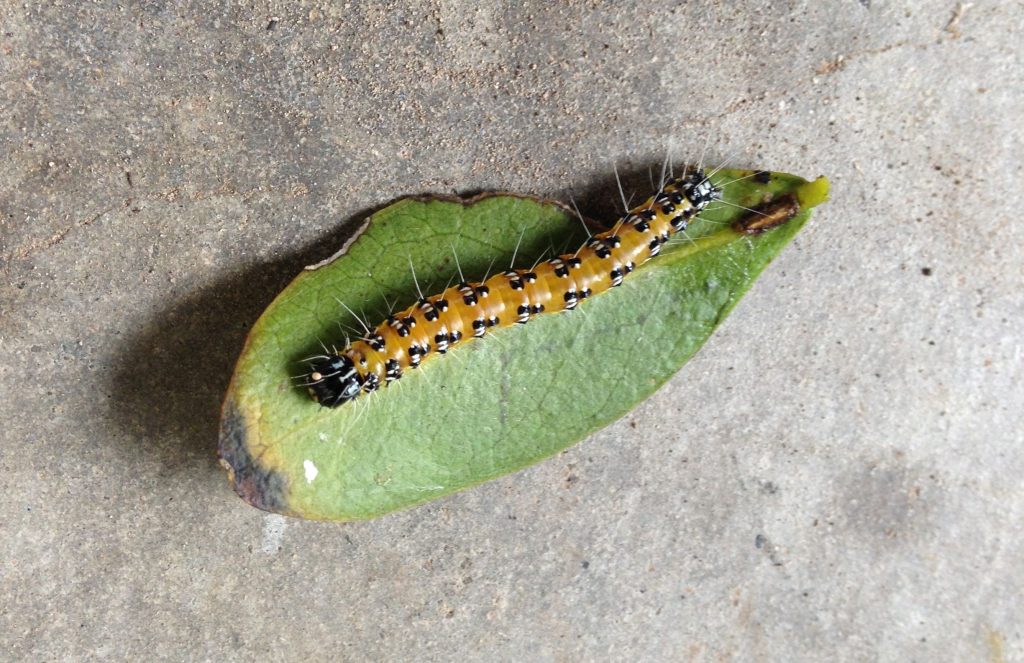 A year ago, the voracious caterpillars were decimating the evergreen native, which produces a Kool-Aid perfumed bloom that typically signals the first days of spring.
At the time, I was concerned the ubiquitous caterpillars would kill the tree or prune it to a shadow of its former self.   Several sources assured me not to worry—it was all part of the life cycle.
Twelve months later, I’m happy to report that the Mountain Laurels in question have rebounded magnificently. See the photo below. 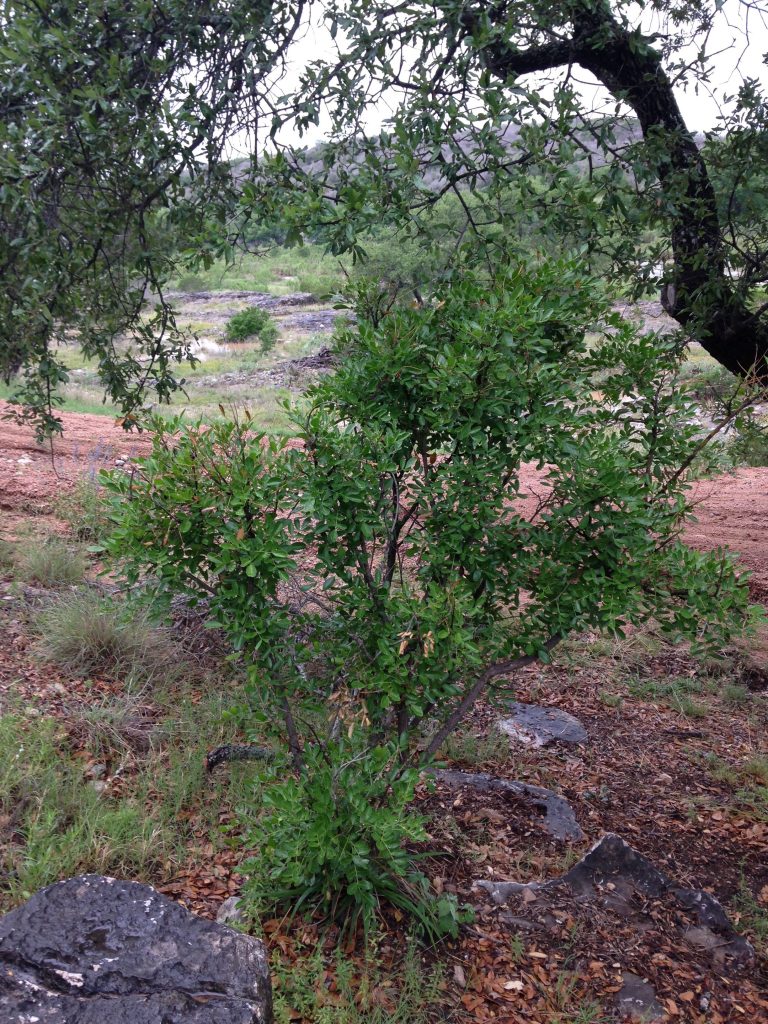 Genista moth caterpillars decimated this Mountain Laurel last year, but the tree bounced back nicely in 2014. Photo by Monika Maeckle

That’s the good news.
The bad news: the Genistas have  moved on to devour another Mountain Laurel further up the hill from their 2013 feast.   As Sandra Schwinn commented at the time:

“I have dealt with these for the last couple of years…. If there were just a few of them, it wouldn’t be so bad. Be prepared for a second onslaught, as that’s been my experience. In fact, last year, I battled them from spring into fall.”

Sounds about right.   While it’s reassuring that the caterpillar onslaught doesn’t appear to kill the plant, it does rob us of the next year’s purple blooms since Mountain Laurel flowers only occur on second year growth. 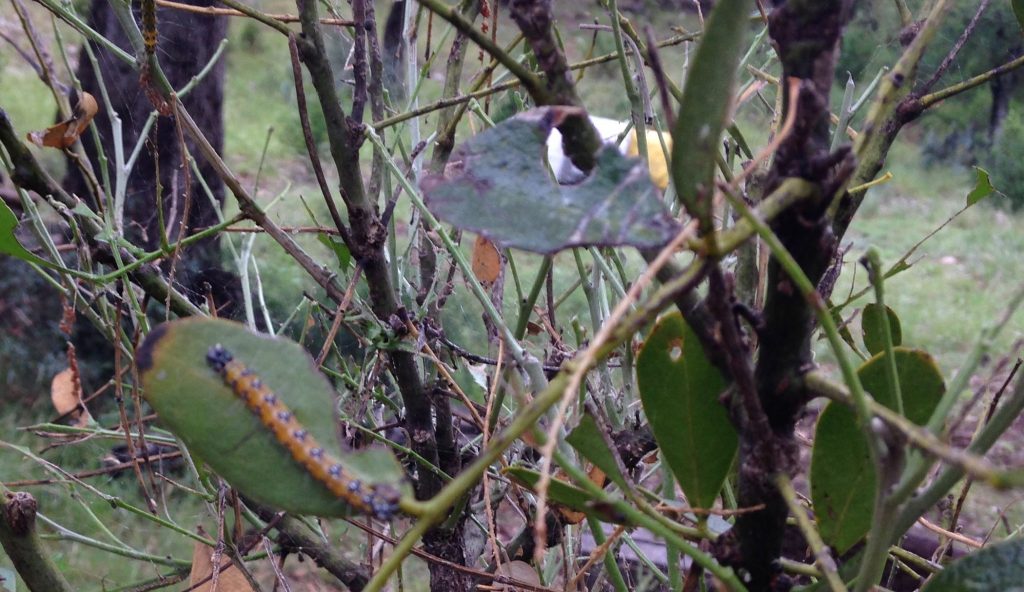 Given the apparent heartiness of the Mountain Laurel I will resist the urge to squish the Genistas, letting nature take its course and ceding their role in the food web as fodder for lizards, wasps and others.
Related posts: