If I ever pulled up to our Llano River ranch road to find a work crew, heavy machinery, pink flagged survey stakes, and trees slashed to the ground, I’d likely grab my husband’s shotgun. 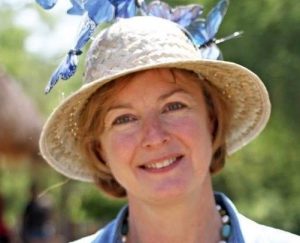 Wright told local reporters that the National Butterfly Center received no notices or requests for access to the property–even though “no trespassing” signs were prominently displayed. According to a story in the local Mission, Texas paper, the crew wielded chainsaws, two mechanized brush cutters and other pieces of heavy machinery. They told her they were on assignment from the Tikigaq Construction LLC firm in Point Hope, Alaska. Their job: mark a 150-foot clearance for President Trump’s border wall. 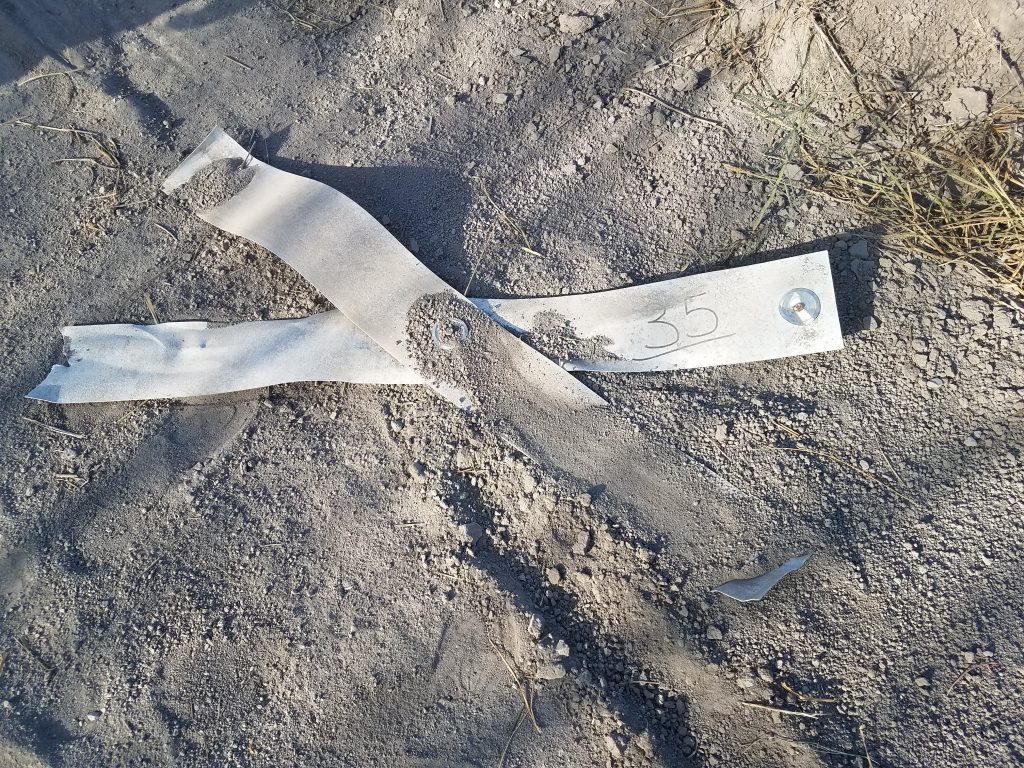 X marks the spot where contractors planned to dig core samples for a future levee at the National Butterfly Center. Courtesy photo

“Just about every type of wildlife is here,” Wright told Progressive Times reporter Jose de Leon III. “This habitat is rich and diverse….What will happen to them if the wall is built here?”

Next door to Wright at the 2,000+ acre Santa Ana Wildlife Refuge, planning for Trump’s border wall has been underway for months. According to a July 14 story by Melissa del Bosque in the Texas Observer,  U.S. Customs and Border Protection (CBP) officials have been meeting quietly with private contractors to plot out the first piece of Trump’s border wall here for half a year. Plans call for 28 miles of a new levee wall system in the Rio Grande Valley and 32 new miles of border wall system here. An 18-foot levee wall will stretch for almost three miles right through the Santa Ana wildlife refuge. Construction could begin at Santa Ana as early as January 2018, a federal official who asked to remain anonymous told the Observer. 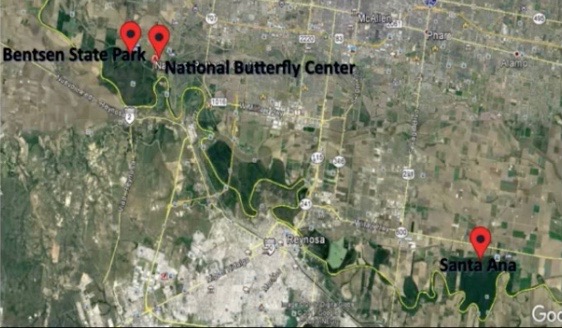 Designated by the federal government in 1943 as a sanctuary for migratory birds and managed by U.S. Fish and Wildlife Service, Santa Ana straddles the Rio Grande and is considered one of the most diverse ecosystems left in the United States. Along with the NBC and the Bentson State Park, the natural areas collectively provide habitat for the endangered ocelot, the jaguarundi, coyotes, bobcats, armadillos and 400 species of birds. See video below.

Known as one of the top birding destinations in the world, Santa Ana is being sacrificed precisely because of its federally protected status. Since the U.S. government owns it, they won’t be subjected to pesky lawsuits from private landowners like Marianna Wright and the National Butterfly Center. As another story in the Texas Observer noted in June, a third or more of 320 condemnation suits filed against private landowners to build a wall in 2007 are still unresolved.

In contrast, the National Butterfly Center (NBC) is a project of the North American Butterfly Association (NABA), a privately funded, nonprofit organization. Like its Santa Ana neighbor, NBC is devoted to the conservation of wildlife–specifically wild butterflies in their native habitats. NBC features a native species garden, offers walking trails, observation areas, educational exhibits and a plant nursery.

In a four-and-a-half minute video posted on Generosity.com on July 22,  Wright describes the flagrant disregard for the rule of law exercised by the work crews.
“They flat-out  ignored the private property sign and began work clearing trees along our road and the Rio Grande River,” she says in the video, as the South Texas breeze blows across the microphone.

“this is not just about the butterflies….”

“You may have heard about what’s happening with the Trump border wall and Santa Ana National Wildlife Refuge,” says Wright, her voice rising as she refers to her government-employed neighbors. “Well those people can’t talk to you. But we can. And I’m gonna show you what’s about to be lost. And how the government is operating.”

She chronicles the violations and encourages contributions to a legal fund set up to fight it. The Generosity.com campaign specifically states “This is not just about the butterflies.” The federal government “will do as it pleases with our property, swiftly and secretly, in spite of our property rights and right to due process under the law,” states the campaign.

She describes the future loss of habitat that will result when “thousands of acres, 38 miles of river between Bentsen State Park and Santa Ana Wildlife will be cleared for this border wall that people climb over.  A border wall that already exists in places….It’s barely a deterrent.” 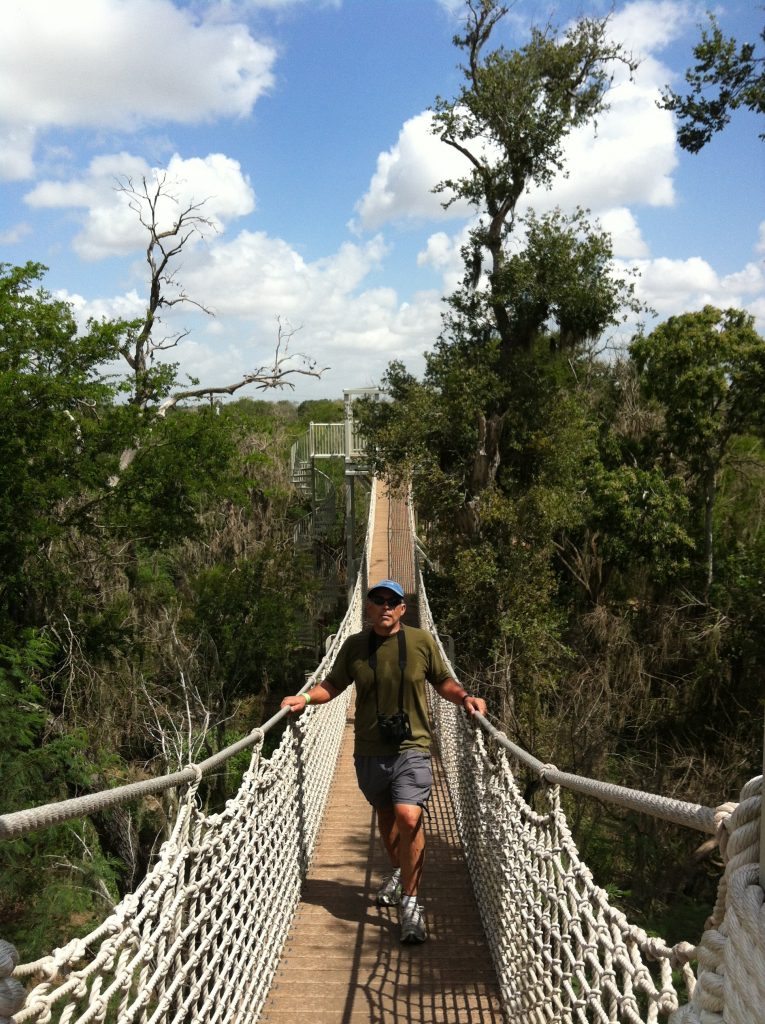 Calling the border wall a waste of taxpayer dollars and an environmental disaster, she concludes what those of us who live in South Texas know well: border walls don’t stop illegal immigrants. We’ve had one, with gaps and gates, for years.

According to the American Immigration Council, approximately 650 miles of border fence already exists as of early 2017. We have 350 miles of primary pedestrian fencing, 300 miles of vehicle fencing, 36 miles of secondary fencing behind the primary fencing, and 14 miles of tertiary pedestrian fencing behind the secondary fence. These barriers run the gamut from tall metal and concrete posts to solid corrugated steel walls, metal fencing, and combinations thereof. Then there’s the surveillance tools–towers, cameras, motion detectors, thermal sensors, stadium lighting, ground sensors, drones. This montage of deterrents comprises the existing infrastructure aimed to stop the unauthorized entry of people, drugs, and arms into the United States.

But as former Department of Homeland Security Secretary under Obama Jeh Johnson said in a November 2016 speech: “We can spend billions of dollars to build a 10-foot wall on top of a 10,000-foot mountain. But if you’ve come all the way from Central America, it’s not going to stop you.”

Last weekend, as Wright posted her video, dozens, perhaps hundreds of illegal immigrants who tunneled, hiked, swam or waded across our border were discovered packed in an unairconditioned semi truck in a San Antonio Wal-Mart parking lot. The temperature climbed to 104 degrees here on Saturday, and was likely higher on hot asphalt. 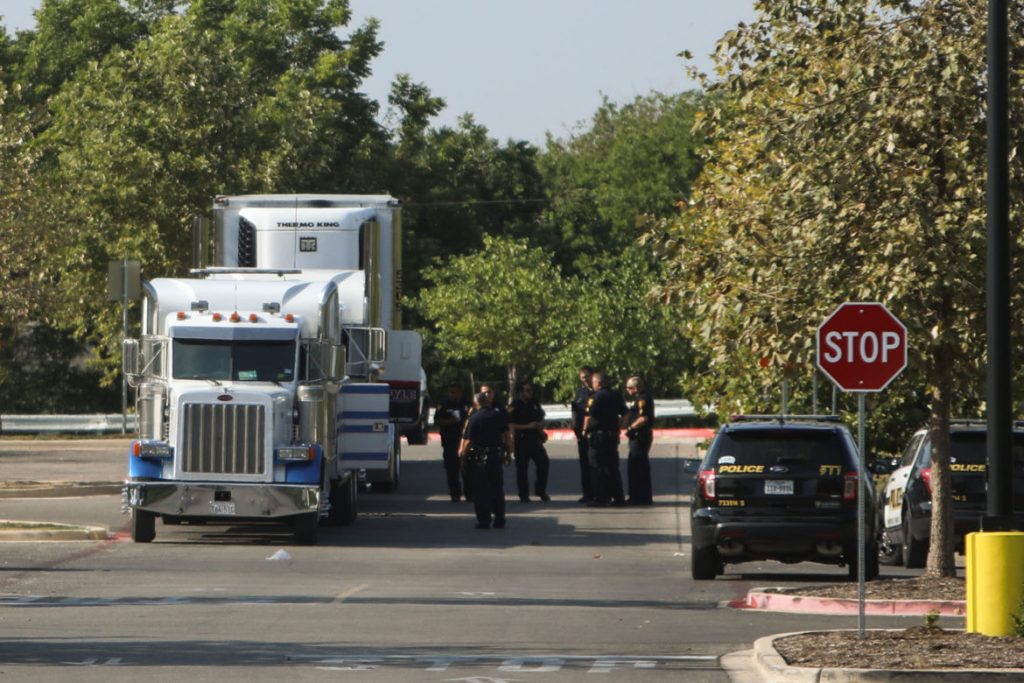 When a Wal-Mart employee noticed people streaming from the back of the truck, he rushed over to provide assistance and dialed 911. Several people were already dead; more than 20 were sent to local hospitals with extreme dehydration, asphyxiation and other health issues. By Monday 10 people had perished.
Wright is right: It’s NOT just about the butterflies. Nor is it just about property rights. It’s about much much more than that.
Find the National Butterfly Center’s Stop Trump’s Border Wall Legal Defense Fund campaign here.
Related posts: