What will happen to pollinator advocacy under President Trump?

Monarch butterflies undertook an unusual migration this 2016 season as a series of small pulses and late season flyers moved through the Texas Funnel en route to Mexico, replacing the concentrated butterfly wave that usually makes passage in mid-late October. 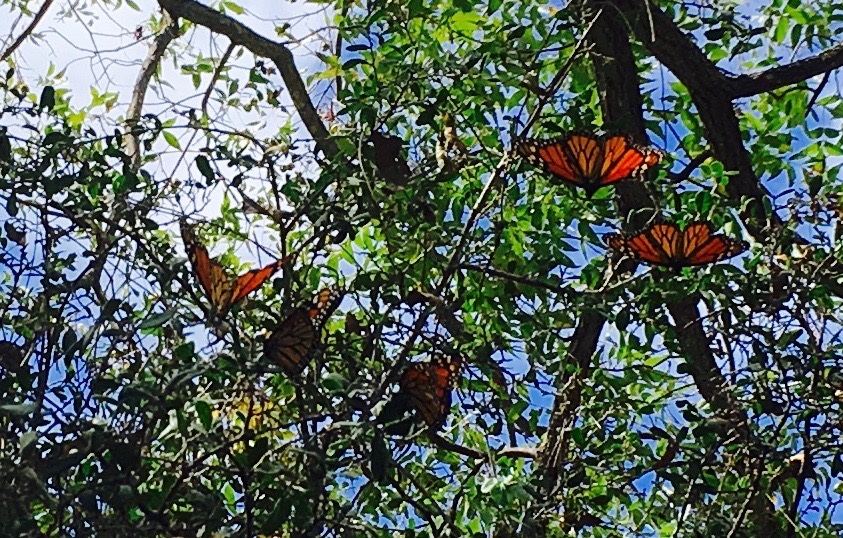 Monarchs were late to the party in 2016. Sounds like an election night the country just experienced. Photo by Monika Maeckle

As October gave way to the first day of November and the hottest temperatures in history, Monarchs continued their reproductive activities–dropping eggs, hatching caterpillars and forming chrysalises up until Election Day. Scientists, citizen scientists and casual observers all wondered: what the heck is going on?

The same question could be asked in this unprecedented election of a President. Past history and polling data proved wildly out of sync with the fact that on November 8, 2016, Americans elected Donald J. Trump their 45th president of the United States. Just like this season’s Monarch migration, that reality is generating a slew of head-scratching questions for those of us who care about butterflies. 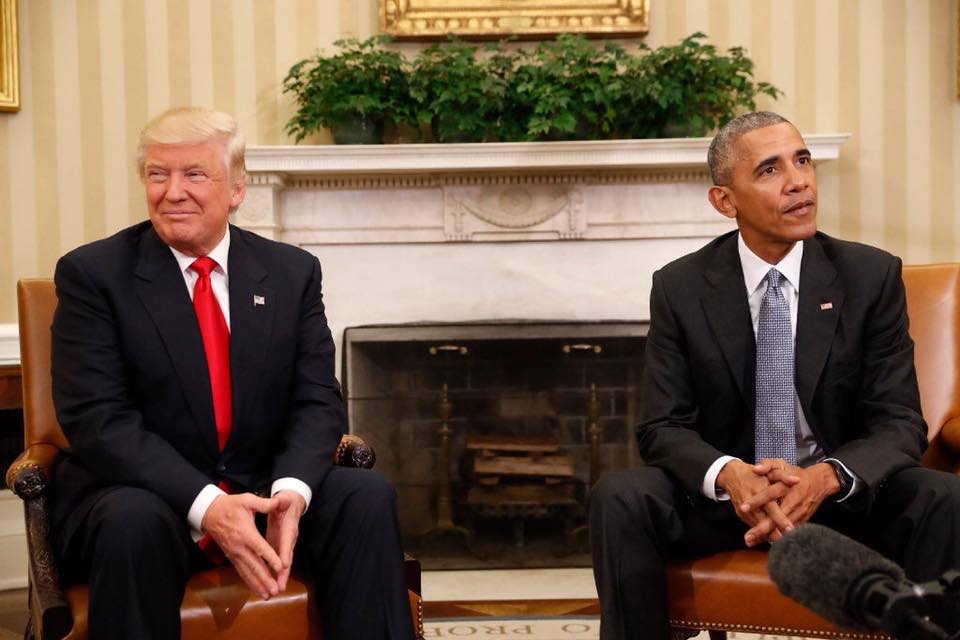 Before we speculate on what a Trump presidency might hold for pollinator advocacy, let’s recap President Barack Obama’s great work on behalf of pollinators.

In 2014, following the petition proposing listing of Monarch butterflies as “threatened” under the Endangered Species Act, President Obama met with the president of Mexico and prime minister of Canada to discuss a Pan-American strategy for saving the iconic Monarch butterfly migration.  He and First Lady Michelle Obama planted the first-ever pollinator garden at the White House. Pres. Obama also announced the formation of a Pollinator Task Force that produced the National Pollinator Strategy in 2015. The 58-page document outlined three ambitious goals for the U.S.:

The National Pollinator Strategy called for the creation of a “Monarch butterfly highway” of native plant and prairie restorations along the IH-35 corridor from Duluth, Minnesota to Laredo, Texas.  Interestingly, every state along that corridor voted for Trump except for Minnesota.

In June of 2016, Obama met again with his fellow North American leaders, los Tres Amigos, and reconfirmed the Pan-American commitment to preserving the Monarch butterfly migration.

There’s no doubt that much of the advocacy, progress and attention to Monarch butterflies and other pollinators in the last two years has directly resulted from President Obama’s focus.  He will surely go down in history, among the growing community of committed pollinator advocates,  as “the pollinator president.”

Programs such as the National Wildlife Federation’s Mayor’s Monarch Pledge, research funding and grants focusing on milkweed habitat and prairie restoration, pollinator focused educational outreach and events through organizations like Monarch Watch, the Xerces Society and Monarch Joint Venture, and programs geared to encouraging private land owners to restore pollinator habitat on their properties in exchange for reduced property taxes have resulted from Obama’s pollinator focus.

And what will happen to these programs under a Trump Administration?

“The short answer is…it’s just too early to tell,” said Susan Kaderka, Southwest regional director of the National Wildlife Federation. “The Monarch work has been very popular—with states in the flyway, including many that went for Trump, with major cities and towns large and small. So it may be that it will continue, though I am sure USF&W is spending some money on it and it is unclear what will happen to that.” 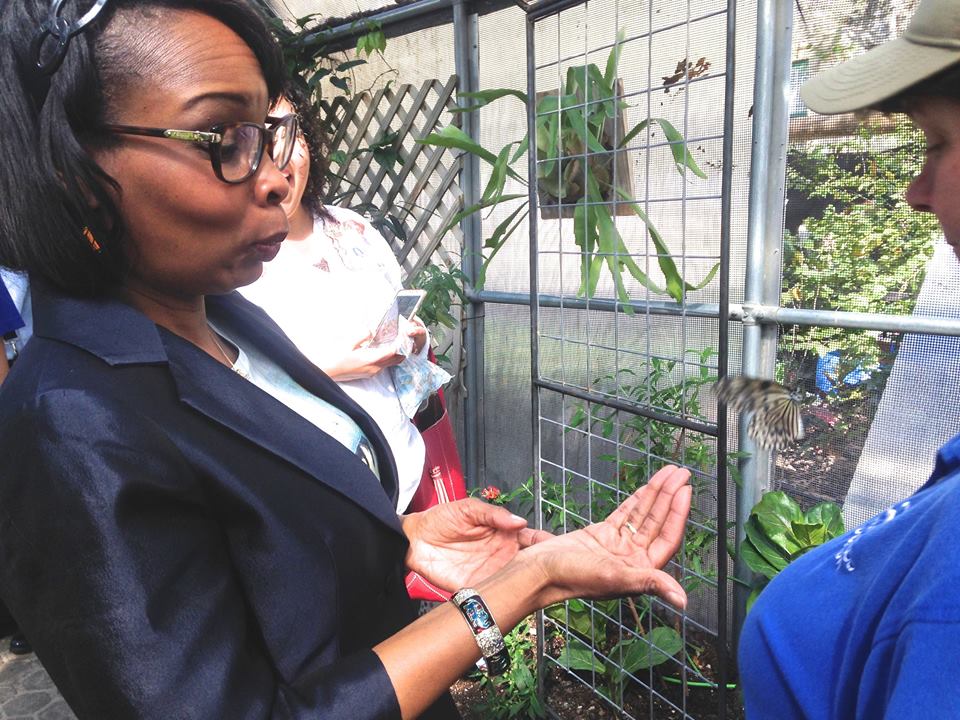 Monarch butterfly and pollinator advocates inside government and out echoed feelings of doubt and bewilderment. Most did not want their names attached to their quotes.

Several suggested that programs and initiatives might be safe for a while, as the new Trump administration focuses its attention elsewhere in the early days. A call for more reliance on private sector funding and pulling together for the long haul were common themes.
One government staffer mentioned a review of Trump’s 100-day mandate, which includes freezing all federal jobs, except positions in the military. “This will no doubt strain federal budgets indirectly or directly,” said the staffer.

Monarch expert Dr. Lincoln Brower, who helped initiate the petition to have Monarch butterflies listed as “threatened” under the Endangered Species Act, characterized his feelings this way. “Impossible to know, but I’m not optimistic,” he said. The listing is still under review and should be resolved by June 2019–year two of a Trump presidency.

President-elect Donald Trump has been characteristically vague about specifics regarding his future environmental policies, but he is regarded as a climate change denier and an advocate for freeing the domestic oil and gas industry from regulators. His website “positions” page doesn’t even include environment or climate change as a topic, but under energy, it states “Make America energy independent, create millions of new jobs, and protect clean air and clean water. We will conserve our natural habitats, reserves and resources. We will unleash an energy revolution that will bring vast new wealth to our country.”

Trump has labeled climate change a “hoax,” discussed dismantling the Environmental Protection Agency, and said more than once that he’s going to “bring back coal.” He has expressed a desire to undo the Clean Power Plan, and declared he will backpedal on the Paris climate change agreement signed by President Obama and representatives from 175 other nations in April. 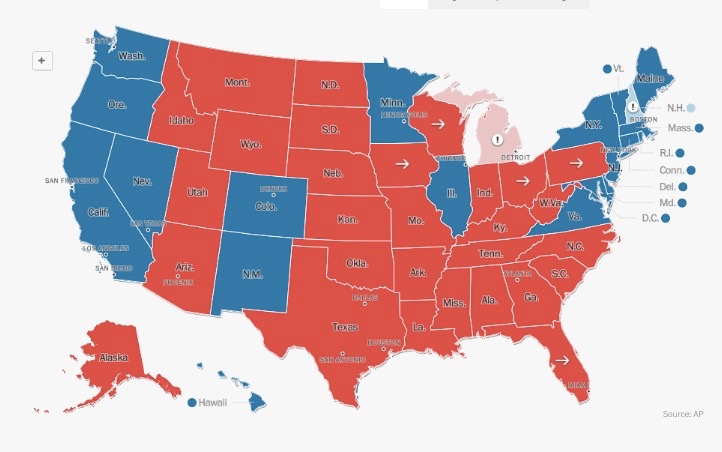 Every state along the Monarch butterfly highway IH35 corridor went for Trump except for Minnesota. Courtesy graphic

As head of the Competitive Enterprise Institute, a nonprofit organization devoted to “advancing the principles of limited government, free enterprise, and individual liberty,” Ebell and his anti-science positions are well-known.

Ebell once dismissed global warming as “a fad” and rationalized it as perhaps a good thing.  He wrote in a blog post on the CEI website “Complementing the weak scientific case for alarm, many people have realized that warmer climates are more pleasant and healthier. That’s why Americans move to Phoenix or Florida when they retire. If global warming theory turns out to be correct and winters become milder, then they may not be so eager to move from Michigan or New York.”

Scientific American, characterized Ebell’s role this way: “His participation in the EPA transition team signals that the Trump team is looking to drastically reshape the climate policies the agency has pursued under the Obama administration.”

As for Secretary of the Interior, the cabinet position that oversees federal lands, wildlife and rules on endangered species listings, Trump is considering Lucas Oil cofounder Frances Lucas, according to several news reports. Trump’s son, Donald Trump Jr., an avid big game hunter who created a stir earlier this year when photos of him with his African safari kills went viral via social media, is also being considered for the job, as is former vice presidential candidate Sarah Palin, known for her call to “Drill Baby Drill.”

Trump’s January 2016 interview with Field and Stream Magazine includes his references to his sons’ love for hunting and their shared belief that our national parks system, which is celebrating its 100th anniversary this year, has been badly managed and maintained:  “..One of the things they’ve complained about for years is how badly the federal lands are maintained, so we’ll get that changed,” Trump told the magazine’s Anthony Licata.

Trump also said he’s “very much into energy” and “very much into fracking and drilling,” adding that “we never want to be hostage again to OPEC and go back to where we were.” Trump told Licata that he supports energy exploration, “as long as we don’t do anything to damage the land.”

Sustainability, renewable energy, government support of research and development into habitat protections and restoration have not been part of the Trump conversation with the public. For the next two months, an information vacuum with be filled with speculation. We will have to wait until Jan. 20 to find out Trump’s intentions.