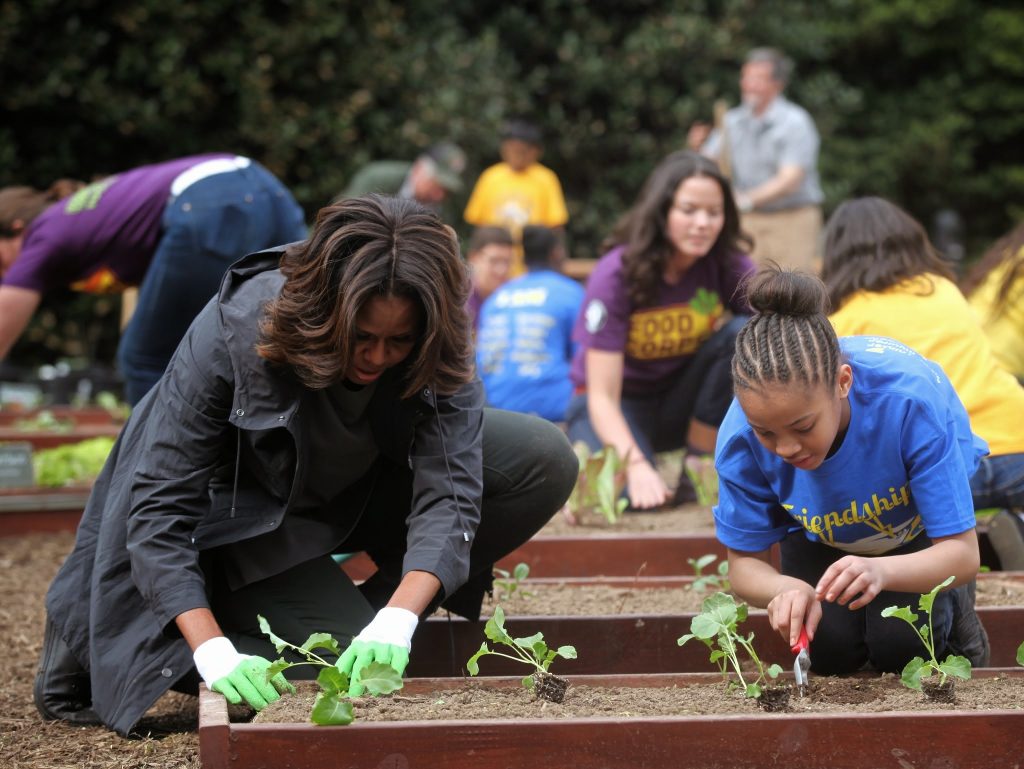 On April 2, during its spring installation, 1600 Pennsylvania Avenue added Swamp milkweed, Asclepias incarnata and Butterfly weed, Asclepias tuberosa to the 1500-square-foot garden.  The milkweed species will serve as Monarch host plant as well as a favored nectar source to bees and other butterfly species.

Coming soon to the first ever pollinator garden at the White House: Asclepias incarnata, Swamp Milkweed. Photo by Monika Maeckle

In her remarks to the 25 school children assisting in the planting, Mrs. Obama explained  she was adding flowering inedible plants to the vegetable garden because she wants to “help bees and butterflies.”  Until now, herbs and vegetables have occupied all 34 of the garden’s beds since it was first planted in 2009.
“A pollinator garden helps to encourage the production of bees and Monarch butterflies.  They pollinate the plants, they help the plants grow,” said the First Lady.  “They’re dying because of disease–we don’t even know why some beehives are just totally disappearing.” 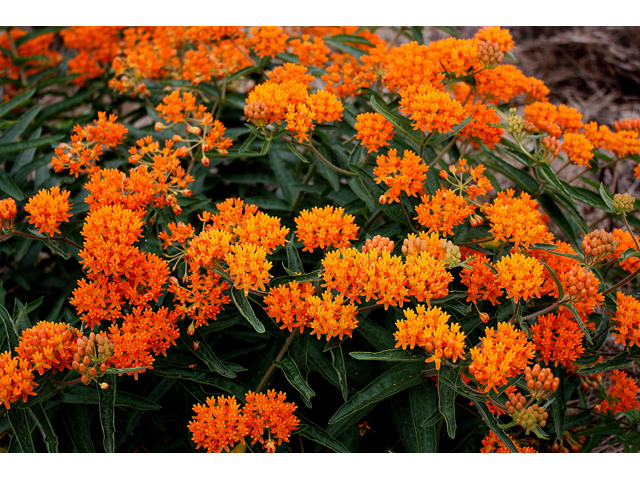 The loss of the insects “could be a problem for the planet because if you don’t have insects and great pollinators to pollinate the plants, it could affect our food source, it could affect our ability to continue to grow things,” Mrs. Obama explained.
“So this garden is going to help to contribute to improving that problem,” she said.  “Pretty cool, huh?”
VERY cool.
The addition of milkweed to this symbolic presidential garden must be viewed as a small victory for pollinator advocacy.
Ever since the news broke in January that this year’s migrating Monarch butterfly population plunged to historically low numbers and scientists suggested that the migration may soon become extinct, Monarch and pollinator advocates have been energized, seeking solutions to the decline.
On February 19, the Presidents of the United States and Mexico, Barack Obama and Enrique Peńa Nieto, and Prime Minister Stephen Harper of Canada, met in Toluca, Mexico to discuss weighty matters of state–border security, economic issues, energy issues, and  immigration.  By the end of the day, they had also agreed to work together to try and save the Monarch butterfly migration, which binds all three countries through the magnificent insects’ North American migration.
Now here we are only seven weeks later–enough time for a Monarch butterfly egg to move through its five instars, form a chrysalis and hatch into a butterfly–and milkweed has been added to the White House garden.
Coincidence?   We think not. 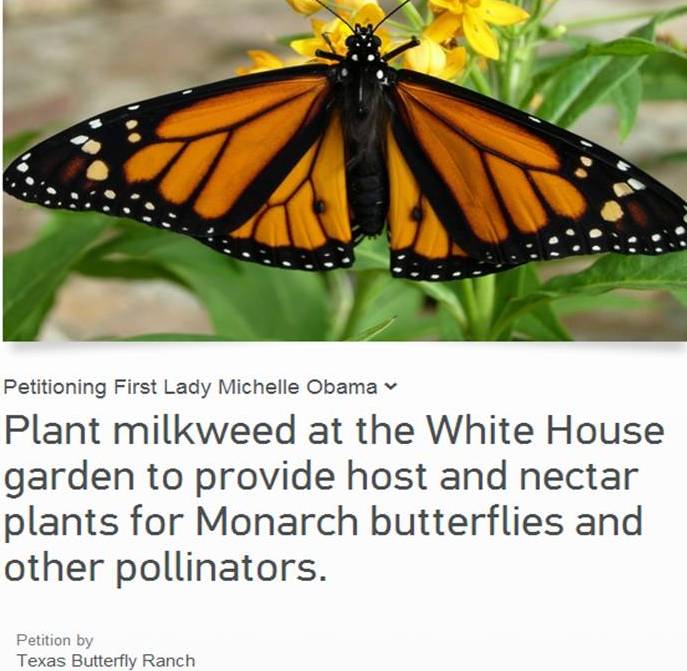 What happened in between is a testament to what is possible when individuals and citizen scientists take action.   As written here previously, the NAFTA gathering galvanized awareness of pollinator decline.
Two groups, the Mexico-based Grupo de los Cien Internacional and Make Way for Monarchs here in the U.S., banded together to form the Milkweed-Butterfly Recovery Alliance  and wrote a letter to the three presidents beseeching them to work together for cross-continent solutions to restoring milkweed habitat. More than 160 scientists, conservationists, artists, naturalists and others signed the letter.
Facebook pages were created, petitions launched (including one by the Texas Butterfly Ranch–thanks to all 508 of you who signed!) and organizations as diverse as the NRDC, the Xerces Society, Pollinator Partnership, Monarch Watch, Monarch Larvae Monitoring Project –even Monsanto expressed commitments to help.
Awareness is the first step in addressing the problem and this small garden cultivates attention at the highest level.  This is progress, pollinator peeps.   Let’s keep pushing.
Related posts: