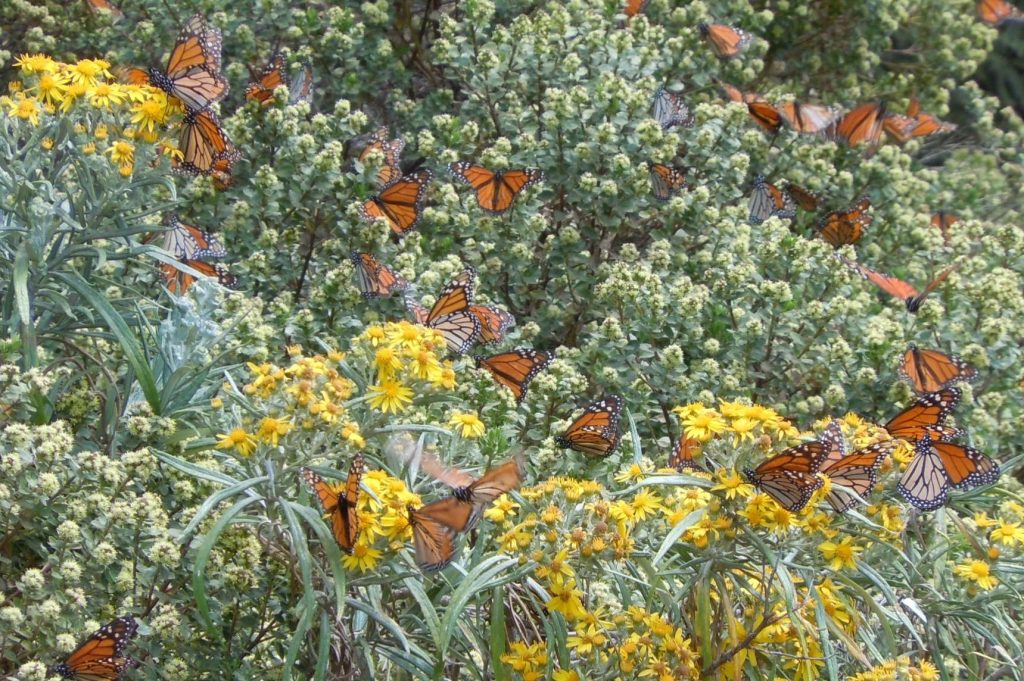 Pennies from heaven? Monarch butterflies have generated more than $800K in research grants for state universities in Texas, thanks to the Texas State Comptroller’s Office. Photo by Monika Maeckle

migrating insect by the Comptroller’s office to more than $800,000 in the Lone Star State, just since last June.

Texas A&M will receive $299,998 to evaluate the Monarch’s population status in Texas–specifically, the species’ lifecycle, migratory habits and the possible existence of overwintering populations.  Dr. Robert Coulson, Entomologist and Director of the Knowledge Engineering Laboratory at A & M, will oversee the research, which he said will fuel the species status assessment required by US Fish and Wildlife as it gauges whether or not the Monarch should be listed as “threatened” under the Endangered Species Act (ESA).
Sam Houston State will receive $207,510 to research disease and pests that threaten the butterfly. Dr. Jerry Cook, Professor & Associate VicePresident for Research Entomology, will oversee the study.
Grant recipients submitted projects for consideration in response to a Request for Proposals (RFP) issued by the Comptroller’s office in February. 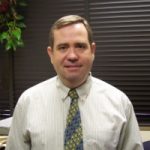 “Funding decisions were made based on recommendations by a non-biased evaluation committee with respect to the criteria detailed in the RFP,” a spokesperson for the Comptroller’s office said via email. After reviewing recommendations, the Comptroller’s office decided to contract with the two universities. Names of committee members were not made public.
The upcoming studies hope to build on research done by previous Comptroller’s office grant recipients.
Last June, the University of Texas at San Antonio received $300K to survey milkweeds across the state. In March of this year, Texas A&M – Commerce was awarded $10,141.04 to conduct a pilot study on how fire ants effect the Monarch life cycle.
All the attention is motivated by an August 2014 petition to list the Monarch butterfly as “threatened” under the Endangered Species Act (ESA).
In Texas, the State Comptroller’s office oversees the Interagency Task Force on Economic Growth and Endangered Species. The Task Force works with landowners, industries, local communities and institutions to assess the economic impact of proposed ESA species listings in Texas. Research surrounding the ramifications of ESA listings are funded by annual $5 million appropriations approved by the Texas Legislature.
“If the butterfly is listed, many industries important to our state’s economy could be affected, from agriculture to land development to energy production,” said Hegar in a press release. “This crucial research will identify best practices for the voluntary protection of the species on private lands.” 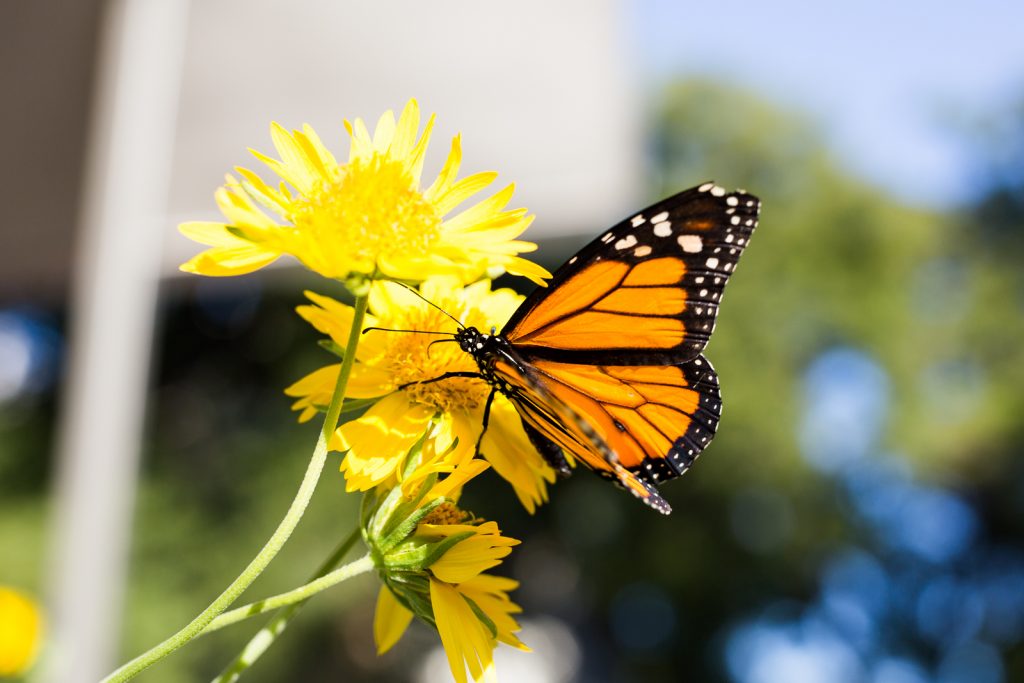 Will Monarchs be listed as “threatened” under the Endamgered Species Act? We’ll know in three years. Monarch on Cowpen daisy. Photo by Scott Ball

The news comes on the heels of a court settlement also announced on July 5 that the USFWS, which rules on all endangered species listings, was awarded three more years to determine whether or not the Monarch butterfly should be listed. USFWS must issue a decision by June 30, 2019, as well as pay the legal bills of the Center for Biological Diversity and Center for Food Safety, the two environmental groups that launched the ESA petition in August 2014.
While USFWS was aware the Texas Comptrollers’ office was working to incorporate more universities into the Monarch research grant cycles, a spokesperson said the timing of the announcements was a coincedence. The recent ruling suggests that at least for the next three years, continued research grants will be focused on Monarch butterflies.
“We now know Fish and Wildlife Service will be making its decision whether or not to list the Monarch butterfly under the Endangered Species Act by June of 2019,” said Dr. Robert Gulley, director of economic growth and endangered species management for the Comptroller’s office. “We believe the research the Comptroller’s office has commissioned, which includes looking at the fifth generation of Monarchs in Texas and the fall migration, will be important in ensuring good science is available when that decision is made.”
Related posts: