A year after President Obama announced a National Pollinator Strategy with plans to create a pollinator corridor along Interstate Highway 35 (IH35), the Texas Department of Transportation (TxDOT) signed an agreement to work with five other states to make the “Monarch Highway” a reality. 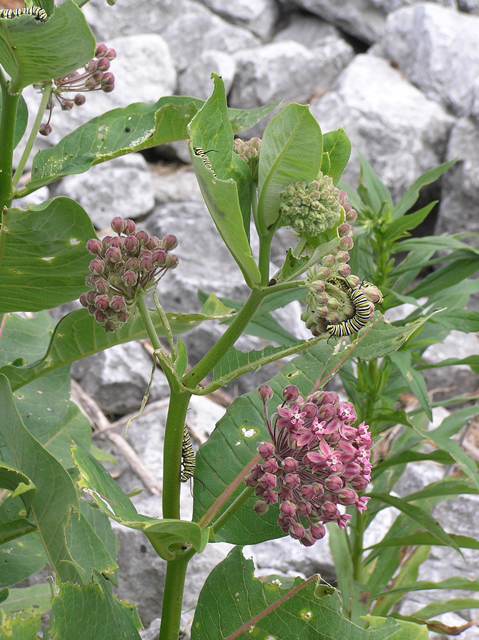 Common milkweed, host plant to the Monarch butterfly, is one of two native milkweeds to be planted along the Monarch Highway in Texas by TxDOT. Photo by Mark Hixson via Ladybird Johnson Wildflower Center

On May 26, Texas joined Minnesota, Iowa, Missouri, Kansas and Oklahoma in signing a Memorandum of Understanding initiated by the Federal Highway Administration. The agreement encourages collaboration among the states to establish best practices and promote public awareness of the Monarch butterfly and other pollinators, and commits the states to plant native milkweeds and nectar plants along IH35, the primary flight path for the migrating insects. A Monarch Highway logo and signage are also in development.
“The I-35 Hill County rest areas are going to be planted with pollinator gardens in the next two months,” said Mark Cross, a spokesman for TxDOT. 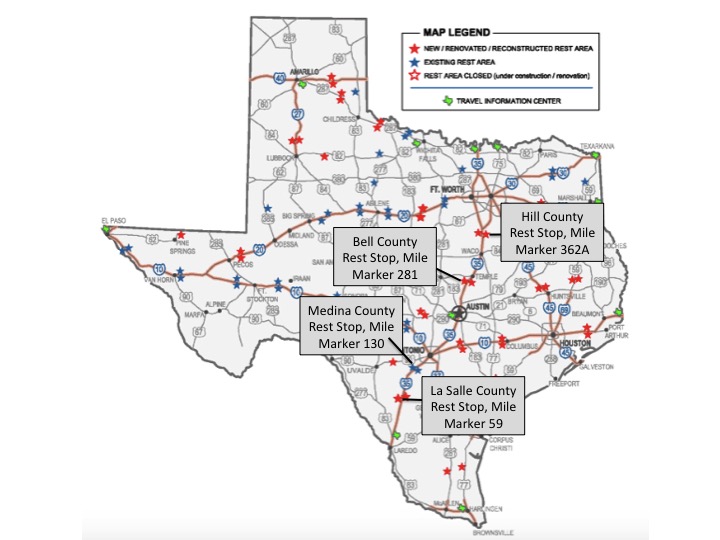 TxDOT has planned four pollinator gardens at rest stops along the Monarch Highway, aka IH35. Graphic by Texas Butterfly Ranch 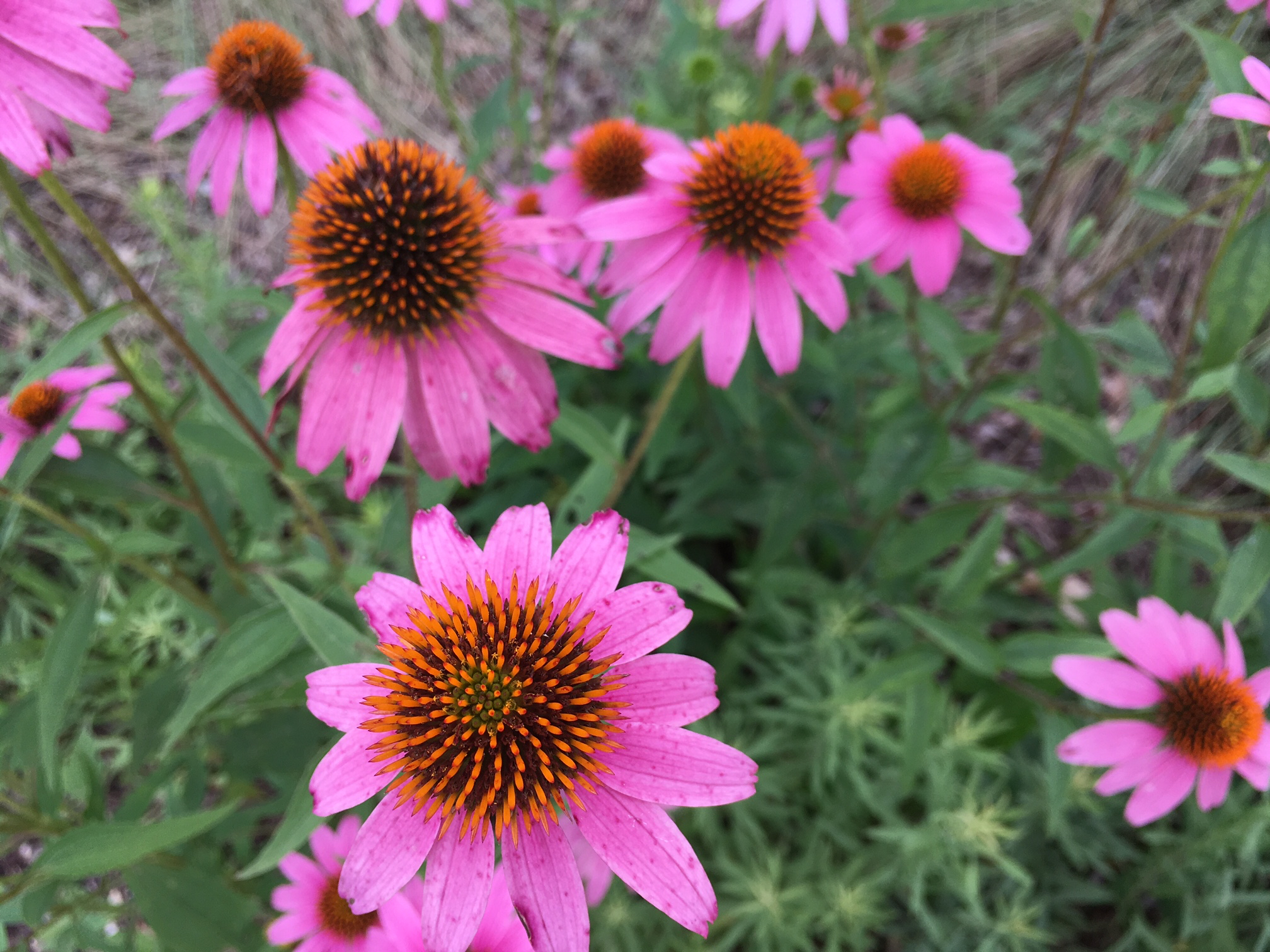 Purple coneflower, an excellent nectar plant, will be part of the seed mix for the Monarch Highway rest stops. Photo by Monika Maeckle

TxDOT also is working with South Texas Natives, a project of the Caesar Kleberg Wildlife Research Institute at Texas A&M University-Kingsville, to promote and make available appropriate native seed mixes for Texas.
From its start in Gainesville, Texas at the Red River to its finish in Laredo on the Rio Grande, IH35 in Texas brags almost 590 miles–more than any other state. The Lone Star State also serves as the “Texas Funnel” for the Monarch butterfly migration, since all migrating Monarchs must pass through Texas as they move north in the spring and south in the fall, to and from their ancestral roosting sites in Michoacán, Mexico.
In the spring, the butterflies seek their host plant, milkweed, on which to lay their eggs; in the fall, they fuel up on late season nectar plants to power their flight to Mexico, which can exceed 2,500 miles.
Local Native Plant Society of Texas President Joan Miller applauded the news and said that planting of the sites will be incorporated as a service project at NPSOT’s annual symposium in Glen Rose the week of October 14. “The educational value of the installations are extremely important to understanding the use of native plants in landscaping whether it is on public or private property,” said Miller.
As cast in a press release byTxDOT, the Monarch Highway will attract millions of Mexican and Canadian visitors to IH35 each year–but Texas drivers need not worry about more traffic snarls. “They won’t be traveling by road; these visitors will arrive by air as part of a fascinating and fragile migration that happens twice a year.”
Related posts: