IH35 to become Pollinator Corridor for Bees, Monarch Butterflies, and other Pollinators

President Barack Obama has an exciting plan on the table with special meaning for Texas:  Interstate Highway 35, known as IH-35 or I-35 in the Lone Star State, will be the focus of a national strategy to bring back honey bees, Monarch butterflies and other pollinators.

Coming Soon:  IH-35 to become a pollinator corridor for Monarchs, bees and others pollinators. Video by Monika Maeckle

Starting in Duluth, Minnesota and ending in Laredo, Texas, the 1,568-mile-long highway links three of Texas’ largest metropolitan areas–Dallas/Ft. Worth, Austin and San Antonio. Soon it may be better known for an ambitious prairie restoration than for its famous traffic snarls and congestion.

The Office of the President announced the proposed pollinator corridor in the National Strategy to Promote the Health of Honey Bees and other Pollinators, a 58-page document released May 19.  It continues Obama’s steady drumbeat on behalf of the insects responsible for pollinating 75% of all plants and making one of every three bites of food we eat possible.

In the past 12 months, President Obama has met with the presidents of Mexico and Canada to discuss a Pan-American strategy for saving the iconic Monarch butterfly migration; planted the first-ever pollinator garden at the White House with his wife Michelle; and announced the formation of a Pollinator Task Force that produced the National Pollinator Strategy document.  Obama will surely go down in history as the “pollinator president.”
The goals of the strategy are ambitious and far-reaching:

1.  Reduce Honey bee colony losses by more than 15% within 10 years.
2.  Increase the migrating Monarch butterfly population to 225 million (their historic average), with an occupation of 15 acres in Michoacán by 2020.
3.   Restore or enhance seven million acres of pollinator habitat over the next five years. 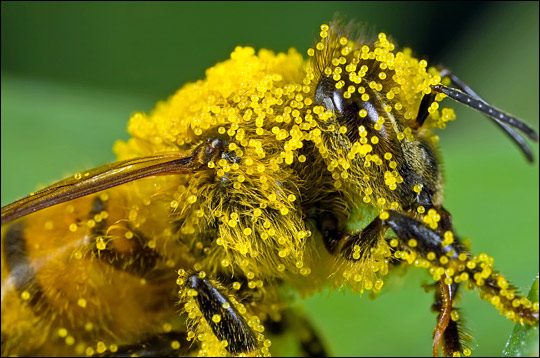 Why the big focus on pollinators? Because they’re under siege.

Beekeepers lost 40% of their honey bee populations last year.  The beloved Monarch butterfly, whose iconic migration weaves together three countries, has also suffered enormously.  Their entire eastern population occupied only 1.65 acres at their roosting sites in Michoacán, Mexico in 2013–an area smaller than the average Wal-Mart store and representing a drop of 90% from their peak in the 1990s.   While the Monarch has made a slight rebound this last year, the general numbers continue to be worrisome, as the butterfly is also considered an indicator of general ecosystem health, the “canary in the cornfield.”

Bats, moths, beetles, birds and other butterflies all face the multi-whammy of habitat destruction, genetically modified crops reducing their wildscape habitats, pesticide abuse and climate change.  The myriad challenges are taking their toll as reflected in the submission of the Monarch as a candidate to be listed as “threatened” under the Endangered Species Act last August.

Governments across the hemisphere are concerned about this loss of our natural heritage as well as the possibility of putting an affordable, diverse food supply at risk. Given that  the unpaid pollination services provided to the U.S. by the bees, wasps, flies, butterflies, moths, bats, beetles, and birds totalled $15 billion in 2009, the $82.5 million budgeted in the strategy for honeybee research in the coming budget year, up from $34 million, seems like a good investment. In China, for example, fruit trees and other crops must be pollinated by hand because of the loss of insect pollinators attributed to pollution and other factors. 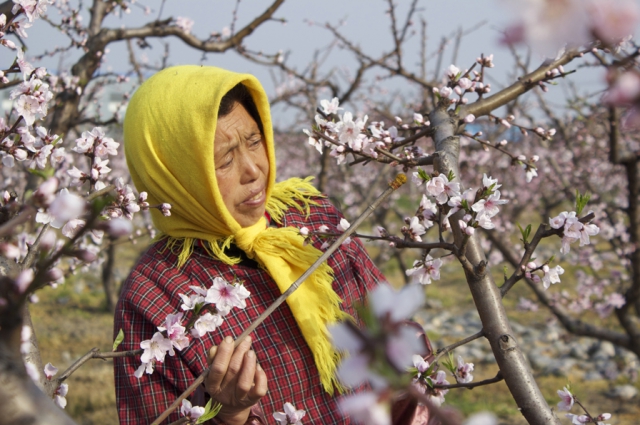 The strategy document’s third stated goal holds special meaning for the Lone Star State:  restoration of seven million acres of habitat focusing largely on federal lands and the IH35 corridor.
With almost 600 miles of IH35 here, almost double the I35 miles in any other state, “Texas is indeed poised to be a big player in this Federal Pollinator Strategy,” said Don Wilhelm, US Fish and Wildlife Region 2 Partners for Fish and Wildlife Coordinator, via email.

Texas has almost double the mileage of IH 35 of any other state. Graphic via Wikipedia

With its proximity to Mexico and status as the “Texas Funnel,”  through which Monarch butterflies, Mexican free-tailed bats, and myriad pollinators migrate south, Texas will be a big beneficiary of government funding and public-private partnerships focusing on the research, outreach, education and land restoration efforts outlined in the document, Wilhelm said.  It’s important to note that the IH35 “focus” does not translate literally to mean pollinator plantings adjacent to 70-mile-per-hour highway traffic.  While rest areas and area landscapes will include pollinator plantings, the “focus” references the general area surrounding the IH35, USFWS staff stressed.

Texas also is home to the premiere native plant center in the country, The Ladybird Johnson Wildflower Center in Austin.  In fact, the Austin native plant paradise is already working with the Federal government on ways to increase native milkweed seed production species and prototypes.  Also involved: the Caesar Kleberg Wildlife Research Institute at Texas A&M University-Kingsville.  And further south on the border in Mission is the National Butterfly Center. 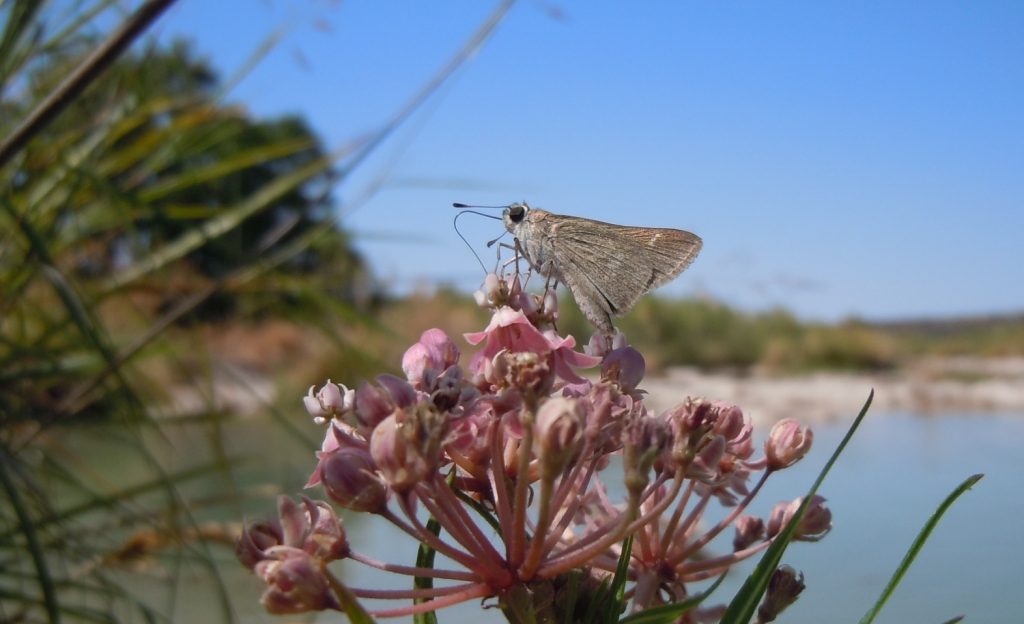 Looking to see more of these on native milkweeds: Skipper on Swamp Milkweed, Llano River  Photo by Monika Maeckle

On page 26 of the document, another opportunity awaits Texas:   federal agencies will be working with the Edison Electric Institute, a trade association of electrical utilities, and the National Electric Reliability Council (NERC) on redefining the rules for transmission line rights of way (RoW) habitat.  “These RoWs can be cost-effectively managed to offer prime pollinator habitat of low-growing grasses, forbs, and shrubs, using techniques such as Integrated Vegetation Management (IVM).”

Texas is home to dozens of power companies including two of the largest publicly owned utilities in the country.   CPS Energy in San Antonio is the largest municipally owned electric and gas utility in the country;  Austin Energy is the eighth largest municipally owned electric utility.  These entities, lauded for their progressive policies on renewable energy by the Pew Center, own tens of thousands of acres of land and control thousands of miles of right of way (RoW) habitat under power and transmission lines. 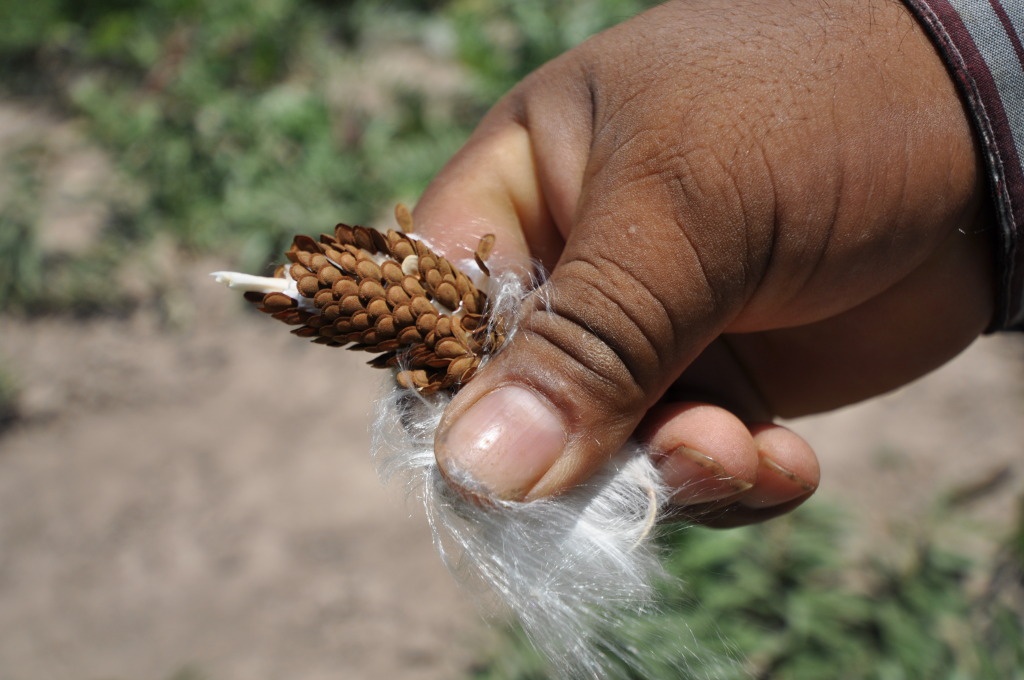 A huge opportunity exists to manage these areas as pollinator friendly areas of low growing grasses, forbs, and shrubs.    Federal agencies are revising the rules governing power line RoWs to further these beneficial pollinator practices.  Investor owned utilities can also get on board, but the public utilities will be more inclined to cooperate.  CPS Energy and Austin Energy have a unique opportunity to make pollinator power happen here.  (NOTE:  I work as a communications consultant to CPS Energy and have proposed a pollinator policy in the past.)   This federal nudge will likely get things moving.

The process has begun.  Dr. Julie McIntrye, USFWS endangered species ecologist in Albuquerque, New Mexico, relayed via email that a Monarch Outreach Specialist has just been hired by the agency to focus specifically on utilities and the IH-35 corridor.  One of the many priorities of this position: create more pollinator habitats with RoWs, pollinator habitats at rest-stops, and “getting the I-35 Monarch Prairie Passage initiated.”