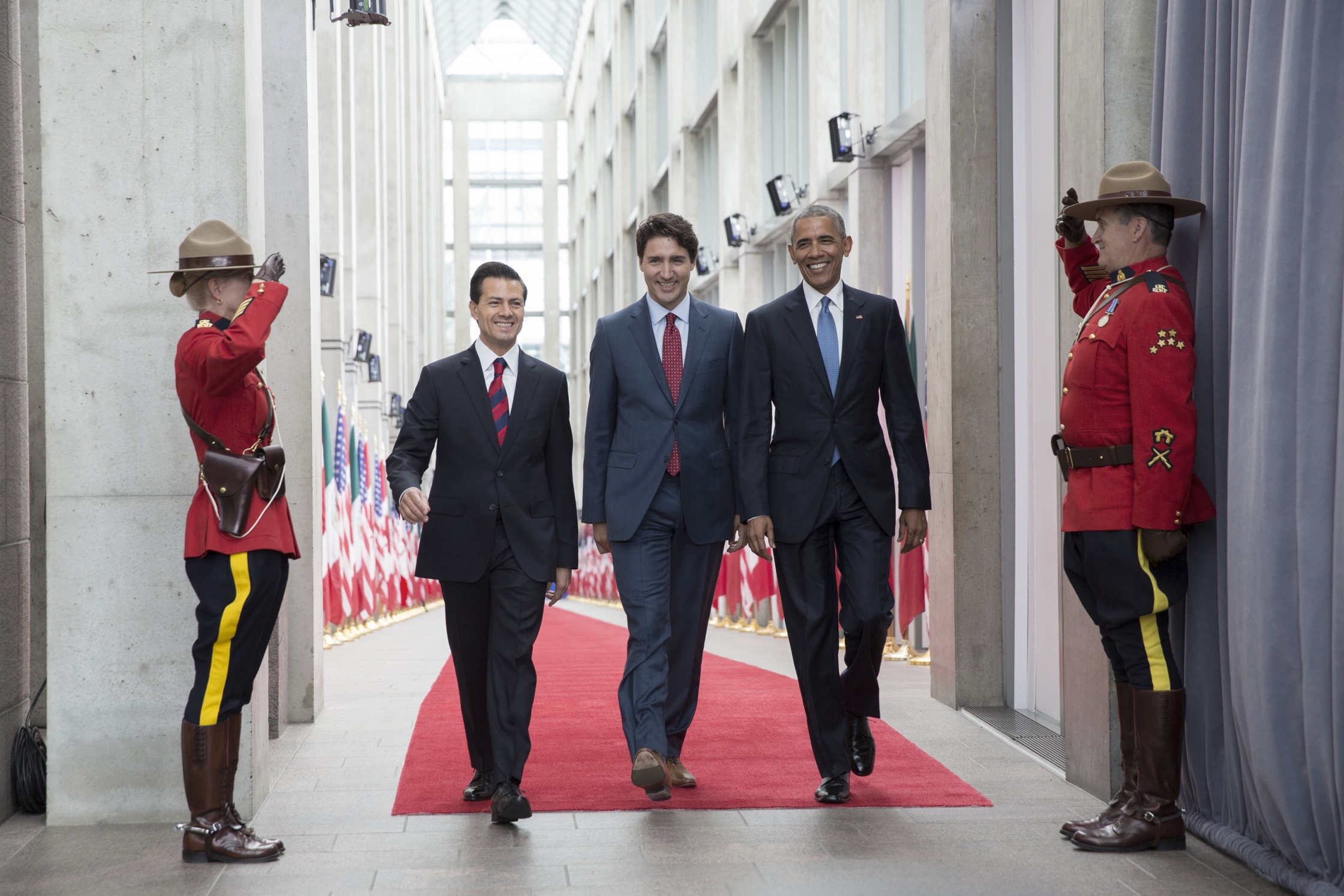 “Three Amigos summit touches on climate change, terrorists and butterflies,” read the headline in the Toronto Sun.
Amidst discussions of clean energy and climate change cooperation and comments that compared Donald Trump to Hitler, the “Tres Amigos” used the Monarch butterfly migration as an example of the three countries’ inherent connectedness in a time of political isolationism.
President Peña Nieto of Mexico mentioned in remarks that Monarch butterflies “no longer need visas” and used the migrating insects as an example of globalism. “This is a species that, in its pilgrimage, we can see how our countries are intertwined,” said Peña Nieto.
President Obama called Monarchs “spectacular.”
“I love the story of the Monarch butterflies,” he said. “They’re not just any species — they are spectacular and we want to make sure that our children, our grandchildren can see them as well.” 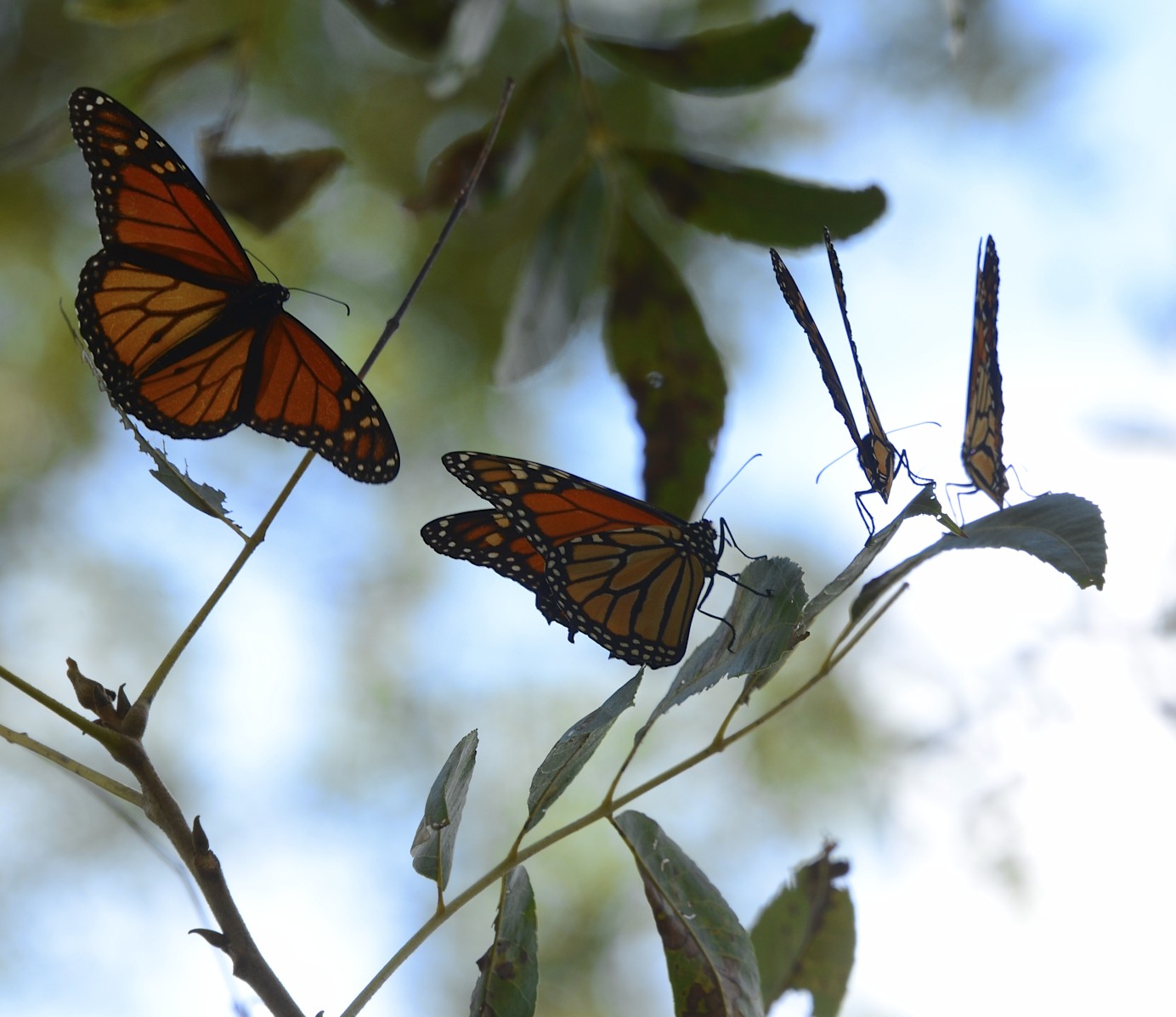 President Peña Nieto of Mexico suggested the Monarch migration symbolizes how our three countries are intertwined. Photo by Veronica Prida 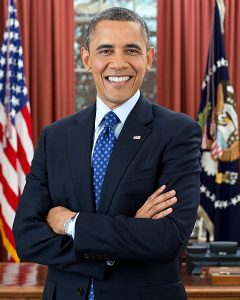 Thanks, Obama! We think Monarchs are “spectacular,” too.  Courtesy photo

The NAFTA Presidents’ reunion came 26 months after they first gathered in Toluca, Mexico and agreed to form a task force to study the situation and “ensure the conservation of the Monarch butterfly.”
In the two years and four months since that declaration, much has changed.
Here in the United States, President Obama ordered up a National Pollinator Strategy upon returning from that trip. When the 58-page document was released a year later in May of 2015, it created a public focus on the plight of pollinators, the Monarch butterfly migration in particular.  Millions of dollars in research grants, educational programs and government supported initiatives began pouring into the cause of restoring pollinator habitat and educating the public, including the National Wildlife Federation’s Mayor’s Monarch Pledge, which encourages communities along the IH-35 corridor to increase pollinator habitat for Monarchs and other species.
Since the 2014 meeting, the Monarch butterfly population has climbed significantly, tripling this last season. But then climate change dealt the recovery a brutal blow with an unseasonable freeze in March, sweeping through the Oyamel forest where the butterflies roost, killing millions of the migrating butterflies and wrecking the forest “blanket” that ensures their warmth in the winter. Scientists are still assessing the damage. Some projections suggest up to 100 million butterflies were killed. 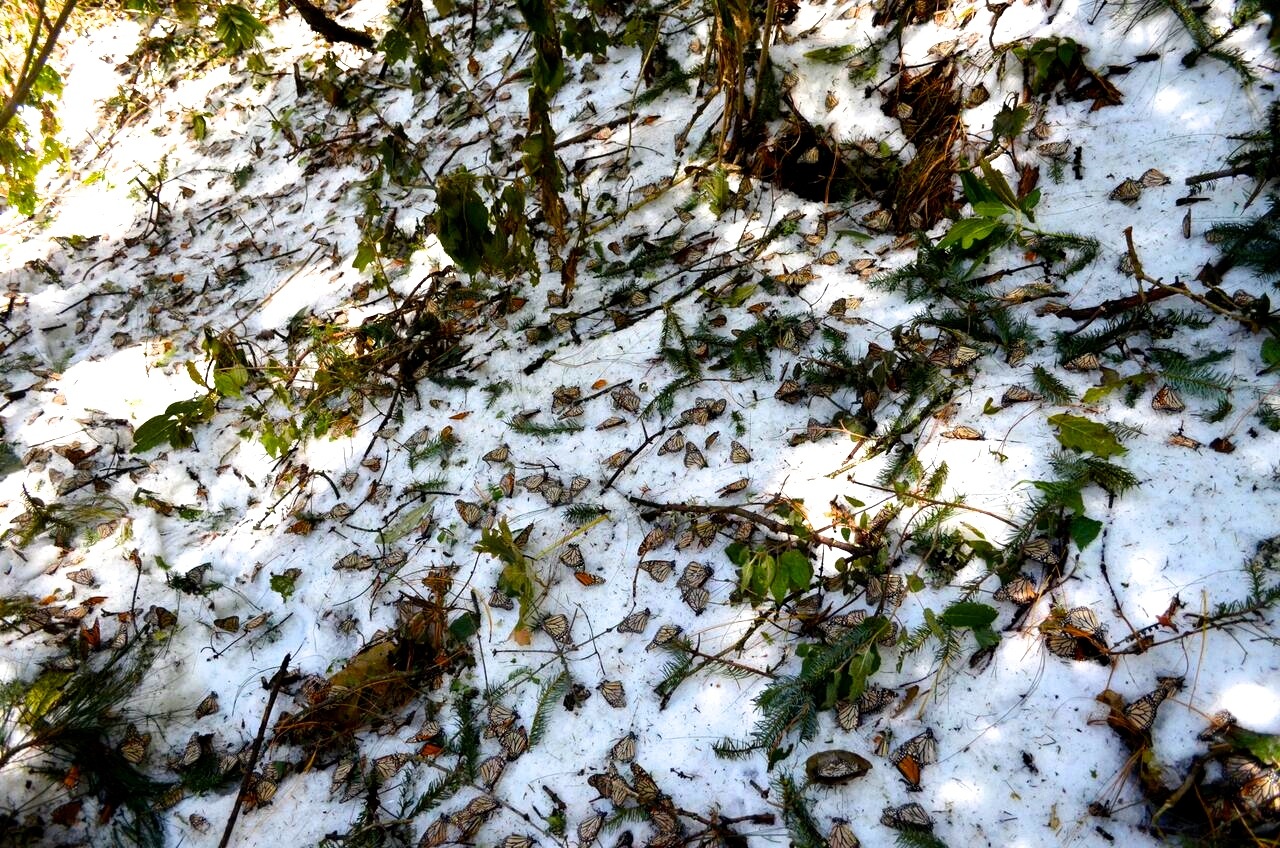 A freak snowstorm in March killed millions of Monarch butterflies this year, just as they were beginning their journey north.Photo by Dr. Isabel Ramíro

Such uncertainty makes a continued North American cooperative effort all the more welcome.
From the Whitehouse press office:

“We reaffirm our commitment to work collaboratively to achieve our long term goal of conserving North America’s Monarch migratory phenomena and to ensure that sufficient habitat is available to support the 2020 target for the eastern Monarch population.