The San Antonio Zoo will stage its third annual Monarch Fest this weekend, March 3 and 4. The event celebrates San Antonio’s status as the nation’s first Monarch Champion City so designated by the National Wildlife Federation’s Mayor’s Monarch Pledge program. It also heralds the upcoming arrival of migrating monarch butterflies, which will soon depart their winter roosts in Mexico and make their way north to San Antonio and the Texas Hill Country. 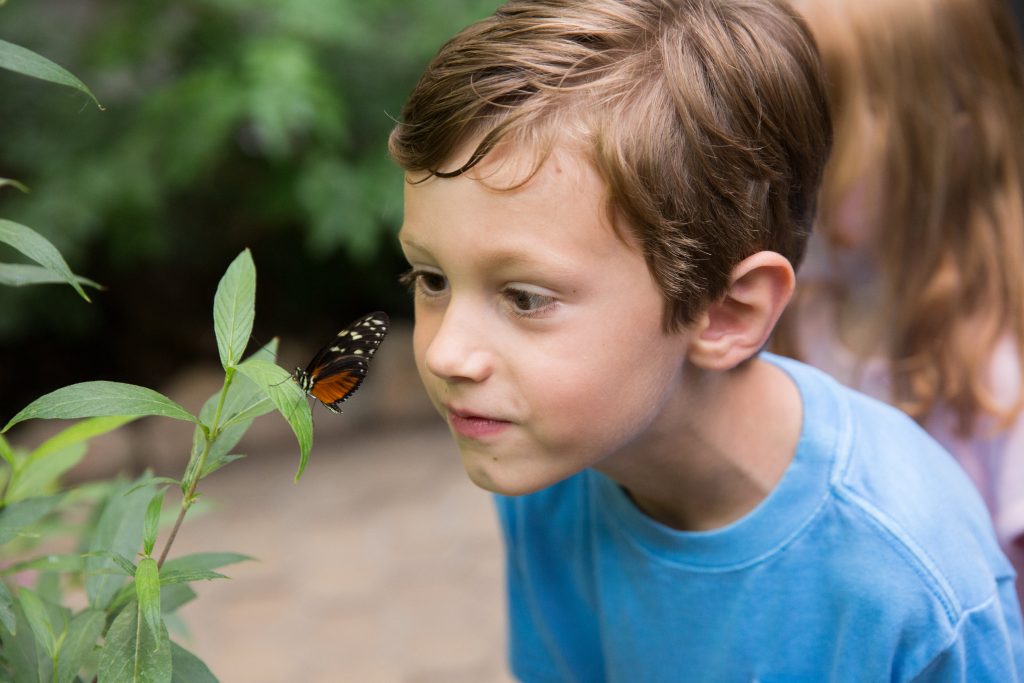 Close encounters of a butterfly kind can be had at the San Antonio’s Monarch Festival this weekend, this one with the Spotted Glassy Wing, Tithorea tarricina.  Courtesy photo.

On the Monarch Fest agenda this weekend: a native plant sale and seed giveaway, kid-friendly crafts and educational activities, and booths/displays by more than a dozen local pollinator advocacy organizations.
The event also marks the seasonal opening of the Zoo’s butterfly flight house, a controlled enclosure where mingling with butterflies is the main attraction. Laurie Brown, the Zoo’s education manager for volunteers and guest encounters, has the enviable task of spending $30,000 a year on butterfly livestock. She acquires various native and exotic flyers from all over the world, butterflies like the Malabar Tree nymph,  Idea malabarica, also known as the Paper Kite. 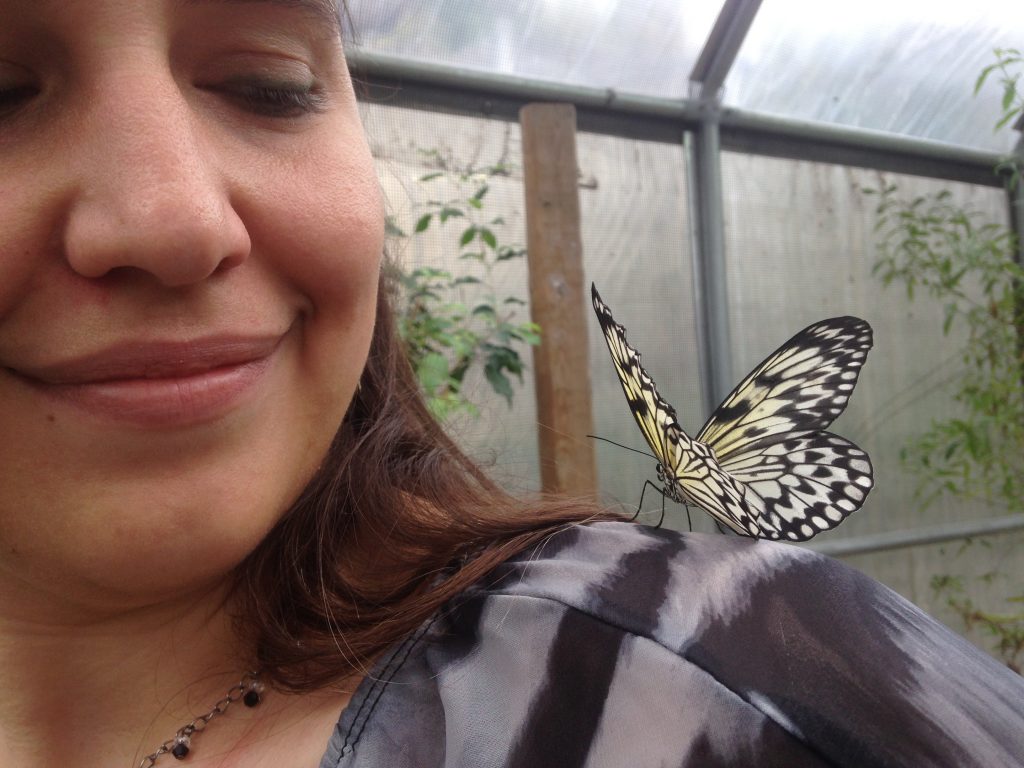 The gorgeous creature flits on plants and shoulders, enchanting visitors with its white and black stained-glass-window style wings. It calls to mind an albino monarch. A flight house stocked with creatures bred specifically for engaging the public is often a unique opportunity to see butterflies from exotic locales in real life, encouraging engagement, understanding, and hopefully, conservation.
The San Antonio Zoo has a long history of conservation. The organization played an important role in saving the endangered Whooping Crane, starting in 1956 when it launched its Whooping Crane Recovery Program. The Zoo’s captive breeding program helped restore 600 birds to the migrating population, which winters on the Texas coast. 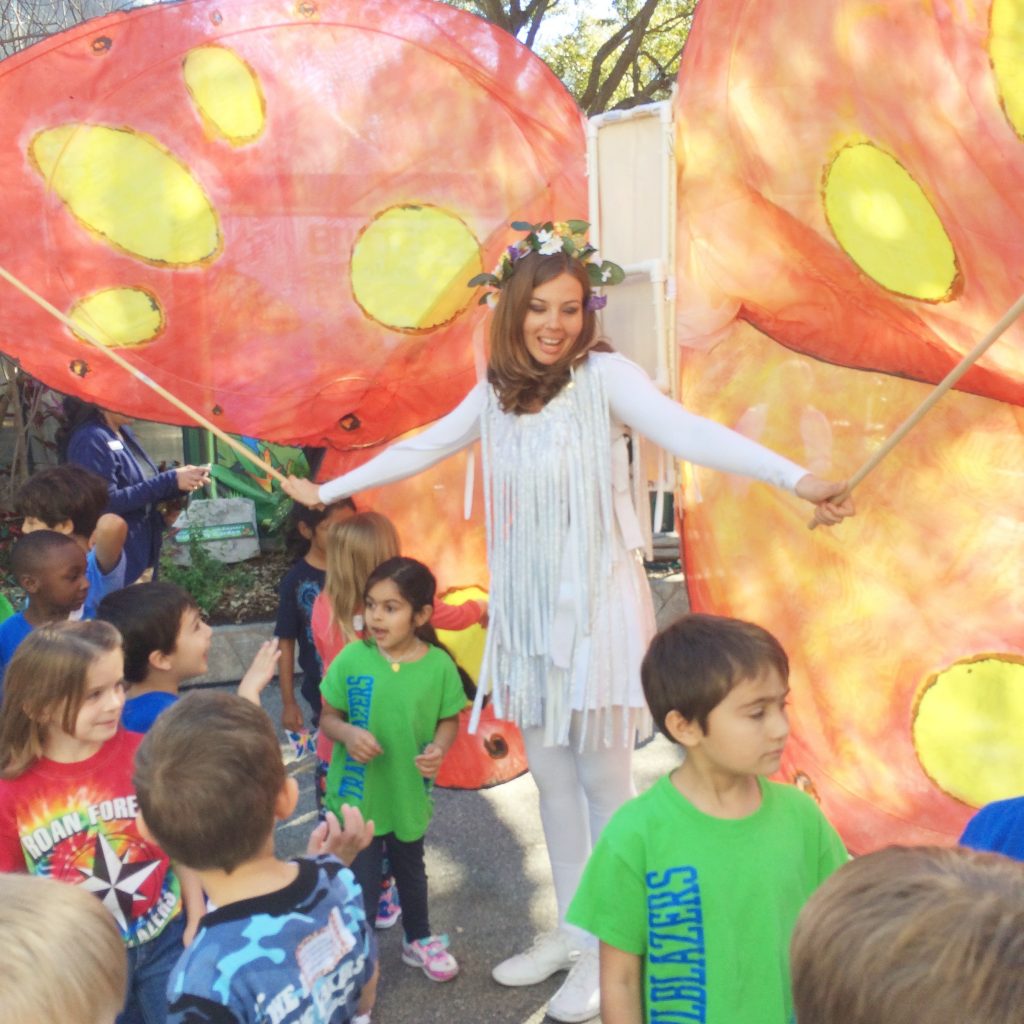 Kids of all ages can get their wings on at this weekend’s Monarch Fest at San Antonio Zoo. Courtesy photo

More recently, the Zoo started a “lizard factory” to assist in attempts to repopulate Central Texas with the Horned Lizard, commonly known in these parts as the horny toad. The once ubiquitous creature, the state reptile of Texas, has become scarce in recent years thanks to the disappearance of its primary food, the red harvester ant. In January, the Zoo opened the doors to its Will Smith Zoo School, a nature preschool at which kids engage in learning about the outdoors. They spend at least half the day outdoors and tackle projects like building binocularsto use for birdwatching.
Area native plant buffs take note that the plant sale will include native milkweeds, native sunflowers and other wildflowers for purchase. Plants and seeds will be available while supplies last.
Monarch Fest runs Saturday, March 3 and Sunday, March 4, 10 a.m. – 2 p.m. The event is free with zoo admission.
Related posts: