A changing climate has prompted Mexican free-tailed bats at the largest bat cave on the planet to advance their migration north from Mexico by two weeks in the spring, a new study suggests.

For hundreds, perhaps thousands of years, millions of bats have arrived at Bracken Cave on San Antonio’s north side in mid-late March. But now the bats are arriving two weeks or more earlier, a study of 23 years of weather radar data indicates. The research, conducted by atmospheric scientist Phillip Stepanian at the University of Oklahoma and Charlotte Wainwright of Rothamsted Research, was published in Global Change Ecology last month.

The study confirms what local naturalists and scientists have been noticing for years: spring is arriving earlier.

“Over the last five or six years, we’ve seen the bats returning earlier, coming back around February 21st,” said Fran Hutchins, Director of Bracken Cave Preserve, which is overseen by Bat Conservation International (BCI). Hutchins said BCI is observing similar patterns at other preserves, including colonies at bridges, tunnels and other caves around Texas.

Stepanian, lead author of the study, reviewed 23 years of local weather radar data. “There’s lots of stuff in the sky that weathermen don’t care about,” he said. Bats, birds, even butterflies show up when they move en masse through the skies. “Their bodies are pretty much really really really big rain drops,” said Stepanian by phone, “and radar picks up masses of water.”

Stepanian explained that In 2013, the National Weather Service (NWS) upgraded the entire radar system nationwide. The improvements led to greater abilities for weather forecasters to distinguish between weather and biology. They learned quickly that if the same “cloud” appears each evening at dusk north of San Antonio, it’s not a thunderstorm, it’s bats. 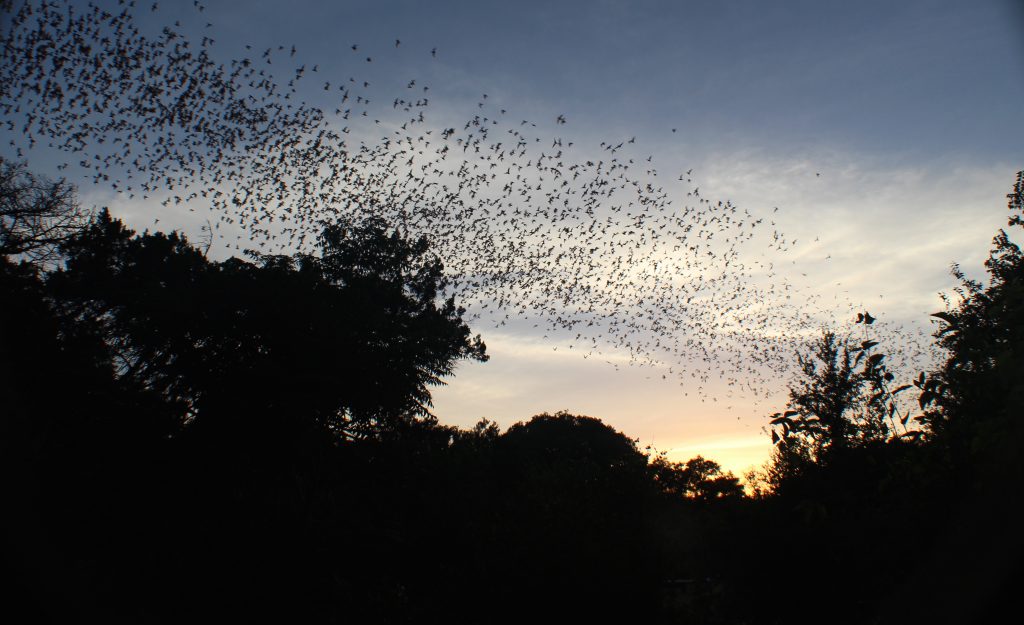 Last summer, a storm of Painted Lady butterflies migrating north through the central U.S. caused a national stir when their 70-mile-wide biomass tracked around Denver. The NWS issued a bulletin explaining the situation and detailed 17 other non weather phenomena that can be detected by radar–flying ants, birds, and beetles as well as chair lifts, wildfires, even severe wind.

Stepanian noted that the uploading of historical data to the web that resulted from  the 2013 radar upgrade made decades of information accessible. Improved computing power facilitated its analysis.

He expects the trend to continue. Warmer temperatures will cause moths and other insects to hatch earlier, and the bats will follow the food. Already, more bats are not even leaving the cave, making San Antonio their winter home. Stepanian’s research shows that two decades ago, one percent of the millions of bats at Bracken remained when migration season arrived in the fall. Now, 3.5 percent of the bats choose to stay here as winter Texans. 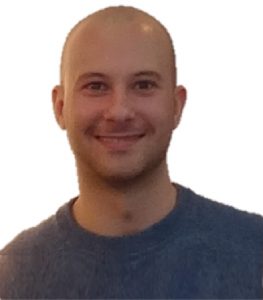 “We have an overwintering population, and that has definitely increased over the years,” said BCI’s Hutchins. “We have warm enough nights that they can come out and forage for food, and we have plenty of insects.” Hutchins noted that despite an earlier arrival, the bats don’t seem to be leaving any later–unless we get a good cold snap, which drives them south.

Could overwintering in the cave have a down side for the bats?
“We just don’t know,” said Stepanian. Some ecologists have expressed concerns that overwintering in their summer homes could cause health problems. The spaces might not have a chance to air out and could become a hotbed for disease or parasites. Also, the gene pool of a migratory population is more diverse, thus more healthy.

Bats from the Bracken Cave bat colony number 15 – 20 million bats in their late summer peak and constitute what is widely considered the largest collection of living mammals on earth. At their maximum population, they consume 140 tons of insects per night. The bats perform an estimated $22 billion per year in valuable ecosystem services, ridding their territories of destructive agricultural pests like corn earworm and fall army worm. They also eat massive amounts of pesky mosquitoes which can carry viruses.

The implications of the changes in their migratory patterns for agriculture and human health will be the subject of future studies.