Monarch butterflies will be moving through the Texas Funnel soon, but in the meantime, another orange-and-black butterfly has arrived in droves.

The American Snout butterfly, Libytheana carinenta, has been moving up the IH-35 pollinator corridor, clogging windshields and car grills along the way.

The long-nosed butterfly with mottled black, orange and white coloration has a reputation for “mass movements” in and around Central and South Texas following late summer rains, according to local biologists and butterfly followers. 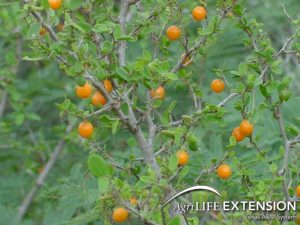 “It’s not a real migration,” said Luciano Guerra, outreach coordinator for the National Butterfly Center (NBC) in Mission, Texas. The snouts are opportunists, following their host plant and looking for mates wherever Mother Nature makes them available.

Snouts, so-called because of their tubular, elephant trunk-like “noses,” lay eggs on the leaves of hackberry trees. The drought-tolerant native is often considered a trash shrub, but it actually serves as a fantastic wildlife plant. Its leaves provide food for snout caterpillars and its berries offer important winter sustenance for birds. Large snout caterpillar populations can completely defoliate a hackberry tree, but the tree will recover.

Larry Gilbert, Professor in the Department of Integrative Biology at the University of Texas at Austin, expert in biological diversity and longtime snout follower, has been watching snouts since he was a kid in Laredo. He cites an incident in the 1970s in which successive rains broke a long drought.

In the adult butterfly stage, snouts nectar on various flowering plants and live about two weeks.The mottled grey insects disguise themselves as dead leaves when their wings are closed. With wings open, they flaunt their orange, black and white accents and are sometimes confused with Monarchs or Painted Lady butterflies. 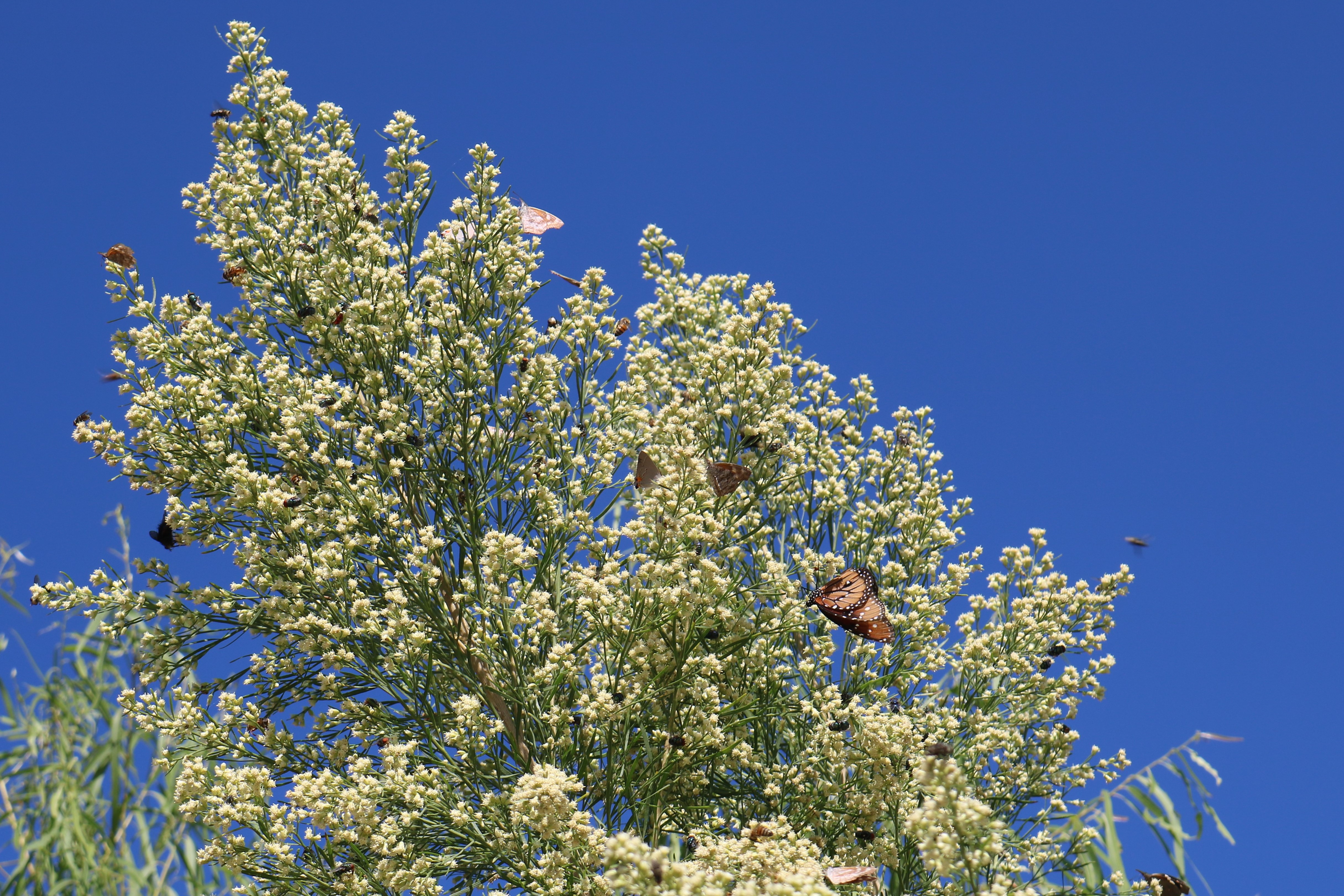 In this 2016 photo, snouts mingle with queens and monarchs on Baccharis neglect on the San Antonio Mission Reach. The bush is also known as Poverty Weed. Photo by Lee Marlowe

When dry weather occurs and hackberries retreat into dormancy, the snouts also start to shut down, said Gilbert. They go into a kind of hibernation, he explained, waiting for the rains.

“When you see a big bullseye over South Texas brush country with four-five inches of rain? Ok, you’ll be breathing snout butterflies in a month,” he said. Gilbert believes we’ll see more frequent snout invasions than in the past. “It used to happen every eight years or so,” he said. “Now we’re seeing this pattern every two-three years.”

Drought followed by heavy rains typically sets the stage for snout invasions–and that’s pretty much what happened this summer.

Around June 20 – 21st, rainfall exceeded 18 inches in some parts of South Texas. That likely started the cycle. Then a few weeks later in San Antonio, we had a welcome several-inch rain event around the Fourth of July. Three weeks later? A local snout explosion. And so it goes.

Gilbert said snouts typically gravitate to ditches, moist areas and streams and wait for the rains so they can reproduce.”Their main goal is to make more snout butterflies,” he said.

We witnessed the outbreak first hand on a recent kayak outing on the San Antonio River. At the Nueva Street dam in the Southtown neighborhood near downtown San Antonio, snouts cruised above the water. Hundreds gathered at the dam release, where a fine mist filled the air.

“We’ve had lots of them feeding on the Frogfruit in our landscaping recently at the San Antonio River Authority (SARA) Environmental Center,” said Lee Marlowe, Sustainable Landscape Ecologist for SARA.

“All of South Texas reported seeing thick swarms of them, colorful clouds of them!” said Mariana Treviño Wright, executive director of the NBC in Mission. She described the butterflies’ appearance as “an incredible bloom.”

Dry weather also reduces the predators and favors the snouts, who postpone reproductive activities until moisture returns. The extreme weather cycle can cause hackberry trees to sprout tender new growth when the rains come – perfect fuel for baby snout caterpillars which are leaf green, and about an inch long when mature.

In the annals of American Snout butterfly migrations, 1921 ranks as a most remarkable year. After a record downpour in Central Texas on September 9-10, 1921, when 36.4 inches of rain fell in an 18-hour period, a snout butterfly breakout resulted a few weeks later.

“An estimated 25 million per minute southeasterly-bound snout butterflies passed over a 250-mile front from San Marcos to the Rio Grande River,” according to Mike Quinn’s Texas Entomology, a trusted and entertaining source for Texas insect news and info. Scientists noted at the time that the butterflies’ flight “lasted 18 days and may have involved more that 6 billion butterflies.”