Monarch butterfly advocates Dr. Chip Taylor and Elizabeth Howard, both founders of citizen science programs that have driven Monarch butterflies into the mainstream through education and conservation, will join a trinational panel discussion, “Butterflies without Borders: Monarch Butterflies and our Changing Climate,” at the Pearl Stable in San Antonio on Friday, October 20.
Sponsored by the Rivard Report, the event kicks off the 2017 edition of the Monarch Butterfly and Pollinator Festival in San Antonio, declared the first Monarch Butterfly Champion City in the nation in 2015 by the National Wildlife Federation. 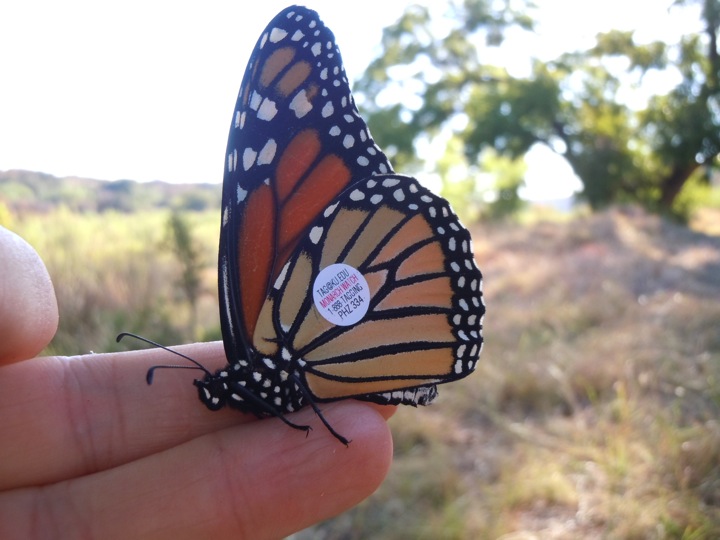 Monarch butterfly tagged with Monarch Watch tag gets ready for take-off in the Texas Hill Country. –Photo by Monika Maeckle

Taylor founded Monarch Watch in 1997, a citizen science tagging program based at the University of Kansas at Lawrence that tracks the southbound migrants each fall. Howard started Journey North in 1994. The organization tracks wildlife migrations around the world–Monarchs, hummingbirds, whales, eagles and others, through a real-time website and crowdsourced app. Both panelists are well-known in Monarch butterfly conservation circles, sometimes dubbed “the Monarchy” by those who follow the tight-knit, dedicated community.
Rounding out the trilateral panel, Dr. Carlos Galindo Leal, Director of Communications for the National Commission of Biodiversity in Mexico, (CONABIO) will  join us from south of the border and Dr. Louise Hénault-Ethier, Director of Science, of the David Suzuki Foundation, in Montréal, will lend insights from Canada. 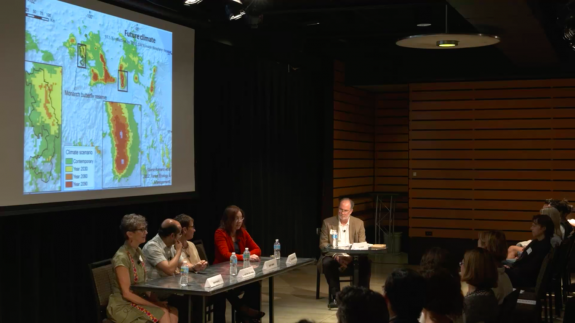 Moderator Dan Goodgame, a former White House correspondent and currently head of executive communications at cloud hosting giant Rackspace, promises a provocative discussion. Last year, our Monarch Butterfly Migration and Climate Change Symposium unfolded to a capacity crowd just two and a half weeks before the 2016 presidential election. Many of us sat smugly in the audience assuming a different political regime would occupy the White House–one that would continue the budding legacy of pollinator advocacy planted by  President’s Obama’s 2015 National Pollinator Strategy. The 58-page document laid out a national plan to increase pollinator habitat and boost bee, butterfly and other pollinator populations.
But that didn’t happen. A year later, it’s a different, more heated world–politically and atmospherically. Border walls disrupting the National Butterfly Center  and the Santa Ana Wildlife Refuge in McAllen, the dismantling of the EPA, retreat from the Paris climate change agreement, historic hurricanes, and the hottest year on record, temperature wise, for three years running–these issues hog the headlines. How does it all play out for people, pollinators and the ecosystems that sustain them? And what happens to food security when ecosystem services provided at no charge by insect pollinators are drastically diminished?

San Antonio sits right in the middle of the Monarch flyway. Graphic by Nicolas Rivard

The symposium launches three days of science, education, art and celebration and occurs during peak Monarch migration in San Antonio, when millions of Monarch butterflies east of the Rocky Mountains funnel through Texas on their way to Mexico to roost for the winter. Migrating Monarchs often spend the night along the streams and riverbeds of the Texas Hill Country, where late season wildflowers provide nectar fuel stops to help to power their long flight.
BUTTERFLIES WITHOUT BORDERS SYMPOSIUM
The Monarch Migration in our Changing Climate                                                    6PM- 8PM, Friday, October 20, 1017
Pearl Stable, 307 Pearl Pkwy, San Antonio, TX 78215
Tickets $15 – $25.

Dr. Carlos Galindo Leal, Director of Scientific Communication at the National Commission of Biodiversity in Mexico (CONABIO). Galindo Leal has worked as Director of the Mexican Forest Program for World Wildlife Fund (WWF). He has authored several books, including “Danaidas, the wonderful monarch butterflies.” 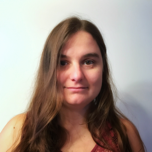 Louis Hénault-Ethier, Director of Science, the David Suzuki Foundation, Montréal. Hénault-Ethier’s job is to make science understandable to the public. In addition to pollinator advocacy, Hénault-Ethier champions entomophagy, the eating of insects as food and using insects to address the surplus of food waste being dumped into our landfills.

Elizabeth Howard, founder of Journey North, one of the premiere citizen science organizations in the country, tracks and advocates for all kinds of wildlife migrations—hummingbirds, whales and Monarchs. Her organization’s live online tracking map allows participants to upload and see their data in real-time.

Dr. Chip Taylor, founder of Monarch Watch, a citizen science initiative that tags and tracks Monarch butterflies. Known as one of the grandfathers of the Monarch butterfly conservation movement, Taylor oversees the program from the University of Kansas at Lawrence. 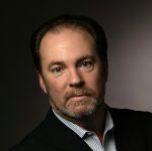 Moderator Dan Goodgame works as vice-president for executive communications at cloud computing leader Rackspace. Self described as a “recovering journalist,” Goodgame’s tenure as a top editor at TIME and FORTUNE, as a White House correspondent, and covering the Middle East and Europe made him a Pulitzer Prize finalist and best-selling author.

Special thanks to our underwriters, the Mexican Cultural Institute and Trinity University, for helping make this event possible.

And big thanks to our Keystone Sponsors for overall support of our Festival. GRACIAS! 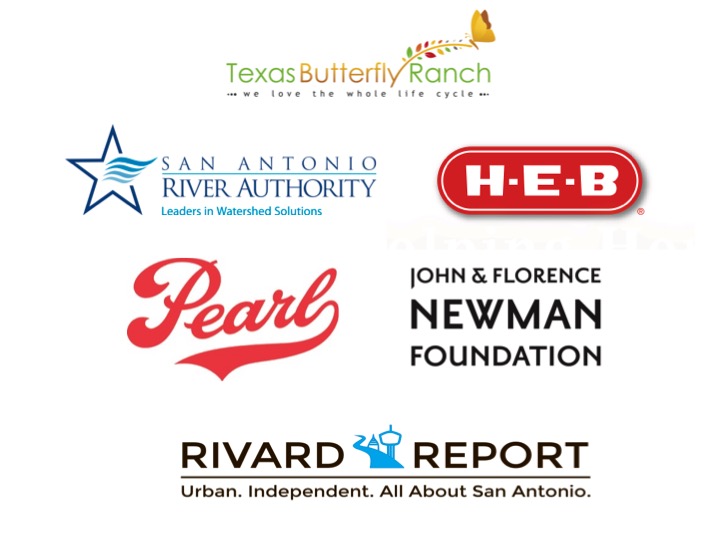