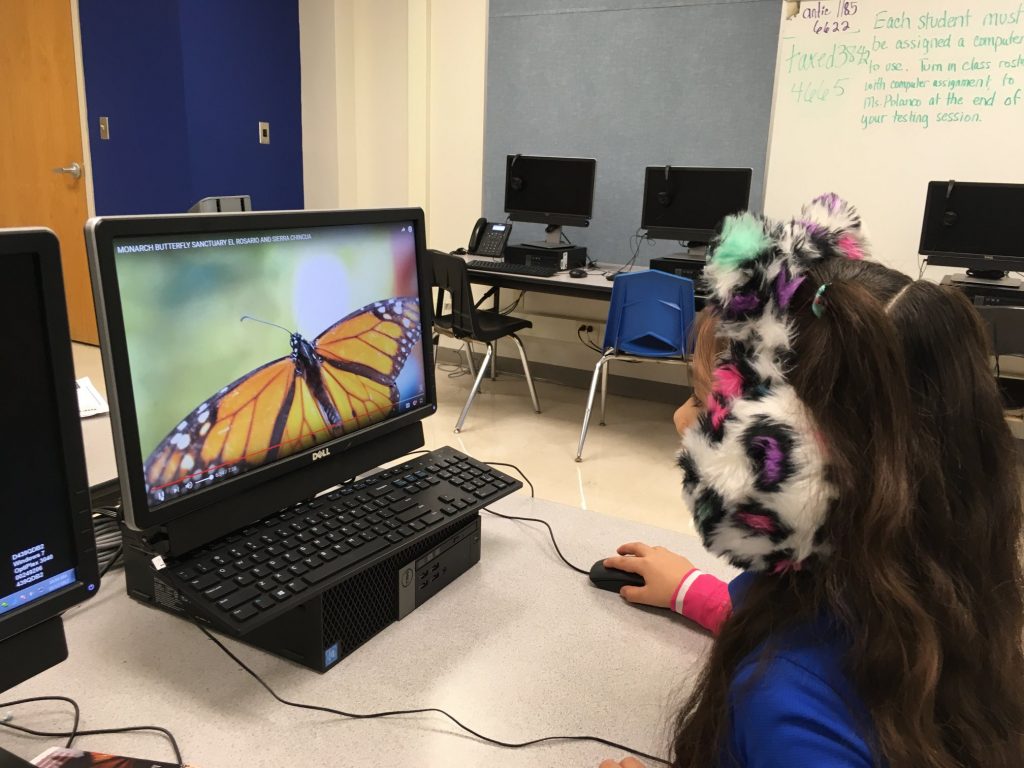 The Castroville native has been integrating gardening and food web lessons into her curriculum for years. “There’ s a push to have hands-on science, for students to have real world experience, something that ties into something real and something that matters and is important, ” says Tondre. Students today simply do not engage with rote memorization and pure textbook learning the way previous generations did, she says. 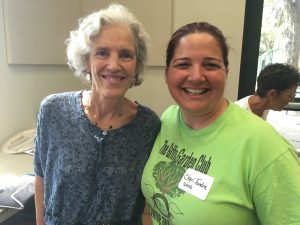 Learning by doing is much more effective, she and many other educators believe.

Tondre says her G&T class had already decided they wanted to create a park, but it was a three-hour workshop staged by the San Antonio River Authority (SARA) as part of the 2017 Monarch Butterfly and Pollinator Festival that motivated the creation of the “Monarch Park” at Collins Garden Elementary School. 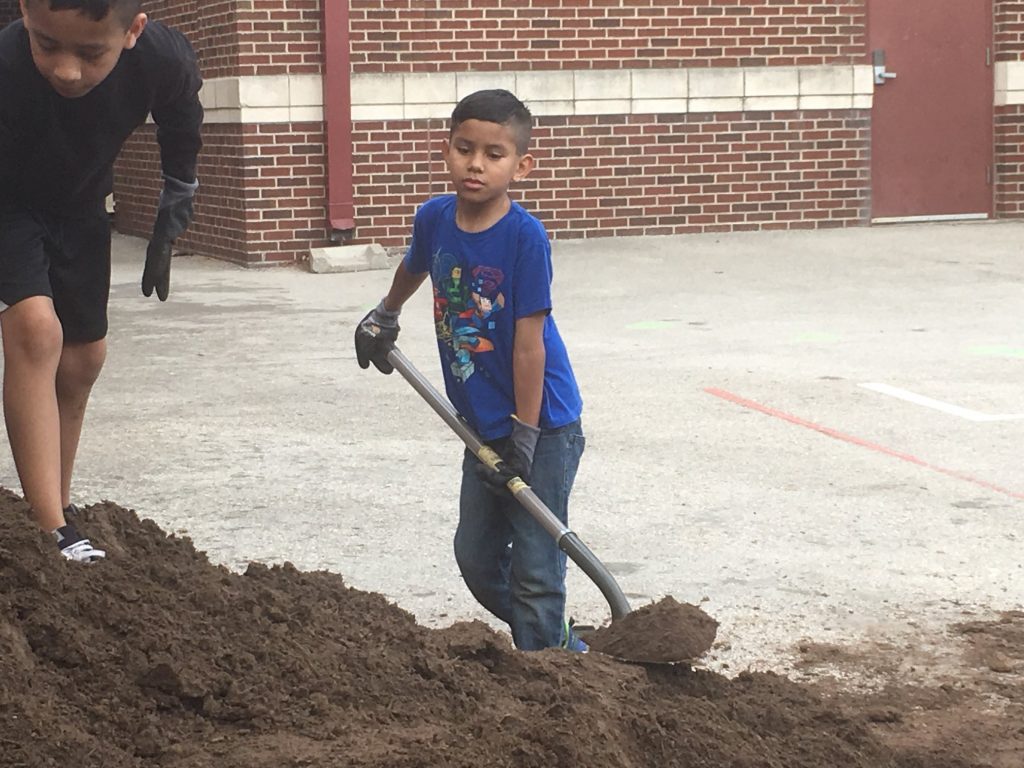 The workshop’s 50 slots, made available for free to SAISD teachers, filled up within two hours of its posting on the SARA website. Held at SARA headquarters and outside in a recently installed riverside pollinator garden, the session provided instruction, materials, and links to everything teachers might need to use monarch butterflies as vectors for learning science, problem solving and observation.

After she heard the story of the migrating monarchs’ dramatic decline in recent years, Tondre was inspired to channel the energies earmarked for the students’ park into a monarch butterfly and pollinator habitat.

A few weeks later, she earned a $2,000 grant from the Nature Conservancy of Texas. Then, TBG Partners, the local branch of the award-winning landscape design firm and a founding partner of the Monarch Butterfly and Pollinator Festival, offered to help design the space. In early March, landscape architects Cecilia Garcia Hours and 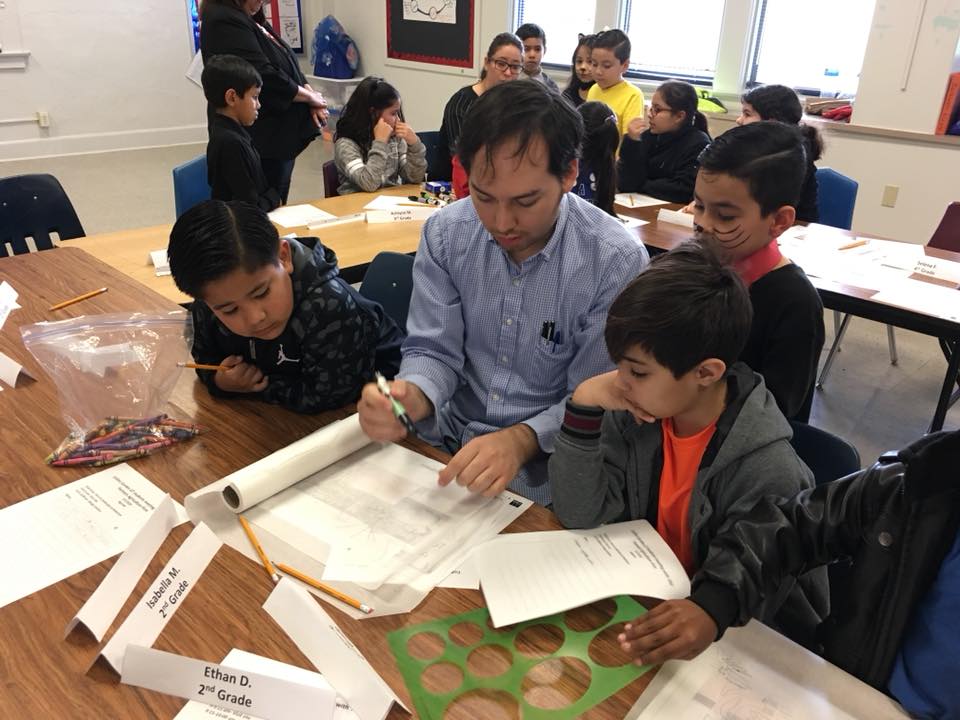 Alexander Gonzalez visited the school to explain the roles of soil, sun, shade and nutrients as well as the proper placement and choice of plants to the students. A “charette” resulted, at which ideas were traded, lists made, drawings produced. Ultimately, Collins Garden emerged with a professionally curated pollinator habitat and appropriate plant lists.

TBG often works on volunteer project plans like Collins Garden, says Garcia-Hours, but this was the first time such a venture actually got built. The students were exceptional, she says, having prepared preliminary designs and scaled drawings before she and Gonzalez even arrived. “They had researched native plants and  understood important design concepts, like the need for shade, activating the dining area and event lawn.” By the end of the sessions “all the girls were adorably sweet and gave me hugs.  I like to think we piqued their interest and some expressed interest in exploring design and landscape architecture as a profession.”

After the design was in place, soil, compost and pavers to define the planted areas arrived. Pollinator plants were secured at the spring seasons’ myriad native plant sales. Kids, parents and other volunteers pitched in with the installation at a March 10 “Garden Build Day,” and the Monarch Park at Collins Garden Elementary was born.

By mid May, other classrooms from the school were taking advantage of the garden’s learning opportunities. Grace Anders’ second grade class staged a butterfly release of an Eastern Black Swallowtail the students had raised on the garden’s rue. The kids irrepressible glee erupted when the butterfly sailed from his net cage. Check out the video here. 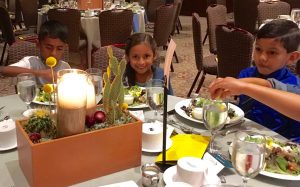 Beyond identifying a real community need, collaborating with partners across the city, designing and installing the habitat, and learning basic gardening and wildlife observation skills, the project presented a wholly unanticipated learning opportunity for the students: how to distinguish between a salad fork and a dinner fork.

The students were invited as guests of honor at the Nature Conservancy’s Annual Conservation Luncheon at the Pearl Stable in San Antonio on May 10. Tondre prepared a practice luncheon with plastic knives and forks so the kids would be familiar with the gear and protocols associated with tables-for-ten. San Antonio Mayor Ron Nirenberg recognized the students for their Monarch Park at Collins Garden, lauding their conservation project.

As of this writing, the Monarch Park is thriving. The weed-riddled courtyard slowly but surely is morphing into a diverse, inviting pollinator garden. Goldenrod and cowpen daisies fill the sunny spots along with lantanas, milkweeds, fennel and rue. Turks cap takes the shadier areas, while Esperanza and Pride of Barbados are starting to show blooms as summer approaches.

Tondre is aware that the garden is a process, not a project. She’s made plans for the hot summer months when the students will be on vacation. Custodians and volunteers will water weekly, making sure the new plants don’t succumb to the100-degree heat. Yes, there will be losses. But that’s all part of the lesson. When students and Tondre return in the fall, they’ll reapply their energies to the garden’s cultivation, just as migrating monarchs start to move through the area. 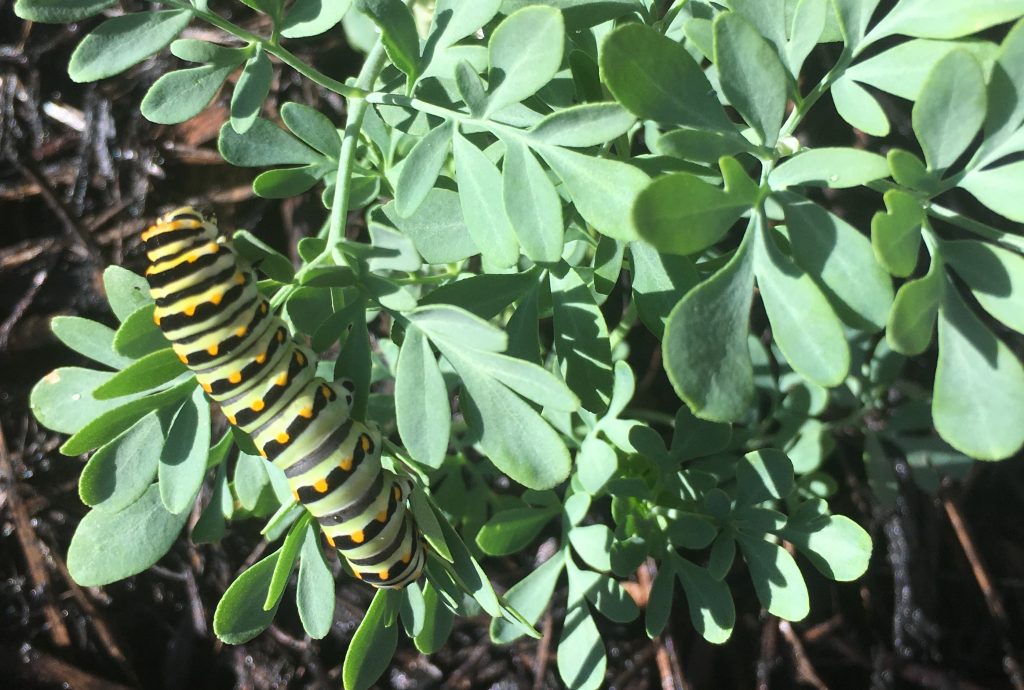 So far, no monarchs have been spotted at Collins Garden Monarch Park, says Tondre, although other butterflies have made appearances, like the Eastern Swallowtail caterpillar above. This fall, goldenrod and other late season bloomers will attract migrating monarchs and other butterflies. Tondre and her class will be ready. They plan to monitor the migrating insects for Journey North, and will be tagging and recording data for citizen science initiative Monarch Watch.

Ready to sign up to create a pollinator habitat? Here’s the link. The birds, bees and butterflies will thank you.