Never in a million years could Marianna Treviño Wright imagine herself center stage in a lawsuit against the federal government. But that’s where the executive director of the National Butterfly Center (NBC) finds herself today. 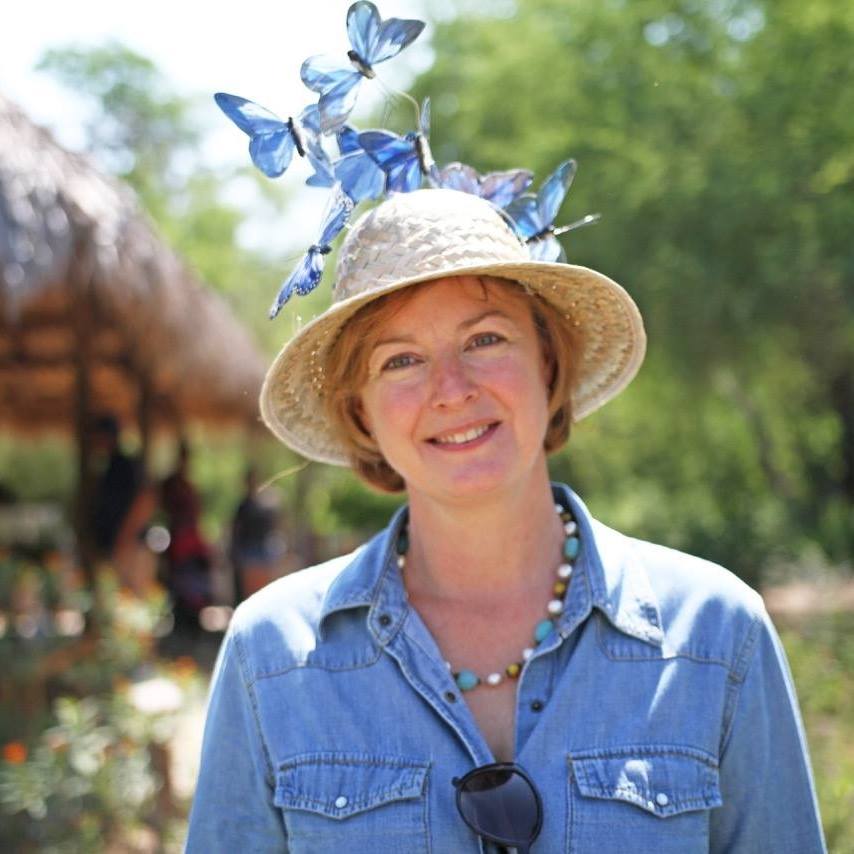 Treviño-Wright was conducting her normal rounds on a hot summer day in July of 2017, driving the dirt roads of the 100-acre butterfly and wildlife preserve she oversees along the Texas-Mexico border in Mission, Texas.

Shortly into her tour, she encountered a group of workers plowing through NBC’s thoughtfully restored native plant habitat. The men had chainsaws and a brush mower. Pink flags on survey stakes were planted in the soil, trees slashed to the ground. The “NO TRESPASSING” signs had been completely ignored.

What was this crew doing?

Plotting a dirt road for future construction of a border wall, one of the workers told her. Treviño-Wright peacefully, but forcefully, ordered the contractors off the property.

Shortly after the contractors were discovered, NBC filed a lawsuit against the Trump Administration and created a legal defense fund. In the ensuing months, Treviño-Wright has become a consistent and vocal critic of the border wall.

Treviño Wright will join us as a panelist at Butterflies without Borders: the Monarch Migration and our Changing Climate. The forum takes place Friday, October 19, 11:30 AM at the Pearl Stable as part of our 2018 Monarch Butterfly and Pollinator Festival.

“I don’t think it’s fair to any affected landowner or stake holder. I don’t think it’s fair to our community,” said Treviño-Wright in a recent interview. She is quick to point out that the issue goes way beyond butterflies. “This wholesale taking of Texas for a public works project that will not stop illegal traffic and does nothing effectively to enhance national security; it’s not fair to anyone,” she said.

In the 15 months since her encounter with the contractors, Treviño-Wright has been active in the contentious public debate swirling around building a wall along certain sections of Texas’ southern border. In addition to the lawsuit, she and the National Butterfly Center have worked to raise awareness with consistent media outreach and rallies.

The fight continues. In August, the NBC hosted a Reclaim our River rally. On September 20, the NBC organized a gathering of private landowners to attend a South Texas Landowners ‘Know Your Rights’ Meeting so that landowners in the path of the border wall could learn about the legalities of government seizure of land.

The recent political profile of the National Butterfly Center, an organization that until last year was most well-known for its annual Texas Butterfly Festival and the incomparable number of species butterfly lovers can enjoy on its grounds, has resulted in a welcome increase of awareness of the preserve’s work and mission, Treviño-Wright said. But that newfound awareness has come at a price.

“There has been a lot of ugliness, backlash, and even threats from people who want the wall and who object to our position against it,” she said.

Hear more from Treviño-Wright and our distinguished panel at our Butterflies without Borders Forum. Tickets available here.