In June we posed the question: should we push for 500 pollinator habitats by 2020?

The overwhelming community response: “Let’s do this!” 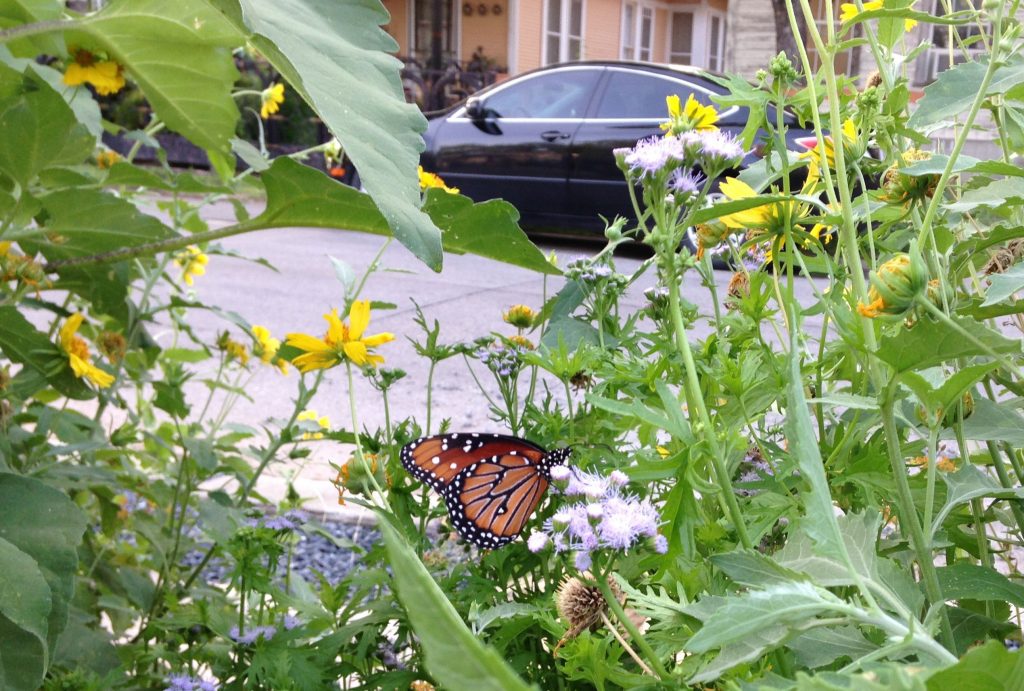 Pollinator habitats come in all shapes and sizes–in cities, suburbs and everywhere. Queen on Purple Mistflower. Photo by Monika Maeckle

An informal two-question poll of 96 community members conducted on various social media platforms resulted in 93 YES votes and 3 NO votes.

“Thanks for promoting pollinator habitat,” said one voter via the comments. “It has changed the way I garden. Our three acres is like living in a wildlife sanctuary. With the native plants, have come birds, bees, butterflies surrounding our home.”

Other folks chimed in with useful insights.

“We need to have better access to buy milkweed plants to ensure the beautiful monarch migrations,” said one respondent.

The effort resulted from San Antonio’s status as the first Monarch Butterfly Champion City in the country. In December of 2015, San Antonio became the first city in the nation to agree to act on all 24 recommendations made by the National Wildlife Federation to increase urban pollinator habitat as part of the Mayor’s Monarch Pledge. A citywide pollinator gardening initiative was among the action items pledged.

Three hundred habitats in a few months sounded daunting, but when we broke it down into our 10 city council districts–30 per district–it seemed more achievable. And it was.

Since, the 300for300 pollinator habitat initiative has crossed borders beyond the city of San Antonio. We ditched the City Council designation field on our registration page and welcome all comers. Anyone willing to commit to plant a pollinator habitat and who hopes to see it on our map, updated monthly, need only register.

As one voter commented in our poll: “Let’s not be shy about including pollinator gardens outside the vicinity of San Antonio, as we have done in the past. There are many supporters outside the city limits.”

TOP PHOTO: A sign signaling to the community why your yard may seem messy or “not mowed” helps educate neighbors on the rationale of pollinator habitats. Signs available in our shop.