Almost there! San Antonio closing in on goal of 500 pollinator habitats by 2020

After San Antonio exceeded 300for300, its Tricentennial goal of creating three pollinator habitats for its 300th birthday in 2018, the Alamo City moved the pollinator gardening goalpost: 500 gardens by 2020.

With three and a half weeks to go until the end of the year, we’re almost there. The community has pledged to create 424 pollinator habitats as of this writing. 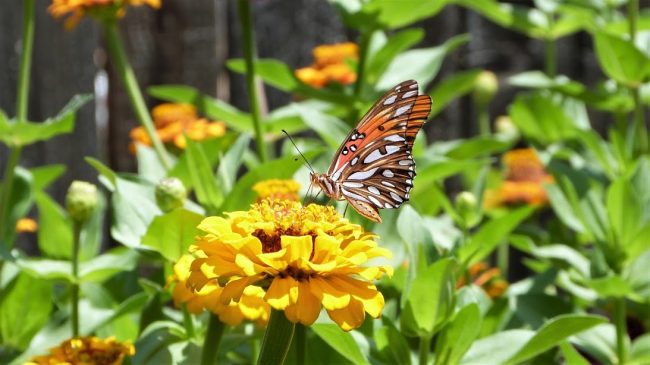 In December of 2015, San Antonio became the first city in the country to agree to act on all 24 recommendations made by the National Wildlife Federation to increase urban pollinator habitat as part of the Mayor’s Monarch Pledge. A citywide pollinator gardening initiative was among the action items pledged.

Since, six other cities have become Monarch Champions, with a total of 550 pledges made–including cities in Mexico and Canada. Interestingly, five of the the seven Monarch Champion Cities are located in Texas.

San Antonio’s local effort, known as 300for300 in honor of the City’s 2018 Tricentennial, has jumped the city limits since its inception, registering pollinator garden pledges from folks in Houston, Austin, Pennsylvania, California and beyond. Anyone willing to commit to plant a pollinator habitat and who hopes to see it on our map, updated monthly, need only register. In short, it’s a campaign for #ButterflieswithoutBorders.

Pollinator habitat signs are available in our shop.