A monarch at my Abuela’s Day of the Dead Altar

EDITOR’S NOTE: The following remembrance by writer Alfredo Avalos puts in perspective the profound multiple meanings of the monarch butterfly and its migration. 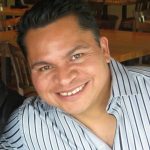 Growing up in Mexico prepares you for the inexplicable. The country is a land of surreal and fantastic events that flow through people’s everyday lives without question. Dia de los Muertos, the Day of the Dead, is a fascinating tradition for the outsider, while for Mexicans it is a normal thing to do. The souls of the dead return in November and we throw them a party.

My grandmother Marcelina Bautista, known as Abuela, survived a civil unrest known as “The Mexican Revolution.” The war stole her parents and siblings, and didn’t allow her to bury the grandparents who had raised her as their own. Her greatest pain was the loss of her first child, Rosita, and never being able to recover her remains.

“The revolution left me only death,” Abuela used to say sadly, remembering the years she and my grandfather had to be on the run to stay alive. Until her last breath at age 101, she lived with the ghost of the revolution and cherished the memory of the loved ones it took away. 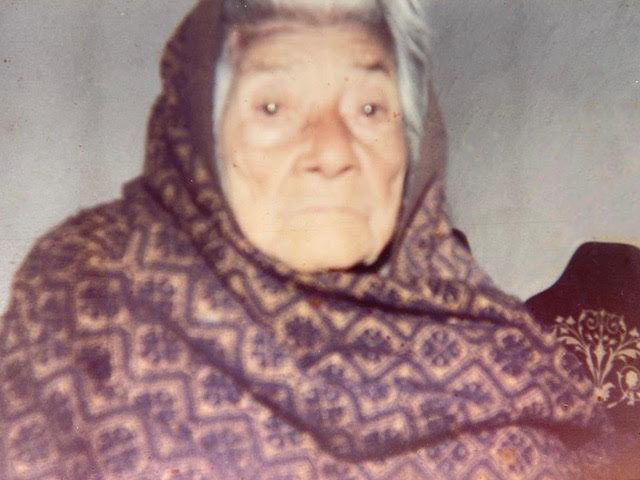 No wonder celebrating the Day of the Dead on November 1st and 2nd was so important for her. It was a party, it was the chance to meet her lost family, and as with any party worth having, she prepared with anticipation. From the beginning of the year, Abuela started saving her pennies for everything needed to build the altar where she would receive the souls of her loved ones, even the forgotten ones.

Candles were the most important item in her altar. She only liked beeswax candles, and they were hard to find and expensive. Abuela wouldn’t tolerate her Muertos having cheap veladoras, as she considered those candles made of paraffin. Neither would she miss the chance to tell us that on her grandparents’ ranch, they had beehives and they would use the wax to make their own candles. To me that was always a mystery. The only product that I knew came from bees was honey.

As children we weren’t always aware of time, but we knew Día de los Muertos was close when monarch butterflies started arriving in our town. In the late seventies in San Luis Potosí nobody knew about the incredible migration from Mexico to Canada and back these remarkable creatures would make over multiple generations. We didn’t even know they were called monarchs. Nobody needed that information–we just knew they were souls of dead people coming back to visit. That is why trapping monarchs was forbidden, unlike other species that we caught in nets. Monarchs were sacred, because no one wanted to trap a soul.

Abuela dedicated a whole room to the Day of the Dead altar. The rest of the year, the space kept her caged larks safe at night, and the hens that laid the eggs we ate. But by the end of October, the room had been cleaned up and down. Everything in the way of her altar was taken out. Once dusted off, swept and mopped by the grandchildren, work for the altar would begin.

We brought religious icons from other rooms to hang on the wall. The Virgin of Guadalupe was put at the center, flanked by the Virgin of Dolores and the Virgin of San Juan de los Lagos. Then we added images of the Holy Infant of Atocha, St. Martin of Tours, St. Martin de Porres and St. Jude Thaddeus– the saint of impossible causes, to whom Abuela perpetually asked to find and return the remains of her beloved Rosita.

Bunches of vibrant yellow and orange cempasúchil, or marigolds, were hung around the saints forming arcs. In her altar there were almost no pictures of love ones, for two reasons: during the war, no one had time to make a portrait, and our family couldn’t have afforded it anyway. Yet, Abuela could describe every face in detail.

We set up a pine table for the offering, a tablecloth sewn by herself covered the table, where cazuelas, dishes and glasses were laid out to contain the food for the souls; mole, bread, salt, fruit, sugarcane, piloncillo, candy, atole, mezcal, anything Abuela knew they liked when alive. Then we brought la petaca, a large blue painted wooden chest where Abuela kept her valuables. Thirty large candles covered its surface in three or four rows. Each of the dead in her family would have their own candle, and set among them, one candle represented those souls who had no one left in the world to light a flame on such a special day.

I must have been about 8 years old on a morning on November 1st, when the candles for the innocents (dead children) were lit. On our way to school my sister and I found a butterfly stunned by the cold. Unsure what to do, my sister remembers I said, “They eat flowers.”

We went back to where flowers were in abundance that morning, the warm room of Abuela’s altar. We left the dying butterfly on top a bucket of cempasúchi, and went to school.

Later in the afternoon, Abuela told us, with a big smile on her face, that the soul of her lost little angel had found her way to the altar on the wings of a monarch butterfly. We didn’t say anything. We went on with our day and the following day, when mole filled the cazuelas and mezcal and aguardiente were poured in the glasses to welcome the

This year’s Festival is online. All events are FREE throughout October.

difuntos grandes, we kept silent. We went to the cemetery and left flowers on tombs and prayed and sang and waited for the day to be over, so on November 3rd we could have the fruit, the candy and the bread from the altar handed to us by Abuela, who remained convinced the soul of Rosita had visited her.

Perhaps we didn’t say anything, because if St. Jude Thaddeus had the power to reunite a mother and her lost daughter for a moment, is it such a leap of faith to believe that he could use two children and a monarch butterfly to make it happen?

Writer Alfredo Avalos was born and raised in Mexico, where he completed studies in law, becoming an attorney
at age 24. His literary work has been published in anthologies, newspapers, magazines, and websites. He is the author of Voyeur, a collection of short stories (Contacto Latino 2012). He currently serves as the Community and Cultural Coordinator at the Universidad Nacional Autonoma de Mexico in San Antonio. More about Avalos.