Beyond Monarch butterflies: pollinators and politics at Texas Pollinator PowWow

The fifth Texas Pollinator PowWow assembled in the piney woods of Nacogdoches, Texas, last weekend. About 75 people made their way to Texas’ oldest city to celebrate pollinators in all their forms–syrphid flies, solitary wasps, fireflies, hummingbirds, bears, bats, bees, and yes–Monarch butterflies. The PowWow bills itself as “a gathering of the people to listen to wise words.”

Bees and butterflies get all the press, but Texas Pollinator PowWow celebrated pollinators in all their forms last weekend. Photo by Monika Maeckle

This year, more than a dozen sessions enlightened the crowd on how to attract and better understand pollinators and the ecosystems that sustain them–and in turn, us. Over two days, attendees learned how to build food prairies that boost vegetable garden yields, how and why you should attract solitary wasps to your garden (They keep nonbeneficial insects in check and most don’t sting.), the state of the union of bats, bears and fireflies in Texas, and much more.

Dr. Ellen J. Sharp, a cultural anthropologist who lives at the entrance of Cerro Pelon, one of the most visited Monarch butterfly sanctuaries in the mountains of Mexico, presented one of the most compelling sessions. Her talk, “Butterflies and their People,” offered a provocative perspective on the roosting sites and the people who share them with our favorite migrating insect.  “People continue to cut down the forest,” Sharp told the crowd on Saturday, citing a lack of transparency and no accountability in management of the forests. “Every time I go hiking I find someone logging.”

Sharp offered a quick history of the Monarch Butterfly Biosphere Reserve (MBBR), including an explanation of the communal properties known as ejidos, which have rights to the land where the Monarchs roost each winter. The ejidatarios, or managers of the ejidos, are paid by the government to not log in the MBBR–yet people living there must make a living to feed their families and warm their homes.  “Only the ejidatarios are rewarded financially” Sharp said. “Everyone else is effectively disenfranchised.”

Dr. Pablo Jaramillo Lopez, an agroecologist at the National Autonomus University of Mexico in Michoacán, echoed Sharp’s sentiments, exploring the continuing conflict of interest between humans and nature, in his session, “The Hope for Monarch Butterflies in North America.”

“How close can I get to take a selfie?” asked Jaramillo, characterizing the priorities of most visitors to the roosting sites. “Tourists that visit the overwintering Monarch butterfly colonies think that nature is putting on a show for them and do not realize that they are invading a very sensitive natural ecosystem,” said Jaramillo.

In a panel discussion, Dr. Rebecca Quiñonez, a forest hydrologist and executive director of Forests for Monarchs, a nonprofit organization that works with the people of La Cruz, Mexico on reforestation, added that degradation in the MBBR buffer zone is contributing to major environmental decline. All three speakers with direct experience in Mexico expressed concern that Grupo Mexico may soon receive its permit to reopen an abandoned copper mine in the heart of the Monarch Butterfly Biosphere Preserve. The trio proposed that the only way to conserve this precious area, a UNESCO World Heritage site, is to have complete transparency and accountability in government and fulltime jobs for locals.

On a more upbeat note, the PowWow added two evening field trips to the program for the first time this year. 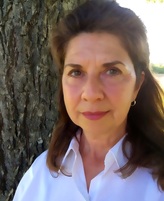 On Friday night, PowWow cofounder Carrie McLaughlin assembled a once-in-a-lifetime opportunity to collect and record data on bats on an acoustic hike with renown bat expert Merlin Tuttle, founder of Bat Conservation International and more recently Merlin Tuttle’s Bat Conservation, where he makes his extraordinary bat photos available online for use at no charge.

The outing, held at the U.S. Fish and Wildlife Service’s Experimental Forest a few miles outside town, included a trek down a dirt road lined with pine trees to a natural wallow where mist netting stretched across the water like a bad mitten net. Thirsty bats in the area swooped down to take a sip and were snagged in the net. Biologists and students from Stephen F. Austin State University then waded into the wallow to retrieve the bats for data collection, which included a Q-tip swipe test for white-nosed syndrome, the alarming fungal disease that has decimated the bat population and has just moved into Texas.

“I’m just going to calm this guy down,” said Tuttle, petting a fuzzy, captured Red Bat, as if it were a small kitten. Tuttle seemed unperturbed when the bat nipped at his finger. “Aw. He didn’t even draw blood,” he said.

For decades, the indefatigable Tuttle has worked to undo the image of bats as scary, rabies-carrying, blood-sucking monsters. The red-blooded creatures are actually mostly harmless and perform valuable ecosystem services like eating thousands of insects per hour each night and pollinating our mangos, bananas, cocoa, and agave.

Tuttle’s bat PR seems to be working. Just as in bird or Monarch tagging, opportunities for interspecies connections can be some of the most powerful conduits for understanding. Two young girls waited eagerly at the biologist’s table begging to pet the bats. “They’re so cute!” they cooed.

On Saturday, a Moth Night took place at the SFA Native Plant garden. While city lights and cool temps seemed to keep many moths away, we spotted several impressive species, including the lovely Leopard Moth.

When’s the next PowWow? PowWow co-founder and National Resource Conservation Service wildlife biologist Rickey Linex said dates and times are not fixed yet.

“We try to get to every vegetational field in the state,” he said, citing past PowWows in Mansfield, Austin, Lubbock and Kerrville. Perhaps San Angelo or Marfa will be next. Stay tuned.