Danielle Belleny became smitten with birds at a cemetery in South Texas.

A student in range and wildlife management at Texas A & M University at Kingsville, Belleny took an ornithology class in 2014  that required a birdwatching field trip. 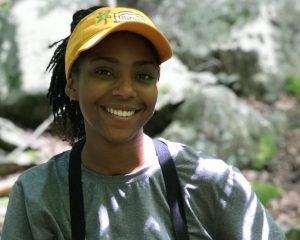 Wildlife biologist and birder Danielle Belleny will lead a FREE webinar this Thursday.

Kingsville’s historic Chamberlain Cemetery, a 40-acre parcel that once belonged to the King Ranch family until its conversion to a graveyard in 1904.

Belleny had never been birding before.

“I was uncomfortable initially,” she said, recalling that day. “But seeing the more experienced birders casually rack up lengthy species lists put me at ease.”

She said she felt slightly unsettled, weaving between withered headstones, spotting rare birds, and enjoying the abundant life thriving in the resting place of the dead.

“Little did I know, I was actually participating in a centuries-long tradition,“ she said.

Since then, Belleny earned a master’s degree in agricultural and natural resource management from Tarleton State University and currently works in an environmental consulting firm Springfield, Missouris.

She’s also embraced birding as a way to wind down, enjoy nature, and share a fascinating hobby with others. She tries to get out in the field at least once a week,  and prefers cemeteries as birding destinations because they’re generally quiet, uncrowded, and the mowing and irrigation that takes place in them makes for “good places to spot generalist species.”

Her favorite bird: the Painted bunting. Its fusion of blue, green, and red colors (see photo at top) are a billboard for beauty and the favorite of many.

Her favorite bird call: “It’s a tie between the Wood thrush and Eastern wood pewee.”

Belleny will lead a presentation this Thursday at 6:30 PM as part of the 2020 Monarch Butterfly and Pollinator Festival. The event is FREE and open to the public. Register here.  In it, she’ll focus on the role of birds as pollinators in our ecosystem–how they make blossoms happen and increase plant fertility by disbursing seeds. She’ll also cover birding basics: how to identify them, and ways to help birds and pollinators in your own community. 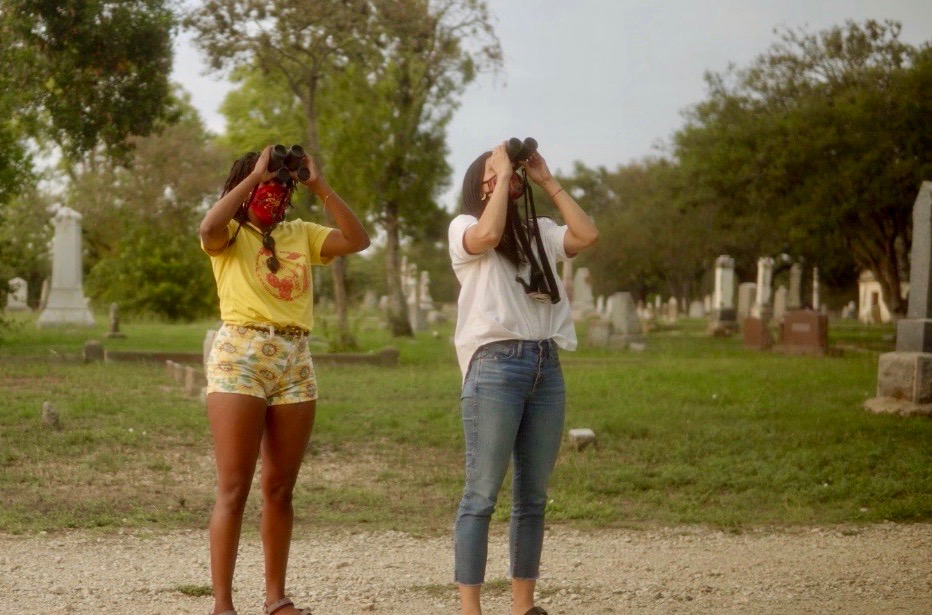 As a cofounder of Black Birders Week, and in light of this year of social justice reckoning, Belleny will also touch on ways to advocate for equity in outdoor recreational spaces.

She sees Black Birders Week as a year-round celebration. “We’re celebrating Black voices out in Nature, and letting people know that Black birders exist,” she said. “It’s not just a hobby occupied by older white men.”

Black Birders Week resulted after two of this year’s most egregious examples of social injustice played out on widely shared videos for all to see. On May 25, Minneapolis police murdered George Floyd and in New York City, “the incident in Central Park” unfolded.

A video of the latter went viral and showed what happened when Christian Cooper, a Black birder enjoying his favorite hobby in an area of the park called the Ramble, politely asked Amy Cooper, a white woman, to abide by Central Park rules and leash her dog.

Amy Cooper called the police asserting she was being threatened by “an African American man.” She was later charged with filing a false police report. The incident, among others that occurred this year, reignited the Black Lives Matter movement and a series of protests.

Such incidents are not uncommon for Black birders, said Belleny.

“That situation could have happened to any of us (Black birders),” she said, adding that she’s actually had the police called on her while performing field work.

The incident occurred when Belleny was just 21 years old, performing duties associated with a job she had with Texas Parks and Wildlife in San Antonio. Belleny was assigned the task of setting and retrieving traps for bobcats and other wildlife in the Alamo City’s Olmos Basin Park.

Belleny was executing her field work in the park, which is sandwiched between the two upscale incorporated townships of Olmos Park and Alamo Heights, when two police offers showed up, tracking her on the trail as she retrieved the traps. The police said that they had received calls that “someone is walking in the forest behind people’s houses,” she said.

She explained to the officers that she was performing duties associated with her job for Texas Parks and Wildlife.

“That was right after Trayvon Martin had been murdered. I was just out there doing my job,” said Belleny.

As she told Science News earlier this year, another of her favorite birding moments, the time she spotted a Short-eared owl (Asio flammeus) in Martha’s Vineyard in Massachusetts, was marred by the fact that a stranger began following her in his car because she looked “suspicious.”

Beginning birders and others would be fortunate to encounter Belleny on the trail. It would be a learning experience in more ways than one.

Join us this Thursday, October 15 at 6:30 PM for her online presentation, Pajaros as Pollinators. It’s FREE.