Monarch butterflies have begun their 2022 migration, with sightings in San Antonio and South Texas becoming more common each week. Each spring, the iconic orange-and-black insects depart from the Mexican mountains, launching their multi-generation migration from ancestral roosts in the states of Mexico and Michoacán, heading north to Canada in the summer. Their offspring return to the Mexican mountains months later in the fall.

INaturalist showed 134 sightings of monarch butterflies in Texas in March 2022 this week.

“The mountain laurels are in full bloom in my yard and they’re filled with dancing female monarchs,” said Terry Ybañez Santiago of San Antonio.

Monarchs frequented Texas Mountain laurels along the San Antonio River downtown this week. Early to bloom, the hearty native evergreen bush emits a grape Kool-aid fragrance and is considered a harbinger of spring in the area. The lush purple blossoms are a favorite of bees and butterflies of all kinds. In much of San Antonio, it joins the Eastern Redbud as one of few flowering plants available this dry, late spring.

Drought looms over this year’s migration, given a lack of rain and a late freeze. Such conditions suggest the butterflies may not find  milkweed–the only plant on which they lay eggs–nor nectar required to fuel their growth. 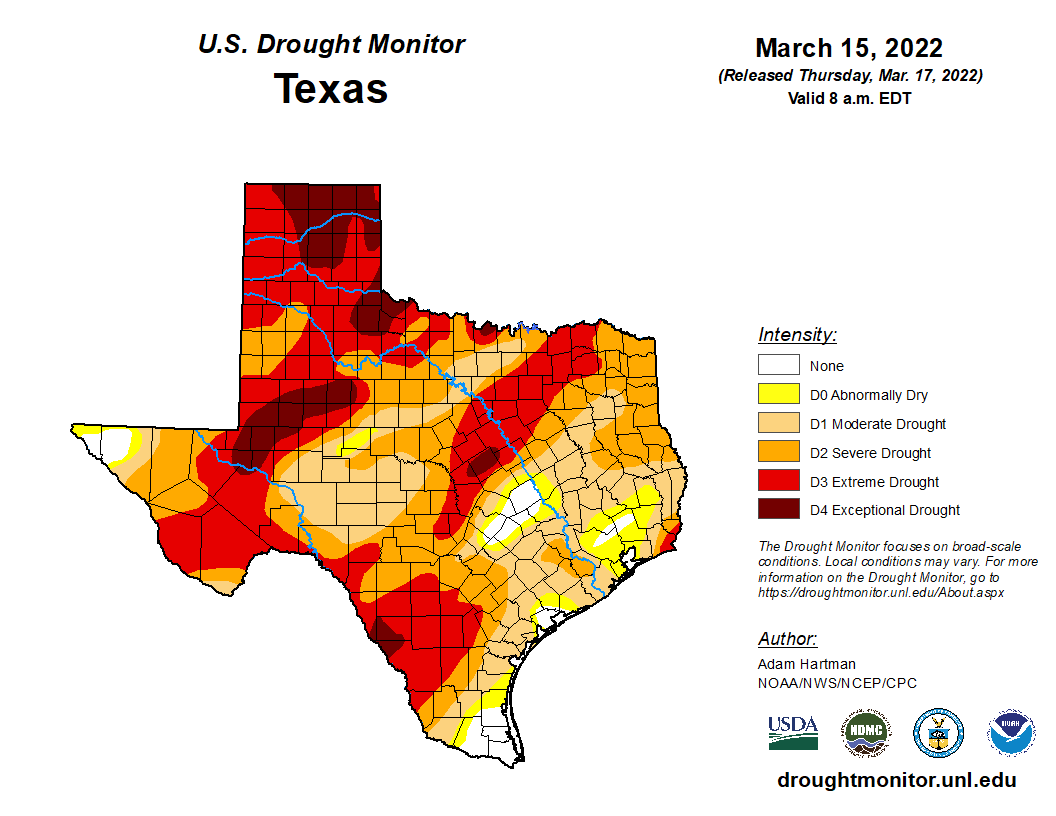 Last week’s Texas drought monitor showed much of the state in severe or extreme drought, which generally does not bode well for wildflowers.  In their seasonal wildflower forecast last week, the Ladybird Johnson Wildflower Center in Austin said the 2022 wildflower season “might not be a showstopper.”

“I’m expecting a nice display of wildflowers in Central Texas,” Andrea DeLong-Amaya, the Center’s director of horticulture, stated. “Due to less rain this past fall and winter, the displays will likely be average, but average is still beautiful.”

Cathy Downs, a conservation specialist for Monarch Watch based in Comfort, Texas, saw her first migratory monarch this Wednesday and seconded the motion that this year’s wildflowers might be less than overwhelming.

“We’ve had no measurable rain in many weeks and cold weather, so nectar is reduced to Eastern Redbud and Four Nerve Daisy,” said Downs, adding that her first milkweed emerged last weekend. 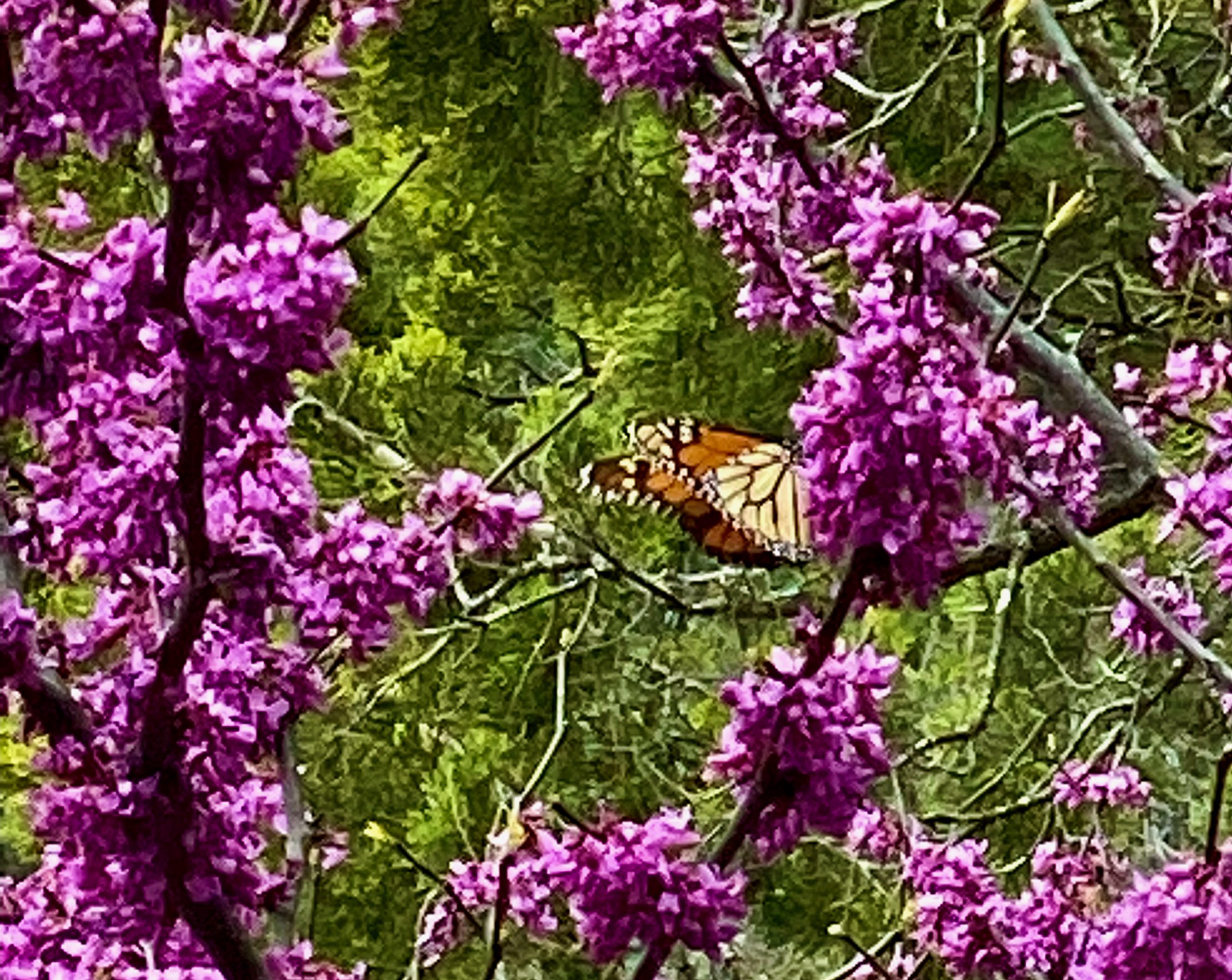 “We’ve been told (informally) that as a result of this process, there is a pause on many official communication channels connected to the government, including the National Commission of Natural Protected Areas (CONANP), which is involved in monarch conservation in Mexico,” said Caldwell.  While the presidential recall is not a common occurrence, the limited government communications during Mexico’s election season is common practice. “So the timing of this just happens to overlap when monarch numbers would typically be released – many government related communications are halted, not just monarch population information,” she said.