Dejavu: Is 2022’s dry spring setting stage for another Texas drought like 2011?

It’s feeling a lot like the spring of 2011. No rain, lots of wind, absent wildflowers, myriad wildfires and burn bans, and early enactment of landscape watering restrictions. 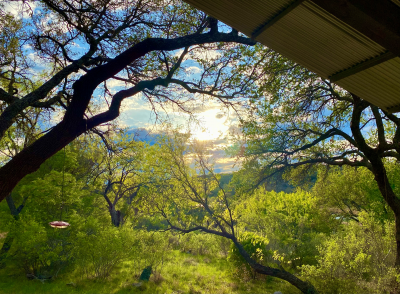 In 2011, Stage 2 restrictions were not enacted until June 1.

“It has been extraordinarily dry, the start of 2022,” said Karen Guz, Director of Water Conservation at San Antonio Water System (SAWS). “It’s hard to say what comes next.”

She added that in San Antonio, residents are likely to remain in some level of watering restrictions throughout the summer.

In the Texas Hill Country, the Llano River is flowing low. Some reports cite a stream flow of 35% below average.

The following message greets callers to Llano River Region Adventures, a Hill Country paddling outfitter and guiding service: “The Llano River is currently on the low side. Canoeing has been curtailed. Kayaking is still possible, but there will be scraping and possibly some short drags.”

Such conditions are not unusual in the peak of a Texas summer, but less common in the middle of spring.

Away from the river, a parched, dry landscape results in a crunchy soundtrack when tread upon–brittle foliage rather than the swish of verdant green usually experienced this time of year.

According to Texas A&M Forest Service, 149 of Texas 254 counties are under burn bans. The National Interagency Fire Center reports that 19,226 wildfires have burned 820,587 acres in the United States since January 1. That’s above the 10-year average of 13,166 wildfires and 610,287 acres burned.

And monarch butterflies?  They passed us by this year. Between the drier-than average-winter, a late Texas freeze in March, and temperatures that bolted into the 90s quickly thereafter, the Texas Funnel in 2022 was not exactly welcoming to migrating monarchs. 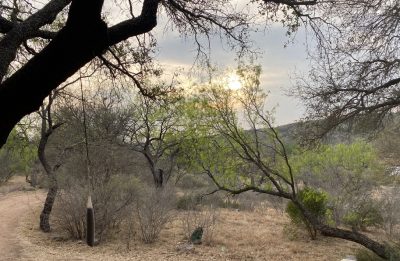 Swamp milkweed, Asclepias incarnata, sprouts along the Llano’s river banks, but it’s too late–the monarchs have moved on. Queens, another milkweed feeding butterfly, haven’t shown up yet.

Beyond the river banks, nary a milkweed sprout is showing in the ranch’s usual haunts.

That usual harbinger of spring, the prickly, pervasive agarita bush with redolent yellow blooms that usually shows in late February and early March, was stymied by the freeze and then parching temperatures. The tangy red berries remain dried on the bush.

Along the Llano and in many other parts of Texas, we’ve had no measurable rain in months. Conditions call to mind 2011’s historic drought, which resulted in the lowest population counts of monarch butterflies in recorded history. Those dismal numbers kickstarted mainstream monarch butterfly conservation in 2015. 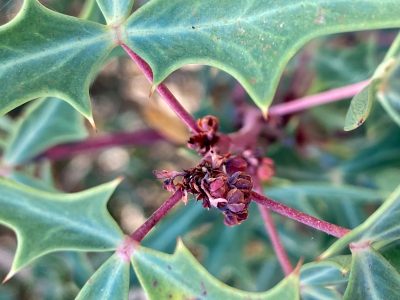 “Lord, give me peace and assurance that You will bring the needed rains,” wrote Don Gray, administrator for the Mason County Texas Community page on Facebook.  His April 14 post was followed by 99 comments, including dozens of “Amens” and praying hand emojis.

The lack of rain provides stark contrast to the last two years, which have offered robust moisture and optimal conditions for monarchs, other butterflies, bees and wildflowers.

Meanwhile, pockets of the state have enjoyed more typical rain conditions. As of April 14, U.S. Drought Monitor maps show 88% of Texas in a drought with another 9% classified as “abnormally dry.” 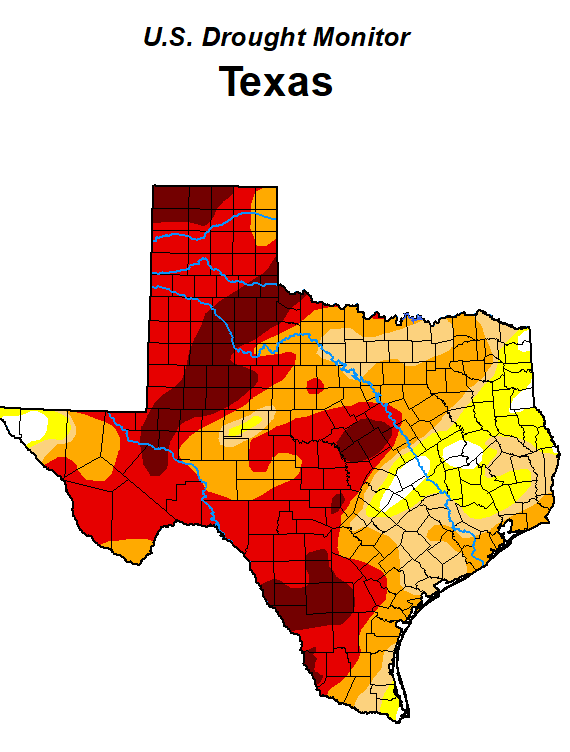 “May is now our wettest month–it used to be June. Those are two of our wettest months, and if we get the rain we need, it won’t be like 2011. It’s all about what Mother Nature brings us in the next two months.”