More than 150 people turned out to sample a variety of foods made with insects at Little Herds’ Future Food Salon event held at the Brazos in Austin last Wednesday. 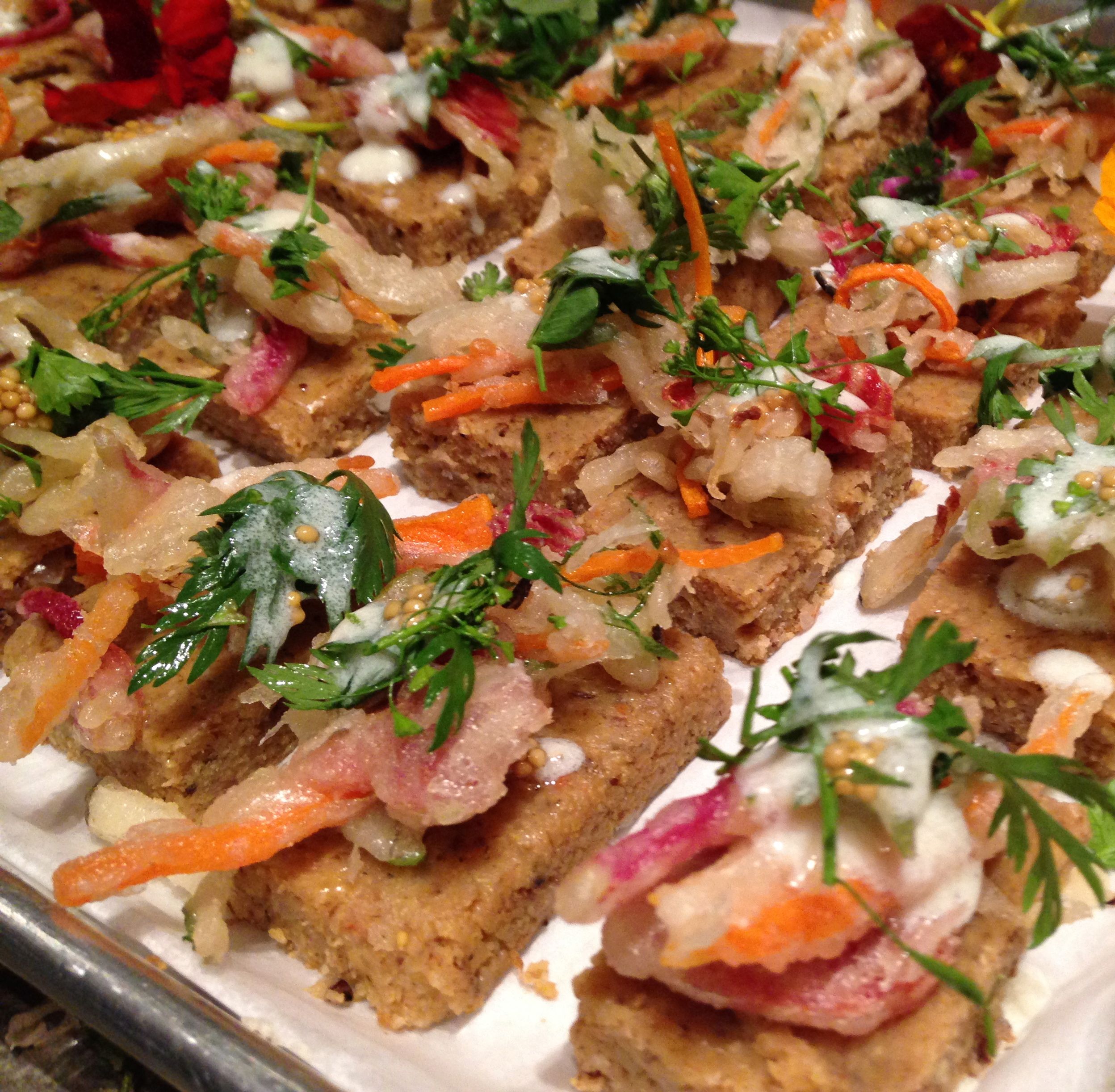 LIttle Herds, an Austin start-up and wannabe trade association for human grade entomophagy (that’s the consumption of insects as food) partnered with Alimentary Initiatives of Toronto, Canada, to host the bug banquet.
The evening capped a day when the three leaders of North America met in Toluca, Mexico, just 75 miles from the ancestral roosting sites of the Monarch butterfly.   By the end of the day, some of us had consumed mealworm and cricket snack mix for the first time (along with other entomophogical selections) and the decline of Monarch butterflies and other pollinators rose to prominence on the radars of Presidents Barack Obama and Enrique Peńa Nieto of Mexico and Prime Minister Stephen Harper of Canada.

Is there a connection here?
Absolutely.   The consequences for continuing to destroy our natural landscapes and manage the planet only for the benefit of Homo sapiens include an inability to feed the expected nine billion people who will inhabit the earth by 2050.  Just read this 185-page report, Edible insects: future prospects for food and feed security,  assembled by the Food and Agriculture Organization of the United Nations.
Serious concerns exist regarding our ability to feed the world as a burgeoning population will require us to produce twice as much food as we do today.  Sooner or later, those of us in the United States will join the two billion folks in other countries that tap more than 1,900 insect species for their high protein, low carb, low-fat, and extremely easy-to produce sustainable production needs. 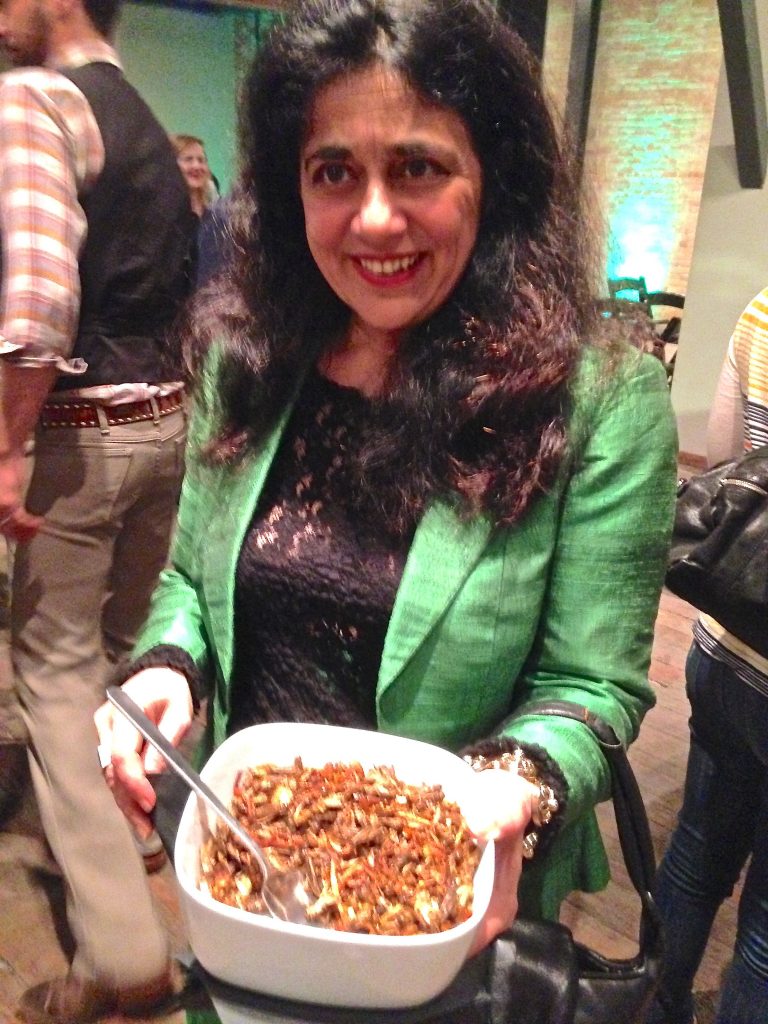 Aruna Handa, Founder of Alimentary Initiatives of Toronto, passes a bowl of crickets and grasshoppers.   Photo by Monika Maeckle

A small group of us went ahead and took the plunge last week.   We tried cricket flour polenta with tempura fried veggies, collard greens with mealworms, butternut squash soup with crunchy mealworms on top and dark chocolate drops topped with grasshoppers.
Most tasty were the delicious Chapul brand protein bars.  I prefer the Thai flavor, a chewy mix of coconut, ginger, lime, dates, almond butter, cashews–and of course, dehydrated crickets.  With 190 calories and 8 grams of protein, the bars are a nutritional bargain.
Don’t scoff.   It wasn’t that long ago that we snubbed sushi.   Swallow raw fish?   And now the Japanese mainstay can be found at most local grocery stores.  Won’t be long and insects will achieve the same status.