Butterfly aficionados in Texas are in for a treat March 24 in Austin:  the Austin Butterfly Forum will host a quartet of players responsible for discovering and sharing the location in Mexico of the Monarch butterfly roosting sites back in 1976.   For butterfly buffs, it will be an historic night, as Dr. Lincoln Brower, Catalina Trail, Dr. William “Bill” Calvert and John Christian gather to share stories billed as “a discussion of The Monarch’s Mexican Overwintering Refugia.”
I can’t wait.
The event takes place at Lady Bird Johnson Wildflower Center, 4801 La Crosse Avenue, Austin, TX 78739  7PM Monday, March 24. Tickets are $10 per person.   For more information, see the Austin Butterfly Forum website.

Dr. Lincoln Brower, one of the foremost Monarch butterfly entomologists in the country and a tireless advocate for the migrating creatures, will fly in from Sweet Briar, Virginia, to join the discussion and lead two field trips–one on Saturday and one on Monday.  Unfortunately, both of those are full.
Catalina Trail, the only living founder of the roosting sites, lives in Austin.  Her story and historic contribution to the discovery of the Monarch wintering grounds were first profiled on this website in July of 2012.
Back in the 70s, Trail and her then husband, North American Ken Brugger, answered an ad placed in the Mexico City News by Canadian entomologist Dr. Fred Urquhart and his wife Nora seeking “research assistants” to help piece together the mystery of the Monarch butterfly migration, a puzzle they had been working on for decades.   Born on a ranch in Michoacán, Trail worked with Brugger to search the Sierra Madre for years before discovering the ancestral roosts in January of 1975. 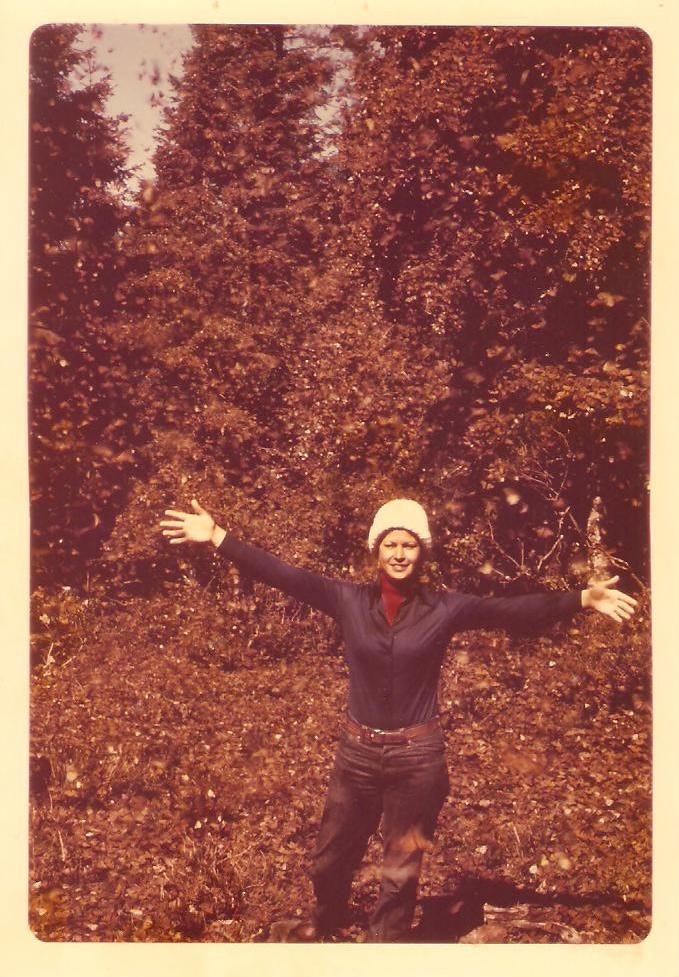 Urquhart refused to disclose the site to the scientific community and the world.  In the story he wrote for National Geographic that broke the news in August of 1976, coy language described a vague destination in the Sierra Madre at an elevation of 10,000 feet.  Many entomologists and citizen scientists who had contributed for years to unraveling the Monarch mystery wondered exactly where the millions of Monarch butterflies documented in the magazine’s pages were roosting.
Enter Dr. Bill Calvert, labeled a “cowboy entomologist” in the book Four Wings and A Prayer, which chronicles the events.
University of Texas entomologist Calvert teamed up with Brower on a quest to track down the mysterious location and make the whereabouts of the butterflies public.  He enlisted in this adventure an intrepid, Spanish-speaking researcher, writer and photographer named John Christian, also of Austin, whose Mexican upbringing and natural curiosity made him the perfect traveling companion and guide.

Catalina Trail and William “Bill” Calvert at an Austin coffee shop in June of 2012. Photo by Monika Maeckle

All four of these characters will stand before us on March 24 to share their tales of adventure and discovery of one of the most amazing natural phenomena on earth.   That scientists are predicting the possible extinction in the near future of the Monarch migration makes this gathering even more poignant.
For those who can’t sate their butterfly curiosity with just one event, Dr. Brower will offer an extra lecture on Tuesday, The Grand Saga of the Monarch Butterfly Research. 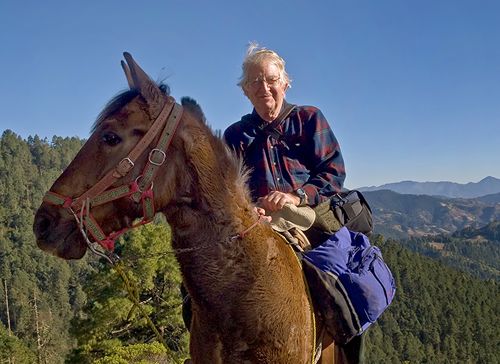 Mike Quinn and his colleagues at the Austin Butterfly Forum deserve a lot of credit for assembling this historic entourage of Monarch butterfly celebrities.
Quinn said the idea for the gathering was sparked by the chronicling of Catalina’s story here at the Texas Butterfly Ranch.  Trail had received little attention or recognition of her role in the saga until recently.  “That story got me thinking…” he said.  “Catalina, Bill Calvert, even Ken Brugger lived in Austin.  And now John Christian.  Austin is an epicenter of butterfly discoveries.”
As the founder of Texas Monarch Watch, the highly educational Texasento.net insect site and the president of the Austin Butterfly Forum,  Quinn fits right in with this crowd.
The event will be crowded, so show up early.   Folks are flying in from Michigan, Wisconsin, Nebraska and making the trip from Dallas and the Rio Grande Valley.  A crew of four documentary filmmakers contracted by public television of Mexico will also be on hand from Mexico City.
See you there.
Related posts: