Move over Monarch butterflies, Painted ladies are coming to town

While we wait for Monarch butterflies to make their seasonal pass through town, another long distance butterfly migrant is making its presence known in large numbers along the IH35 corridor: Vanessa cardui, commonly known as the Painted lady. 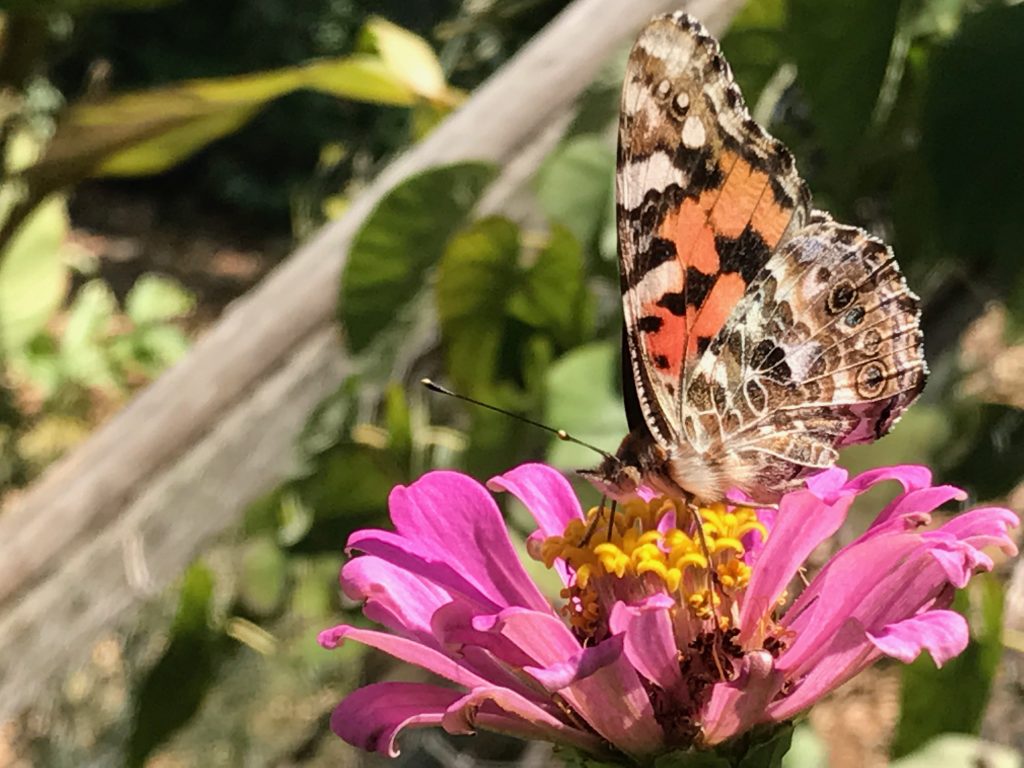 Reports of an epic surge of the most common butterfly in the world surfaced last weekend when the ubiquitous speckled insect showed up by the thousands at the University of Kansas at Lawrence’s annual Monarch Watch Open House. The event typically serves as a showcase for Monarch butterflies, which generally migrate through Kansas during these early September weeks.
This year, however, Painted ladies crashed the party, showing up in droves and stealing attention from America’s most iconic insect.
“This is probably the largest migration of that species I’ve seen in over 30 years,” Dr. Chip Taylor, founder of Monarch Watch and a host for the event, told the Lawrence Journal World September 8. Taylor will join us here in San Antonio for our festival and symposium, “Butterflies without Borders: the Monarch Migration and our Changing Climate October 20.” 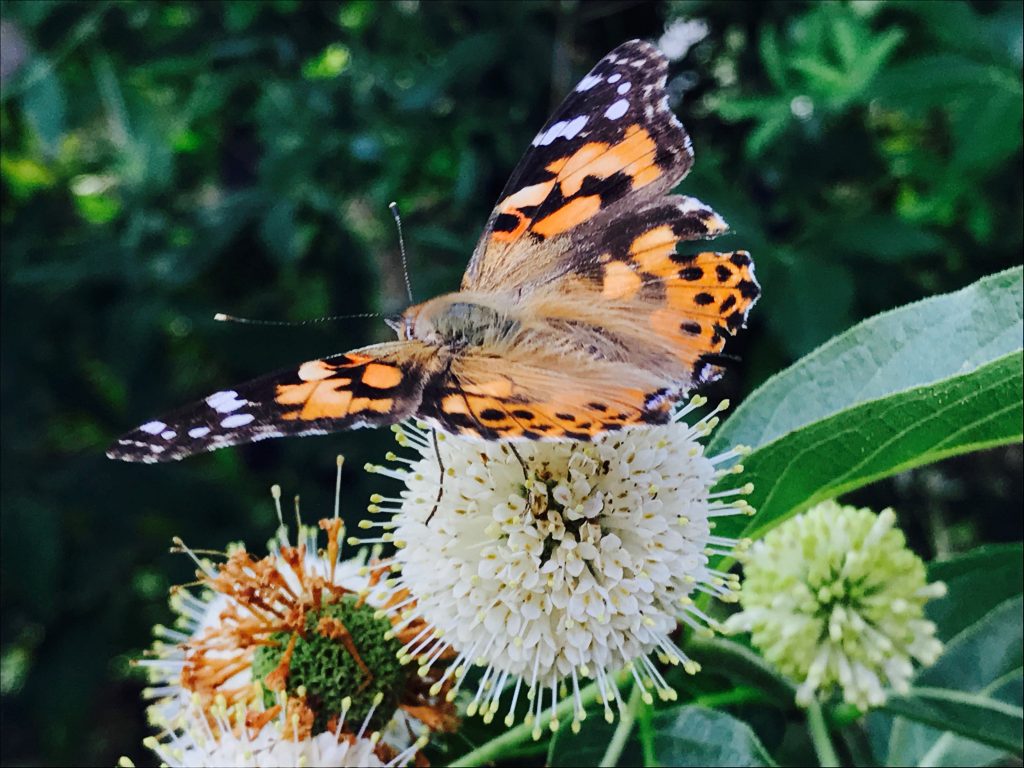 Some would argue it’s high time the pervasive Painted lady shares in the butterfly limelight. Dusky and speckled when folded, bold, orange and black when open, wings of the Painted lady carry her through Europe, Asia, Africa, North America, and Central America. Painted ladies are constantly on the move, migrating periodically from the east coast of the U.S. to the deserts of the Southwest to northern Mexico in sporadic and sometimes dramatic numbers. Unlike Monarchs, which only eat milkweed in their caterpillar stage, Painted ladies are much less fussy about their host plant. The caterpillars consume thistles, mallow, legumes and hollyhocks. They even like soybeans, says Dr. Royce Bitzer, a Painted lady expert based at the Iowa State University at Ames. Painted ladies also show no fidelity to a particular roosting spot or overwintering site. They go dormant just about anywhere.

Bitzer has been studying the versatile insects for years and tracks them via citizen science reports, personal observation and radar. “Monarchs get all the attention. They’re the big charismatic species,” says Bitzer, whose  Red Admiral and Painted Lady Research Site provides a comprehensive overview of the butterfly and its close cousins.
Bitzer has been trying with mixed success to do a more systematic assessment of Painted lady life cycles and populations through his website and the citizen scientist app iNaturalist. Those interested can create an account on his site and report sightings here. The observations will be geolocated and shown on a map. 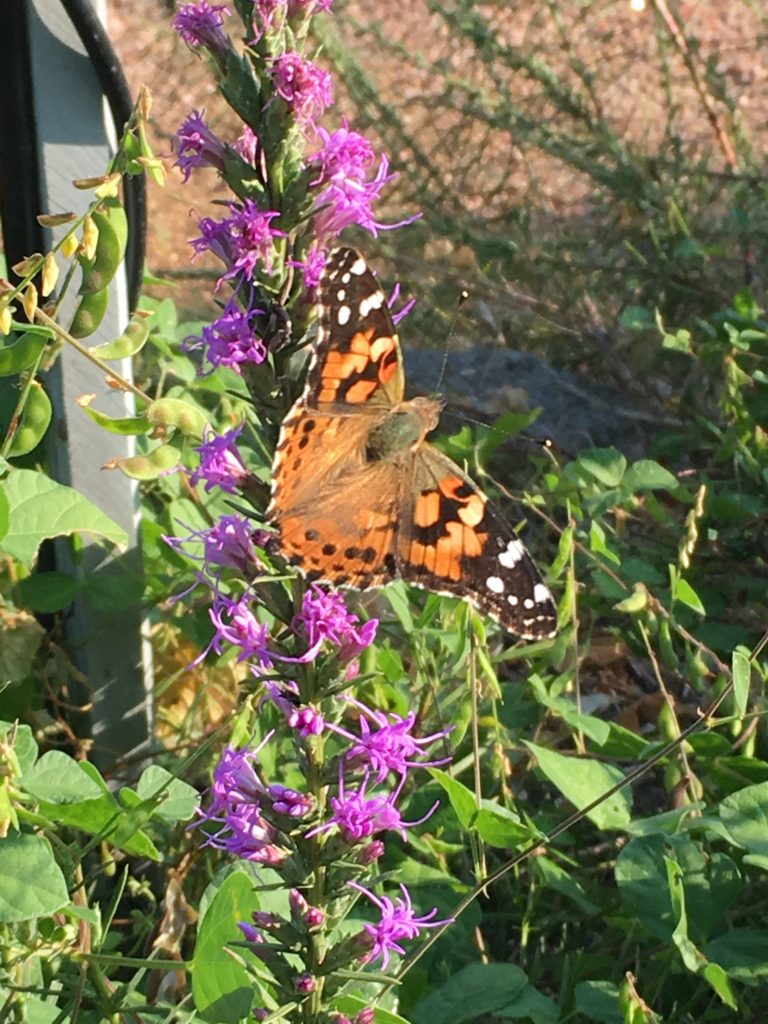 Another option is to join the hundreds of other observers who have filed 4,000 Painted lady observations on iNaturalist. The result of such citizen science is reflected in the map above, which shows the Painted ladies via orange dots on the map.
Bitzer says interest in Painted ladies is as ephemeral as their transitory presence.  “When they have big swarms, large migrations, that’s when I get 20 -30 people a week reporting on the website,” he says. 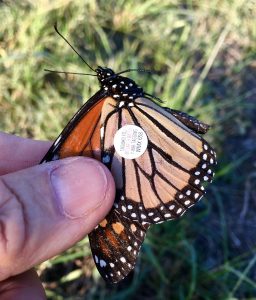 Tagging Monarchs is only workable because they overwinter in the same place, making tag recovery possible. Photo by Monika Maeckle

With this surge in Painted lady population, perhaps that can change. Or, maybe Bitzer could start a Painted lady tagging program like the one implemented by Monarch Watch?
Not likely, since Painted ladies don’t all roost in one place, as Monarchs do each winter in Mexico. Tag recovery would be extremely rare. For that same reason, we don’t tag Monarchs in the spring. Recovering tags is too impossible.
The Painted lady parade in Texas appears to have begun. Butterfly observers on the DPLEX list, an email list serv that reaches more than 800 butterfly scientists, citizen scientists and butterfly fans, are seeing them in Dallas.
“I am seeing dozens of Painted ladies nectaring in spots all over the Fort Worth Botanic Garden,” posted Gail Manning, Entomologist and Education Team Leader for that North Texas-based organization.
Linda Rippert of Meadows Place, Texas, reported Painted ladies “nectaring on all sorts of plants” southwest of Houston. We’re seeing them here in San Antonio, too. 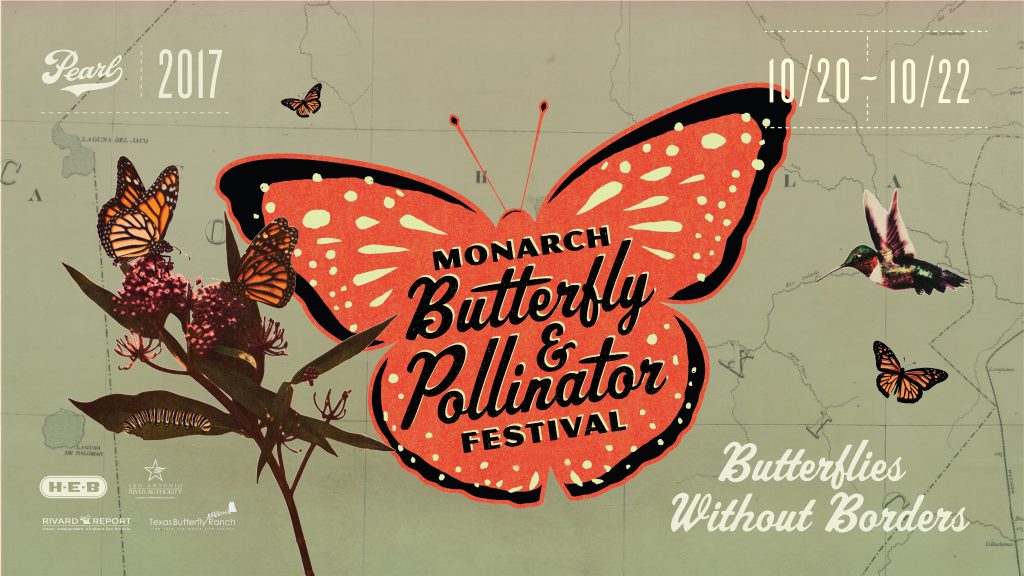 Several Painted ladies nectared on lantana along the South Channel of the Riverwalk earlier this week, and today one fueled up on Duranta in my downtown front yard.  Nectar Bar operator Drake White reports myriad sightings in North San Antonio at her home and Phil Hardberger Park.
Stay tuned for more. They may not be as dramatic as the memorable snout-nosed butterfly invasion of South Texas last September, but the Painted ladies are on their way.