By Monika Maeckle|2020-09-01T10:03:07-05:00August 30th, 2018|Festival, Monarch Butterfly, Monarch Migration|1 Comment
The sensory overload of walking into a forest that holds a billion Monarchs.
That’s what biologist Karen Oberhauser, Ph.D, remembers most vividly from her first trip to the monarch butterfly roosting sites in the Mexican mountains more than 20 years ago. 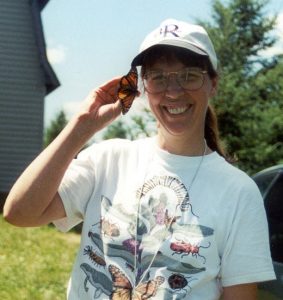 As cofounder of Monarch Joint Venture and the current Director of the Arboretum in Madison, Wisconsin, Oberhauser has been studying the iconic orange and black insects for decades. She will join us in San Antonio on October 19 for a panel discussion, Butterflies without Borders: the Monarch Migration and our Changing Climate.

Almost a billion butterflies clustered in a small patch of forest inside what is now the Monarch Butterfly Biosphere Preserve, scientists estimate. Oberhauser compared the vivid experience to scuba diving in an evergreen forest of sensory immersion. 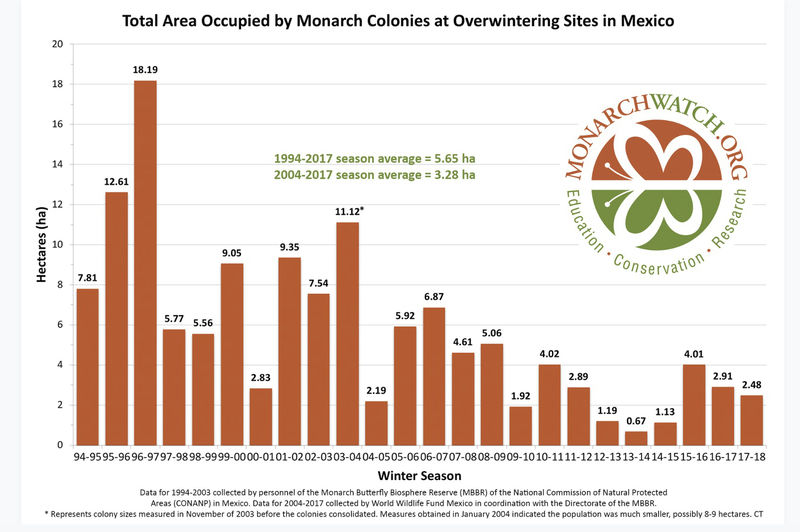 When Oberhauser first visited the roosting sites, the migrating monarch butterfly population was at its peak. Graph via Monarch Watch

Butterflies covered every available surface, surrounding her group with movement in every direction, recalled Oberhauser in a recent interview. Small movements of wings sent ripples through the forest. And the smell? Indescribable.

“The trees are filled with butterflies, resting, excreting, and sometimes dying and falling to the ground. The smell is hard to explain…it just smells like monarchs,” said Oberhauser. She added that since she’s spent plenty of time raising and handling monarchs, “I have that smell in my head. It’s just the smell of monarchs, what else can I say?”

Oberhauser’s decades of studying monarchs have taken her far and wide. Currently, she operates from her home in Wisconsin where she serves as the director of the University of Wisconsin-Madison’s Arboretum, a job once held by the father of wildlife ecology, Aldo Leopold. She’s visited the monarchs in the forests of Michoacán in Mexico, studied them upon their return in New England, and observed them in San Antonio moving through our Texas Funnel.

This year, she’ll join three other stellar speakers for the third annual three-day Monarch Butterfly and Pollinator Festival as one member of an expert panel at the Butterflies Without Borders Forum on October 19. The panel will tackle the status of the monarch migration, climate change, the influence of GMOs and pesticides, and the controversy surrounding the border wall which is proposed to plow through the National Butterfly Center in Mission, Texas, along the Texas-Mexico border. Tickets available here.

Oberhauser brings a deep understanding of the monarch migration, citizen science, and the monarch butterfly life cycle and biology. She received her undergraduate degree in biology from Harvard, then earned her Ph.D in Ecology and Behavioral Biology from the University of Minnesota. There, she took an interest in butterflies as a means of studying material investment of parents in their offspring.

Since, she has served as a professor, authored several books on monarch butterfly biology and conservation, and cofounded Monarch Joint Venture (MJV). In 2013 she was named Champion of Change for Citizen Science by President Barack Obama.

MJV works as a sort of United Way for Monarch butterfly-focused nonprofits, funding research and lending credibility to more than 65 organizations under its umbrella. Public and private entities make up the MJV roster, including migration and citizen science tracking organization Journey North, tagging program and monarch conservation organization Monarch Watch, and Monarch Lab, an organization also founded by Oberhauser at the University of Minnesota.  The Monarch Butterfly Fund, which works to preserve overwintering sites in Mexico and the National Wildlife Federation also belong to MJV. 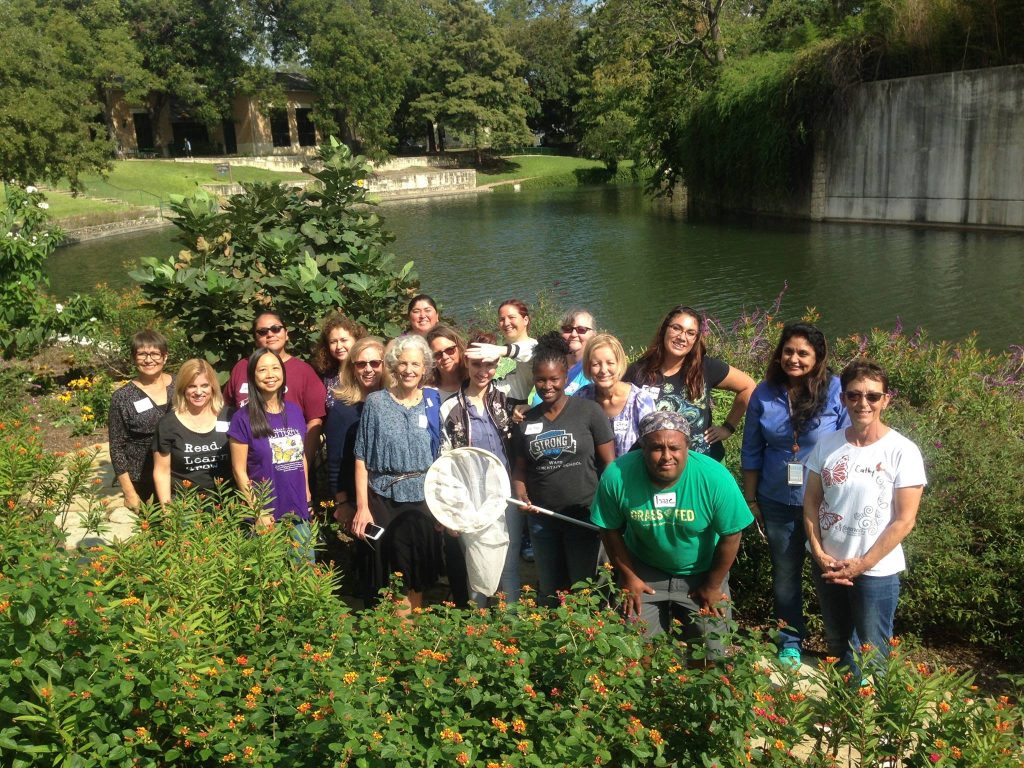 The week prior to the Forum and Festival, Oberhauser will serve as a visiting scholar at Trinity University. She will also lead a teacher training workshop at Confluence Park from 9 AM – 12 PM on Saturday, October 20. The program will be free to educators. Registration details coming soon.

Though the future of the iconic monarch butterfly migration appears uncertain, Oberhauser remains hopeful about the insects’ future.

“As long as people really work on creating and preserving habitats for monarchs, they have a really good chance of surviving, and the reason that I think that’s true is that they’re a very resilient species,” she said.

To hear Oberhauser and our panel of distinguished experts discuss monarch butterflies, their migration, and their conservation, join us at the Butterflies without Borders Forum on October 19. Tickets available here.

Karen Oberhauser’s visit to San Antonio is made possible in part by Trinity University, the San Antonio River Authority and Monarch Joint venture.