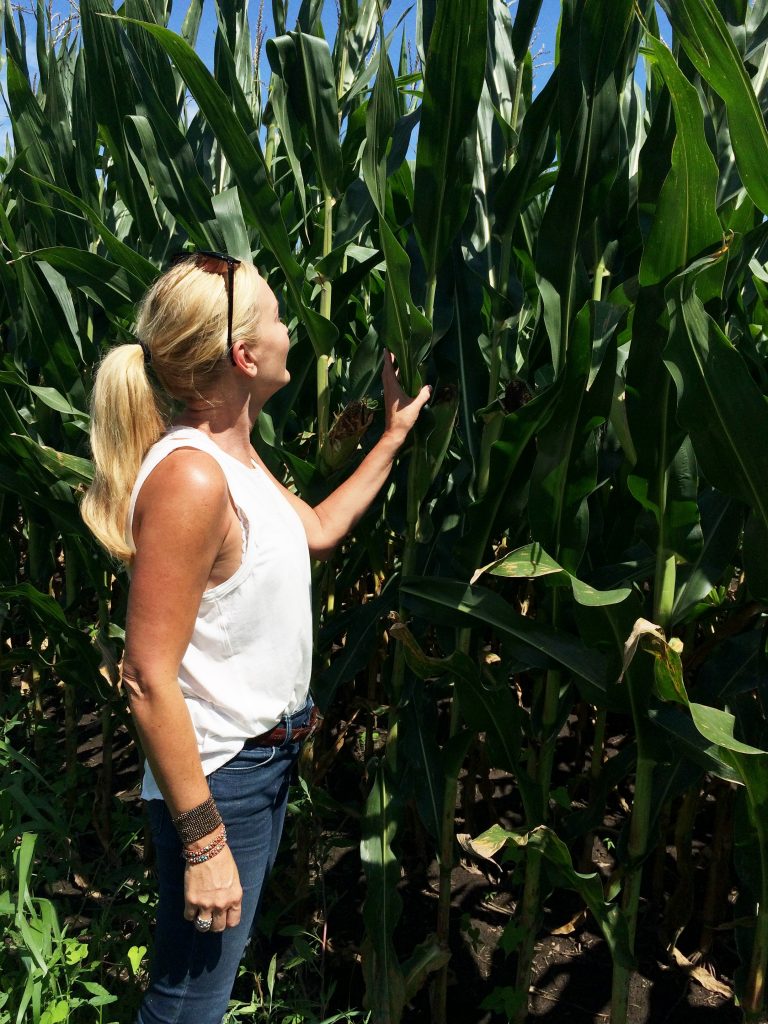 Gillam at work in a corn field. Photo courtesy of Carey Gillam.

For Carey Gillam, it all started in Kansas City in 1998 with farmers, an herbicide, genetically modified crops, and the agriculture giant that created them: Monsanto.

Author and investigative journalist Gillam had been working for financial wire services Thomson Financial for years out of Atlanta. In 1998, Reuters asked the Kansas native to return home and start covering food and agriculture, specifically the Monsanto beat.

The move marked the start of Gillam’s long path to our Butterflies without Borders Forum, where she will join our timely panel discussion on October 19.

That meant that for the first time in agriculture, farmers could spray a weed-killing chemical indiscriminately onto crops, eliminating all growth from between the field rows. Gillam’s job was to trace the implications of this massive change to our agricultural system.

“It was revolutionizing farming, and now of course we know what a big impact that has had on the environment and on pollinators and soil health and human health,” Gillam said in a recent interview. “But at the time, all we really knew was that this was changing agriculture pretty fundamentally,”

Gillam has spent 25 years covering the business community, Monsanto and other agrochemicals giants. She spent time all over the Midwest–the Monarch butterflies’ primary breeding ground–interviewing people at all levels of agricultural production and at Monsanto and rival agrochemical companies. In early 2016, she shifted to become the research director of U.S. Right to Know, an organization devoted to pursuing full transparency in our food system.

Since, she has continued her intensive, granular research into the American food system, resulting in Whitewash: The Story of a Weed Killer, Cancer, and the Corruption of Science. The book won the  2018 Society of Environmental Journalists’ Rachel Carson Environmental Book Award. 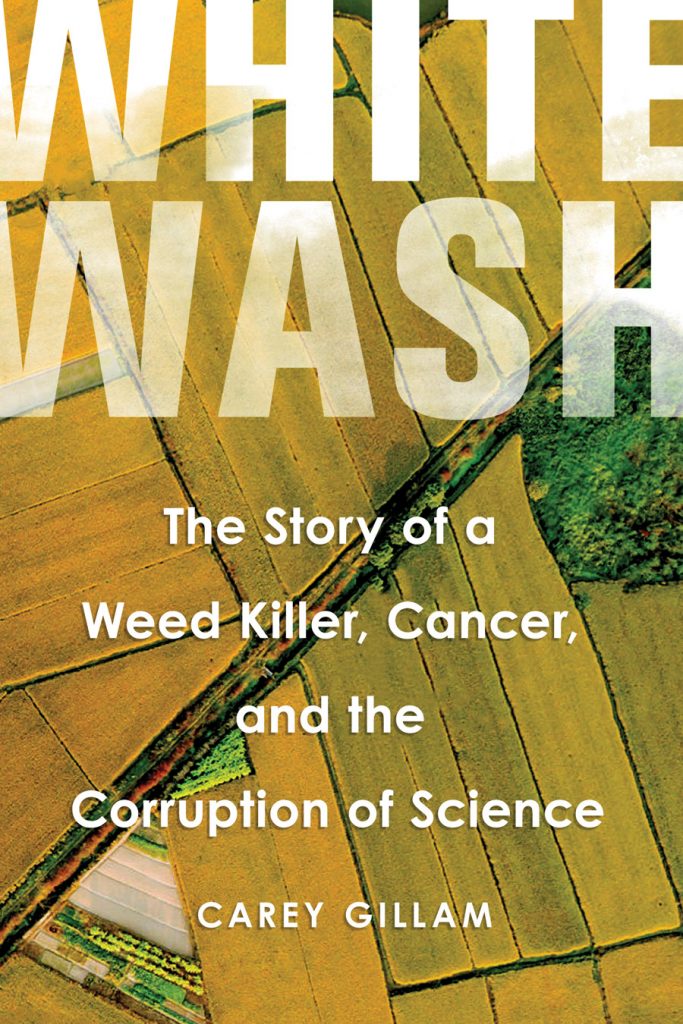 Whitewash addresses the history of Roundup, its effects on human health, its ecological impacts and consequences, and Monsanto’s influence on public perception and the progress of science.

“What I think is just jaw-dropping is the level of deception Monsanto and chemical industry allies have engaged in over decades,” said Gillam, describing years of “closely held, secretive collaborations” between the chemical industry and certain scientists, academics, regulators, lawmakers, and others. The approach is designed to promote the safety of Roundup and “harass anyone who has evidence of harm associated with the product,” she said.

Gillam’s book details the impact of RoundUp Ready crops on the human world, as well as the harm the herbicide poses to monarch butterflies and other pollinators.

In Chapter 10, “When Weeds Don’t Die, But Butterflies Do” she describes how Roundup and other herbicides have played a significant role in the decline of migrating monarchs by wiping out its host plant, milkweed. The common “weed” once grew prolifically between the crop rows of soy and corn fields of the American Midwest, the migrating monarch butterflies’ primary summer breeding ground. Bee health and neonicitinoids are also taken to task in Whitewash.

“Scientists recognize now that most uses of neonicotinoid pesticides present risks to bees as they forage on crops treated with these insecticides, taking in residues of the pesticides through both the pollen and nectar,” said Gillam.

In Europe, the food safety authority earlier this year published assessments showing that three neonicotinoids – clothianidin, imidacloprid and thiamethoxam –pose such a threat to bees. “In the United States, lawmakers and regulators are less concerned, it seems,” she said, adding that a final version of the new Farm Bill contains a provision that would bar cities from restricting pesticides like neonics, something many cities have been trying to do to protect pollinators.

Gillam brings her special expertise on herbicides, agribusiness, food production, and their connections to the health of pollinators and humans to our third annual three-day Monarch Butterfly and Pollinator Festival. She’ll join three other panelists at the Butterflies Without Borders Forum on October 19.

The panel will tackle the status of the monarch migration, climate change, the influence of GMOs and pesticides, and the controversy surrounding the border wall which is proposed to plow through the National Butterfly Center in Mission, Texas, along the Texas-Mexico border. Tickets available here.

Gillam predicts that in the short-term, we can expect more of the same from agrochemical companies. “The pesticide companies have convinced many farmers, regulators and lawmakers that they need to embrace the pesticide-dependent food production system that sends billions of dollars in profits to a handful of very large and powerful corporations.”

“Over the long-term, things will have to be different because the current system is simply not sustainable–not for the environment, nor human health.” Herbicide use is projected to skyrocket with the spread of new herbicide-tolerant, genetically engineered crops, she said. “Many of the big companies see this and are working on alternatives to synthetic pesticides. Farmers and food companies, and many consumers, also see that things must change.”