Monsanto: “We are absolutely committed” to Monarch butterfly conservation

Almost a year has passed since Monsanto Corporation stated in its Beyond the Rows blog that it was “eager” to restore Monarch butterfly habitat along the iconic creature’s migratory path.

When it comes to Monarch butterflies, Monsanto is often the villain of choice. But the company says they are committed to helping save the butterflies’ migration.

That blogpost appeared in the wake of an historic meeting of the NAFTA presidents last year, when Presidents Obama and Enrique Peńa Nieto, along with Prime Minister Stephen Harper of Canada gathered 75 miles from the Monarch butterfly’s ancestral roosting sites and committed to form a task force to “ensure the conservation of the Monarch butterfly.”
On February 24, 2014, Monsanto’s blogpost, generically labeled “The Monarch Butterfly” posed the question:  What can we do to help?
“We’re talking with scientists about what might be done to help the Monarchs rebound,” the unsigned post stated. “And we’re eager to join efforts to help rebuild Monarch habitat along the migration path by joining with conservationists, agronomists, weed scientists, crop associations and farmers to look at ways to increase milkweed populations on the agricultural landscape.” 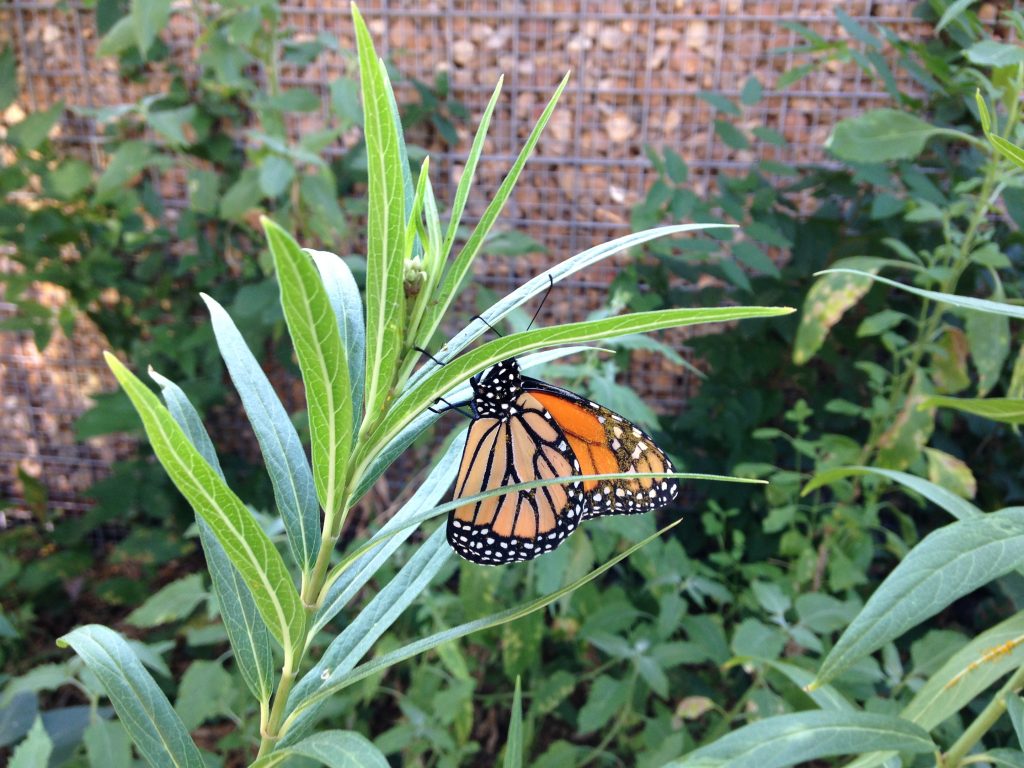 Native milkweeds like this Swamp milkweed, Asclepias incarnata, are harder to come by in the Monarch butterfly breeding grounds thanks to GMO corn and soybeans which allow for indiscriminate spraying of herbicides.  Photo by Monika Maeckle

In April, First Lady Michelle Obama planted milkweed on the White House grounds, thus creating the first-ever pollinator garden at 1600 Pennsylvania Avenue. Then in August, debate ensued over whether the Department of the Interior should list the Monarch butterflies as “threatened” under the Endangered Species Act.
Monsanto, often vilified for its genetically modified corn and soybean seeds that have wreaked havoc on milkweed all along the insects’ primary breeding grounds from Canada south to Mexico, has remained relatively mum on the subject. They returned to the subject of Monarchs in a September 12, 2014 post headlined, “Helping Protect the Monarch Butterfly.” Here’s an excerpt:

“At Monsanto, we’re committed to doing our part to protect these amazing butterflies. That’s why we are collaborating with experts from universities, nonprofits, and government agencies to help the Monarch by restoring their habitat in Crop Reserve Program land, on-farm buffer strips, roadsides, utility rights-of way and government-owned land.”

So what, exactly, has Monsanto done for Monarch butterflies in the last year? 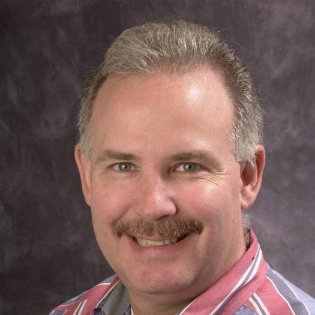 The Monarch community wondered exactly that this week on listservs, social media and via private emails.
As the news conference announcing the size of the overwintering population at the roosting sites in Mexico was postponed for the third time, efforts to restore milkweed by gardeners was taken to task by mainstream media, and comments on the Federal Register debating the insect’s ESA listing grew to more than 260, postings, conspiracy theories, impatience and indignation abounded.
Dr. Chip Taylor, founder of Monarch Watch, has consulted with Monsanto on the topic. He sent an email Monday to the DPLEX list, which is read by hundreds of butterfly enthusiasts, with the subject line: “Take a deep breath – exhale slowly – relax – please.”
Eric Sachs, the top Science and Policy official for Monsanto, said the multinational corporation is serious about helping Monarchs. While the NYSE-listed chemical and biotech powerhouse has publicly stated it does not support listing the insect under the Endangered Species Act because it wouldn’t “do anything to help solve the problem,” Sachs noted in an email and later by phone that Monsanto has been working diligently with public and private sector partners to “enable greater numbers of farmers to integrate Monarch habitat into existing conservation, land management and habitat expansion efforts.”
A presentation Sachs made in November 2014 to the North American Entomological Society emphasized the company’s penchant for P3s–public-private partnerships.  Tools in the conservation arsenal, according to Sachs, include grants, incentives and collaborative projects to increase habitat. 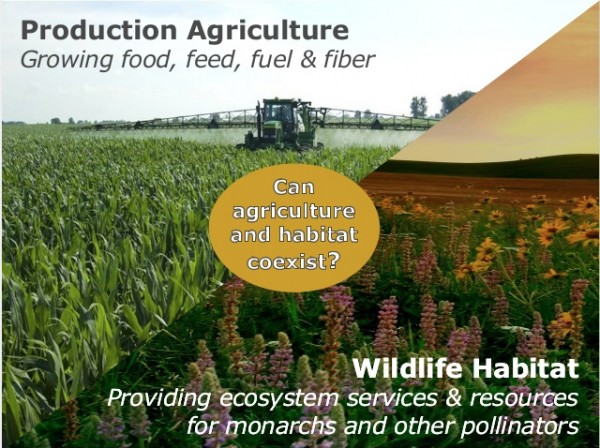 Can habitat and agriculture coexist? Good question. Eric Sachs made this presentation to the North American Entomological Society in November 2014.

Monsanto is prepared to make financial contributions to habitat preservation, Sachs said, but he did not say how much or exactly when, because the company is still trying to gain consensus from the coalition of scientists, conservationists and others tapped via the Keystone Center in Colorado.  “Obviously that plan needs to be supported with funds, which will come from Monsanto and other organizations,” said Sachs.
Dr. Taylor seconded the motion in his email to the DPLEX list, encouraging patience and a positive attitude.  “It costs $100-1000 per acre to restore milkweed/Monarch habitats, depending on the situation (and maintenance), and we are talking about restoration of a least a million acres a year just to offset annual habitat losses,” Taylor wrote. “Getting the Monarch numbers back to where they need to be will require the restoration of many more millions of acres. The investment will be significant. Partnerships are in the process of forming. Whether significant funding will be forthcoming is still an open question. Please be patient.”
Sachs said Monsanto is being “very deliberate” in developing their plan. “We want to make sure it’s robust, and measure the performance. Then we will essentially fund the program to make sure we get the bang for the buck,” he said.
How it all plays out remains to be seen. “We are absolutely committed,” said Sachs. “At the right time, people will shake their heads and say ‘this is good.’ But we’re not there yet.”
Related posts: