Here they come! Monarch butterflies heading south in what could be a late, great season

SAN ANTONIO — Monarch butterflies have begun their southbound migration in what could be a banner year. The iconic black and orange butterflies will start arriving here in the coming weeks, with peak migration for our latitude slated for October 10 – 22, just in time for our fourth annual Monarch Butterfly and Pollinator Festival.

Recent reports from Canada and Maine, the northernmost reaches of the monarch migration, have touted large numbers of the charismatic insects.

“This morning on Toronto Island, more monarchs than I’ve seen yet,” Jackie Robson posted on September 2 in the niche Facebook group, Monarchs Migrating through Ontario. “Hundreds and hundreds very quietly nectaring on Buddleia and Joe Pye (weed).”  Click on the video below to experience what Robson labeled your “30 seconds of Zen.” 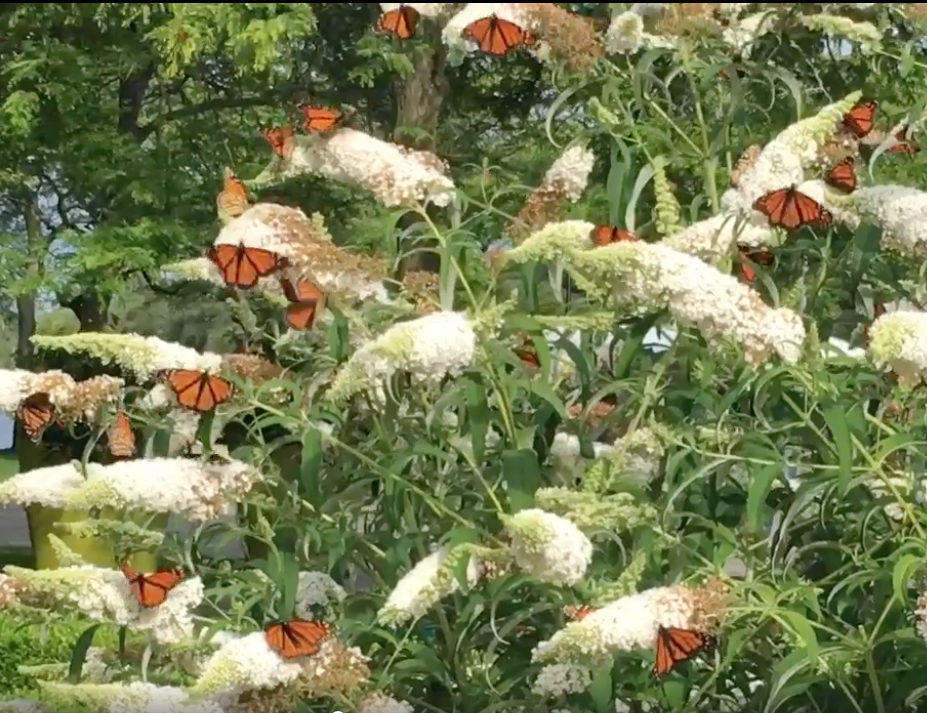 “This year’s large numbers are a hopeful sign, and the migration is continuing to pick up steam,” Journey North, a citizen science initiative that tracks migrations of the monarch and other wildlife, reported in its weekly update September 5. The organization also noted almost 150 overnight roosts were reported by citizen scientist volunteers. In the evenings, monarchs drop from the sky and rest in trees for the night, often along streams and rivers with nectar sources nearby. For more insights, check out Journey North’s live monarch migration tracking map.

An August 29 article in the Bangor Daily News touted a farm “enveloped” by monarch butterfly chrysalises about 60 miles south of the state’s capitol. “There must be thousands,” Heather Halsey told the reporter, as jade green, gold-flecked monarch chrysalises dangled from the window frames and wood siding of a building. The chrysalises typically hatch into butterflies within 10 days.

Caution tempers the good news, however. Much can happen between now and the time the butterflies arrive at their destination in Mexico, about two months from now. Myriad hazards could derail what appears to be a banner year–wildfires, hurricanes, a lack of nectar in the Texas Funnel and northern Mexico, aerial spraying of pesticides, among the concerns.

“I’m not ready for an update,” said Chip Taylor, founder of Monarch Watch, the citizen science tagging organization that tracks migrating monarchs each fall, when asked for a prediction. “I’m looking at the roost counts, the temperatures, the accounts of larvae, the accounts of many and the accounts of few, watching the rains in Texas.” Taylor deferred questions to a Monarch Watch blog post he wrote August 1 in which he stated that prospects for a “reasonably robust population look quite good.”

Here in the Texas Funnel, the migratory corridor through which all migrating monarchs must pass on their way to Mexico, widespread drought has been interupted with spotty, occasional thunderstorms all summer. The Texas Funnel is critical to the migrating insects in the later stages of their migration since here is where they fuel up and build the fat stores that will get them through the winter in Mexico. A lack of nectar sources  can be devastating.

That was not the case 30 miles away in Menard, where Jenny Singleton, a longtime docent for the Grapevine Flutterby Festival, has been tagging monarchs for decades at her family’s ranch along the San Saba River. In late August, Singleton texted me after a visit to her place. “It’s scary how hot and dry it is here. No nectar plants except for a few lantanas…I’m worried about the migration.”

In Comfort, just outside San Antonio, Cathy Downs, an outreach specialist for Monarch Watch who often hosts educational workshops on the insects, also expressed concern. “We haven’t had any rain here since June. It’s really crispy. No nectar. I’m hearing good things about the outlying areas getting rain. But not here.” Downs had spent much of the summer in Maine, and said “caterpillars were everywhere!” 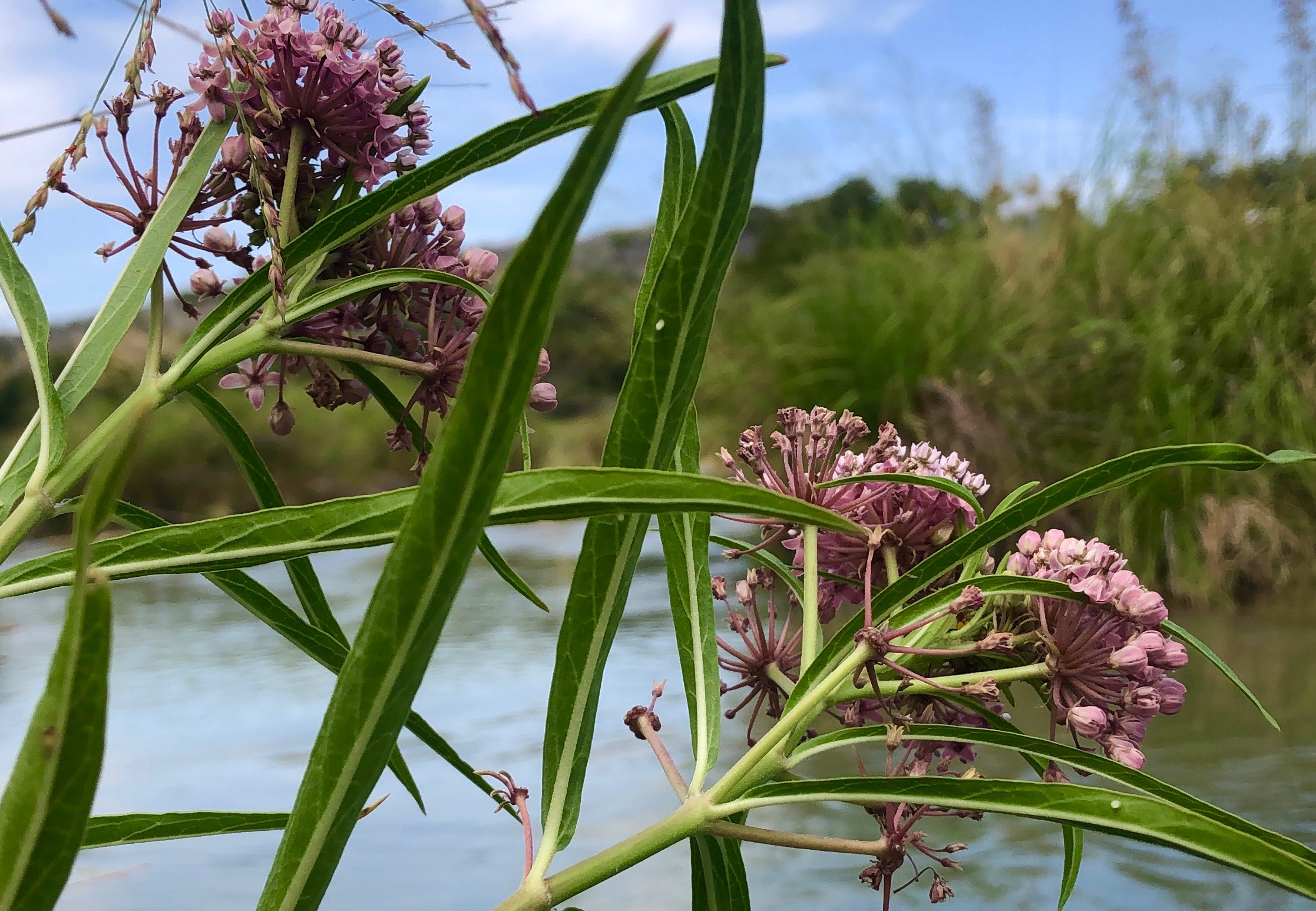 All those chrysalises in Maine will soon hatch, and those monarchs will be heading south. An abundance of caterpillars and chrysalises suggest we are in for a late, possibly great migration.