With a decision on whether or not the monarch butterfly will be listed as “threatened” under the Endangered Species Act due by December 15, a new study challenges the conventional narrative that the migrating monarch butterfly population is in decline. 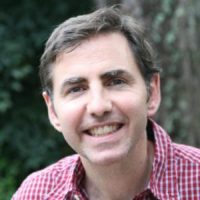 It examines 20 previously published data sets from multiple decades, including the population counts from the winter roosting colonies.

“Modest declines are evident in the winter colonies” and in several spring recolonization data sets, Davis states on page one of the paper. But, he writes, 16 separate studies conducted during the summer and fall “revealed either no trend at all, or in fact an increase in abundance.”

Davis goes on to challenge what he labels the “dogmatic narrative” of monarch butterfly decline.

Specifically, he rejects the decades-long fixation on the Mexican overwintering sites as prime indicator of monarch population health. That, and misguided concerns about a lack of milkweed, the monarch butterfly’s singular host plant, bring him to the conclusion that “the eastern North American monarch population is doing just fine.”

“Monarchs in eastern North American are capable of rebounding fully each year, implying that milkweed is not limiting within their range,” writes Davis of what’s known in monarch circles as the “milkweed limitation hypothesis.”

He contends that while modest declines in the overwintering populations are evident, monarchs may be more resilient than other insect species whose populations are crashing during a time that has been called the insect apocalypse–a storm of climate change, pesticide abuse and habitat destruction.

Monarchs are capable of utilizing a variety of human altered landscapes, says Davis. “It should not be overlooked that milkweed thrive in disturbed landscapes,” he states on page 16 of the study. He notes that monarch abundance is inversely associated with forest area.

“Any forest clearing for human activities, while destructive, can in fact benefit monarchs,” says Davis.

He also suggests that the size of the winter colonies doesn’t matter because monarchs have the capacity to rebound throughout the season. Environmental conditions during the spring and summer are much more important, he states.

“I think it is near indisputable that monarch butterflies have declined considerably since the late 1990s,” said Wayne Thogmartin, a Quantitative Ecologist at United States Geological Survey who has authored and co-authored several studies on monarch butterfly decline.

Anurag Agrawal, chemical ecologist at Cornell University and author of Milkweed and Monarchs, agreed with Davis that milkweed availability is not the primary challenge to monarch butterfly health. Agrawal authored a controversial study in 2016 that cast a lack of milkweed as an “unlikely” driving force behind monarch’s population decline.

“I am now more convinced than ever,” said Agrawal via email in response to the Davis paper. “All the data are essentially correct. And it is time for the deniers…to embrace the full annual cycle data. Andy’s paper convinces me of that.” 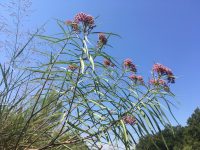 According to Andy Davis, plenty of milkweed exists to fuel the monarch butterfly population. Photo by Monika Maeckle

Chip Taylor, founder of Monarch Watch, and one of the most vocal and public proponents of the “milkweed limitation hypothesis” as an explanation for monarchs’ decline, disagrees.

“To anyone who doubts that monarchs are in decline, I would suggest they look at the data just as I would advise those who doubt climate change,” Taylor said. He added that the loss of monarch habitat over the years has been well documented. “The importance of habitat vs. migration mortality was the basis for our most recent paper,” he said.

“Monarchs are doing relatively well,” said de Roode, who has another study currently being peered reviewed, but referenced in Davis’ paper.

“This is not a cynical finding or a cue to give up on anything….It’s more a sigh of relief and pointing more accurately to where the problem is–that it’s harder for the monarchs to migrate to Mexico.”

“It’s worth noting that the vast majority of other peer-reviewed studies looking at population trends for the eastern population have chosen to not use this data,” said Emma Pelton, a scientist for the invertebrate conservation organization the Xerces Society, referring to Davis’ treatment of older data. She added that those estimates were collected before systematic colony surveys began in 1993-94.

Xerces is one of several parties that filed the Endangered Species listing back in 2014.

As for the impact the Davis study might have on that ESA listing, due within a month, most scientists said they didn’t believe the paper would have any effect.

Citizens scientists and monarch butterfly aficionados felt their heads spinning. For the last half decade, they have generously supported fundraising pleas and the planting of milkweed. The Mexican overwintering population counts, announced in early spring, often set the tone for the season and are met by media and monarch followers with great fanfare and authority.

“Just now read the lengthy blog,” noted Kay Henrichs on Facebook. “Very interesting and certainly going against everything I have read and know about the monarch population!! Illinois has a monarch action plan to plant millions of milkweed seeds and plugs in the next few years!!!!”

The impact on monarch conservation remains to be seen. If the insects are truly so resilient, then how will monarch butterfly supporters  respond to fundraising pleas to “save the monarch butterfly”?

“I had some hopes that if this finding is true, that monarch populations are only crashing in Mexico, that this news could translate into more attention, research and resources for their overwintering habitat,” said Ellen Sharp, owner of J&M Butterfly B&B in Macheros, Mexico.

Sharp and her partner Joel Moreno founded their B&B at the trailhead of Cerro Pelón, one of the sites where the monarchs roost each winter. They also started a nonprofit, Butterflies and their People, to help guard the forest. Until recently, they also organized ecotourism outings to the roosting sites, which are now closed because of COVID-19.

“I am concerned about the implications of this finding because I’m sure all the funding and conservation efforts on behalf of this charismatic flagship species are benefiting the rest of the ecosystem,” said Sharp.