The 2021 monarch butterfly migration is underway.

The population, down 28% from last year, arrives in Texas from Mexico as gardens and landscapes are recovering from Storm Uri. The historic snowstorm hit the Lone Star state in February, leaving the insects few milkweed plants on which to lay their eggs.

Typically, Texas serves as migrating monarchs’ first breeding stop. The insects only lay their eggs on plants in the Asclepias, or milkweed, family. A variety of flowers provide food/fuel in the form of nectar, and were also stunted by the weather, especially non native plants.

According to reports from the community science organization Journey North, the butterflies left their Mexican roosting sites earlier than ever.

“Cerro Pelón’s butterflies have left the sanctuary the earliest we’ve ever seen them do so,” wrote Dr. Ellen Sharp, a Journey North correspondent and co-owner of  JM’s Butterfly BnB, which is based at the entrance of the Cerro Pelón butterfly sanctuary in Macheros, Mexico.

“By March 5th, the rangers and guardians were still seeing monarchs flying about and mating, but there was no more colony to be found,” she said in Journey North’s March 10 bulletin. 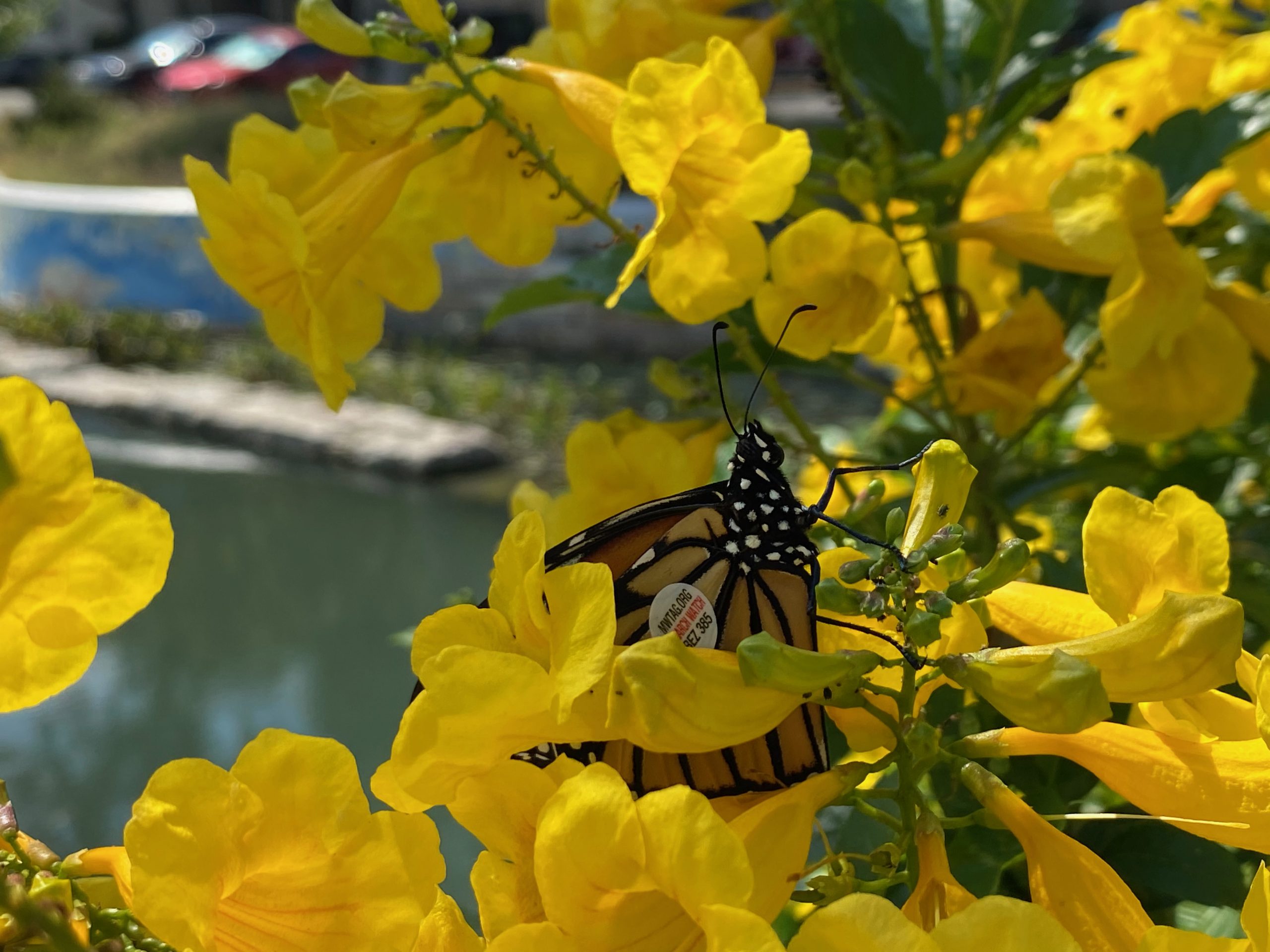 Tagged monarch nectars on Esperanza in October 2020. Most of the yellow blooming bushes did not survive the freeze. PHoto by Monika Maeckle

This week’s  Journey North report had the butterflies largely concentrated in Texas, with the migration’s leading edge stretching into Oklahoma and Arkansas.

“Had a monarch on the Mexican plum and we have two tiny antelope horns (milkweed) up already,” said Lee Marlowe, ecologist for the San Antonio River Authority and president of San Antonio’s Native Plant Society chapter.

On the DPLEX, an email forum devoted to all things monarch butterfly, people chimed in with reports of sightings and a lack of milkweed.

“Asclepias asperula, Antelope horn milkweed, is now present and reasonably well grown out, with few flower buds, from San Antonio to Austin and San Angelo,” said Chip Taylor, founder of Monarch Watch, the community science program at the University of Kansas at Lawrence that tags the butterflies each fall.

Taylor also noted the presence of nectar sources, but said that Asclepias viridis (green milkweed) is still “a no show and that’s a problem for all monarchs advancing north in central Texas and beyond,” he said. 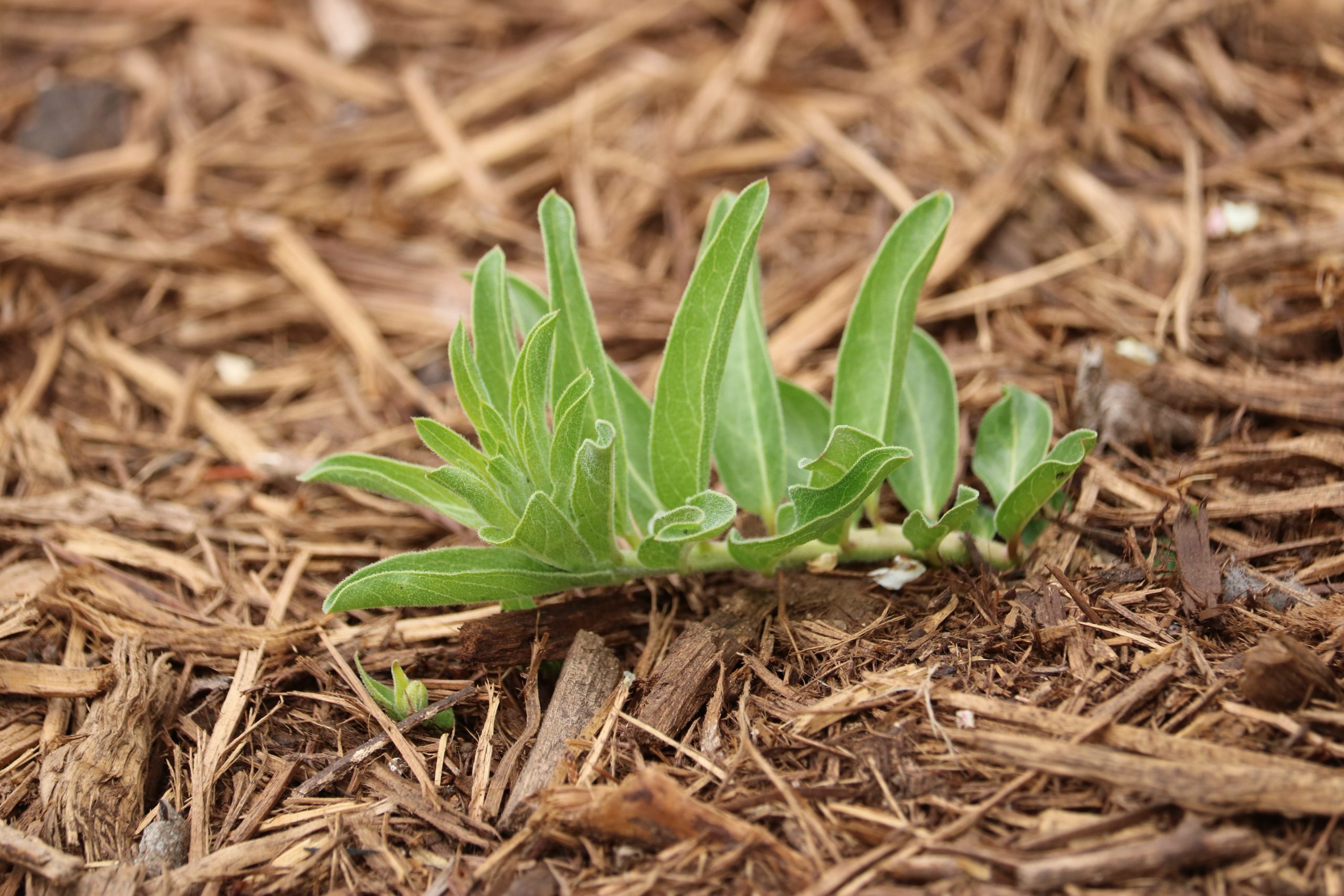 Gardeners whose yards relied on non native subtropical plants to provide spring color and nectar have been busy assessing the winter storm’s damage, which left parts of the state below freezing for 151 consecutive hours.

Reliable bloomers like Duranta and Esperanza, both non native, semi tropical bushes that were in full bloom in early February thanks to unusually warm temperatures, were left stunted by the cold. It remains to be seen if they will recover.

Classic wildflowers, like bluebonnets, Indian paintbrush, Indian blanket, Giant spiderwort and others should be showing and blooming right on schedule, according to the the Ladybird Johnson Wildflower Center.

Garden centers and nurseries have been having a tough time keeping up with customer demand. 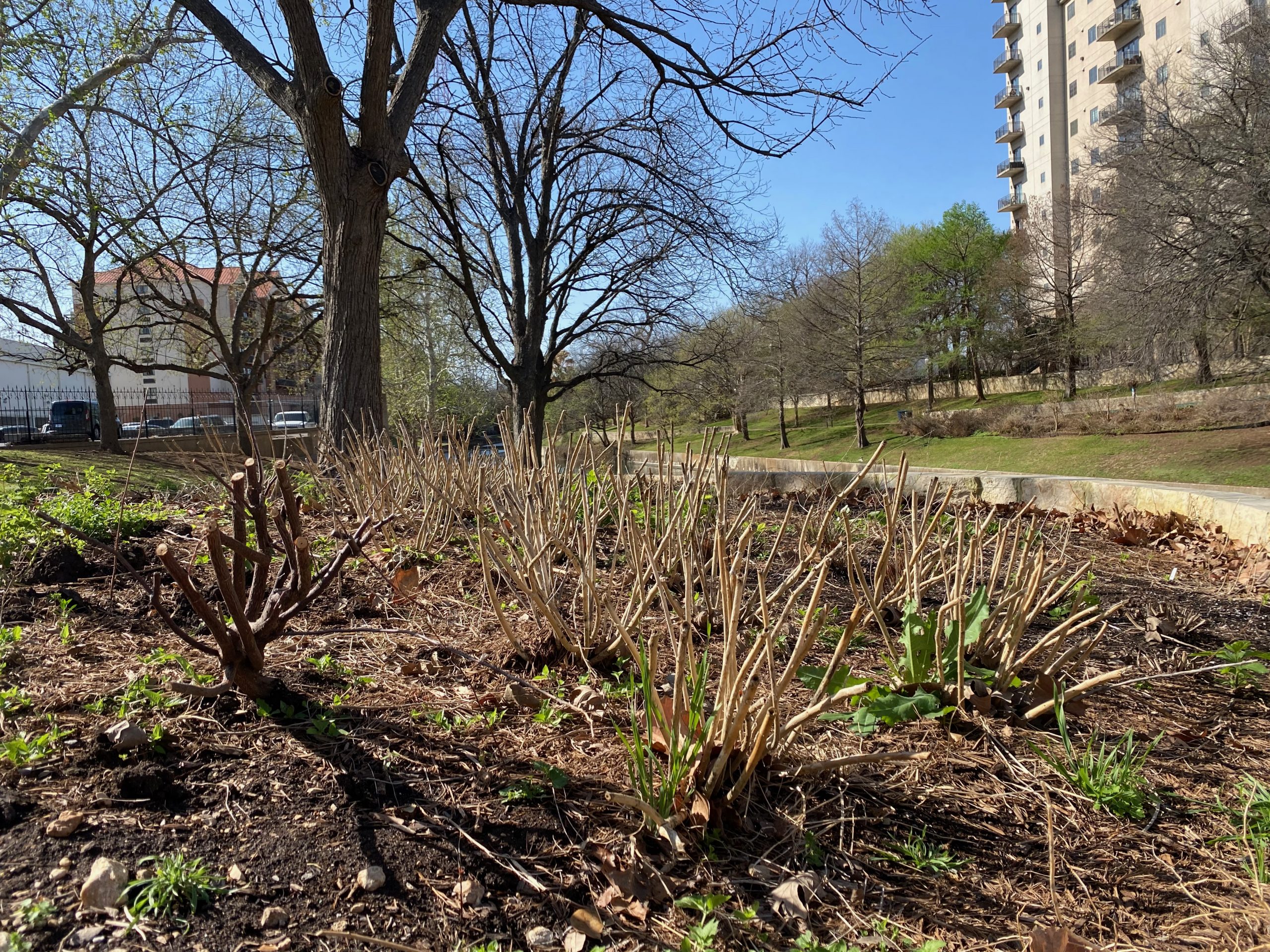 The City of San Antonio has installed several downtown butterfly gardens along the San Antonio River, many with dozens of Tropical milkweed shrubs. The perennials provide almost year-round blooms and host plant to local and migrating butterflies.

At least 50% of the Tropical milkweeds will have to be replaced, according to Juan Guerra, senior horticulturist for the City of San Antonio. He said the City is experimenting with natives, but they’re challenging to grow.