Ten years later, the classic “Flight of the Butterflies” to screen at the Witte Museum

The classic IMAX film, “Flight of the Butterflies,” returns for public viewing at the Witte Museum in San Antonio this Saturday, October 15, as part of the 7th annual Monarch Butterfly and Pollinator Festival. The movie will be shown at 1 and 3 PM and access is included with Museum admission.

“On the tenth anniversary of its release, this film is as important today as it was 10 years ago,” said Helen Holdsworth, chief engagement officer for the Witte. “It will make the viewer fall in love with these amazing butterflies and inspire us to be stewards to the land for monarchs.”

The film weaves the compelling narrative of Dr. Fred Urquhart and his wife Norah, who studied the monarchs for 40 years and are credited with piecing together the mystery of their migration. Their tenacious efforts included the development of citizen scientist tagging programs. 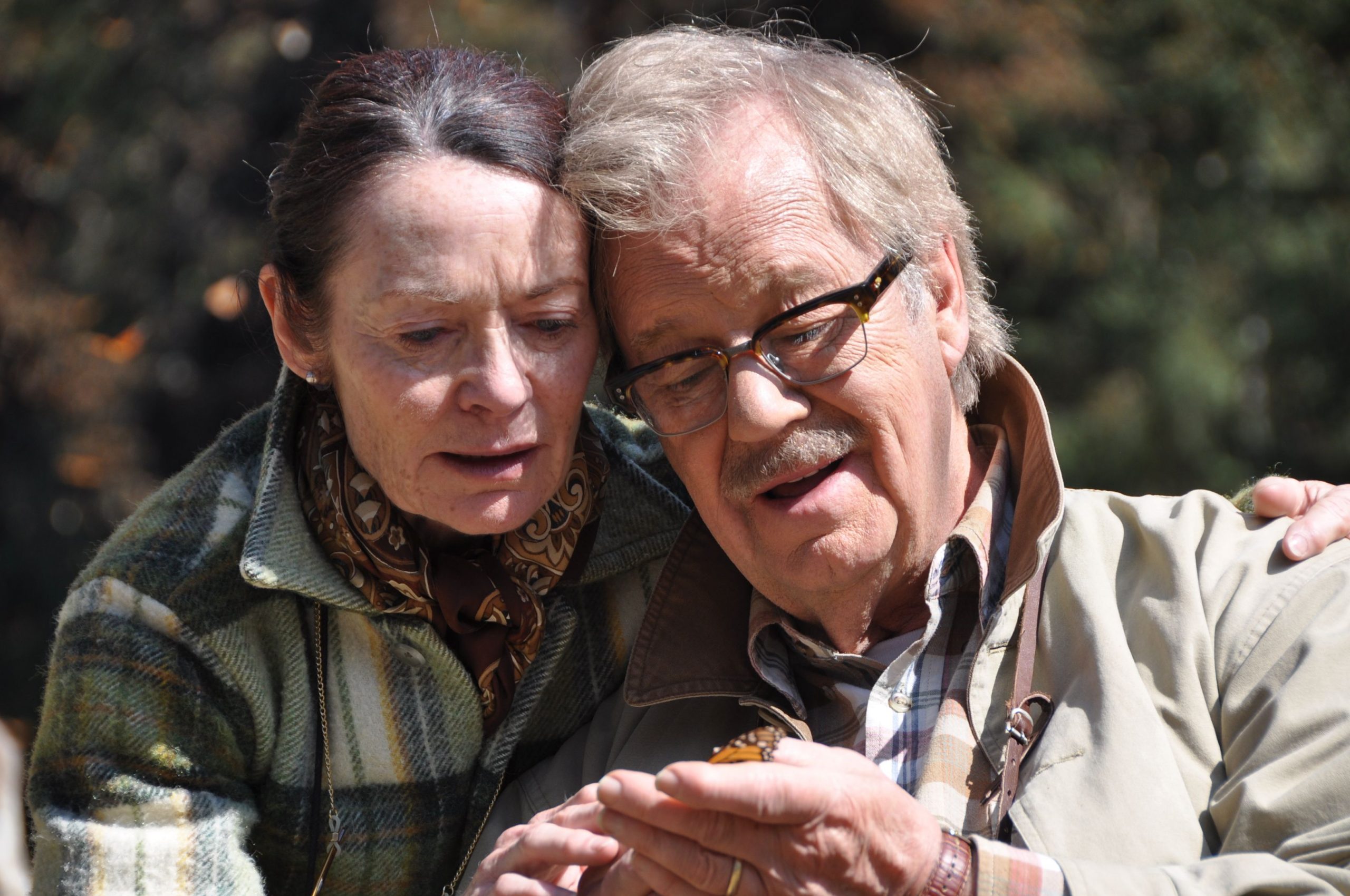 In the movie, Flight of the Butterflies, Norah and Fred Urquhart find a tagged butterfly in the Mexican mountains.  Photo courtesy SK Films

The climax of the story occurs when the Urquharts finally visit the ancestral roosts in early 1976, after Mexican national Catalina Trail and her husband Ken Brugger lead them to the roosts in the Mexican mountains where the butterflies wait out the winter each year.

The film depicts the elderly couple huffing up a challenging trail, gasping for air in the thin mountain air. Upon first sight of  the forest filled with monarch butterflies, Urquhart appears teary.

In his first person account in National Geographic Magazine in August of 1976, Urquhart mentions the possibility that he might perish before seeing the subject of his life’s work. Here’s what he wrote:

“Norah and I are no longer young.   At 10,000 feet, as we walked along the mountain crest, our hearts pounded and our feet felt leaden.

The rather macabre thought occurred to me:  Suppose the strain proved too much?  It would be the ultimate irony to have come this far and then never witness what we’d waited so long to see!”

But the Urquharts lived to see the monarchs and tell the tale.

In the movie, he sits down in a field to absorb the magnificence of millions and millions of butterflies–floating, flitting, fleeing the ancient Oyamel trees as the sun warms them for a midday flight.  He looks down to see a tagged butterfly near his feet–thus proving that these butterflies migrated from the United States.

Watching this scene, it’s hard not to wonder: did that really happen?

“They couldn’t film what really happened.”  said Dr. Chip Taylor, founder of Monarch Watch at the University of Kansas at Lawrence and a longtime monarch butterfly scholar, when the film was released in 2012.  “A lot of people questioned that scene.”

“What really happened, he was sitting by a tree, and a branch fell down,” Taylor said by phone.   “And one of the butterflies on the branch had the tag on it.”   Taylor said the filmmakers couldn’t replicate the situation exactly without harming the butterflies.  Deliberately breaking a branch off the tree in the protected sanctuaries where the scene was shot would have been illegal.  The tag was applied in Chaska, Minnesota. 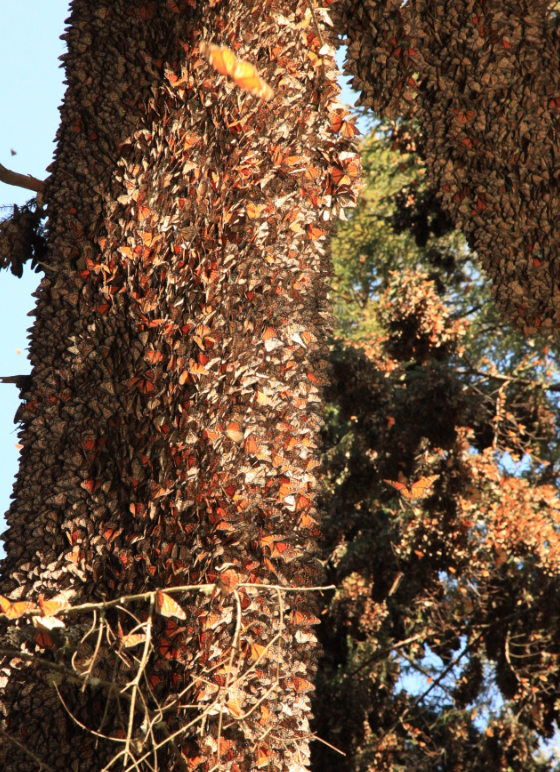 Catalina Trail, the only living member of the team that discovered the monarch roosting spots in and who was present at that moment, confirmed the story.  “That’s how it happened,” she said by phone from Austin.

Urquhart described the moment on page 173 of the August 1976 edition of National Geographic:  “While we stared in wonder, a pine branch three inches thick broke under its burden of languid butterflies and crashed to earth…..There, to my amazement, was one bearing a white tag!”

”Flight of the Butterflies,”this Saturday, October 15, 1 and 3 PM at the Witte Museum in San Antonio. Details here.