One of the hottest winters in history poses good news and bad news for migrating Monarch butterflies this season. The good news: warm weather and well-timed rains translate into a grand wildflower season with plenty of milkweed in South Texas. The bad news: those same high temperatures in Mexico where the Monarchs overwinter mean that many butterflies have burned up much of their stored winter fats, creating a lack of fuel and extra stress for their journey north.

Some of the migrating creatures that arrived in the Mexican mountains last fall have already left the roosting sites. In fact, we found our first-of-season caterpillar this week on Tropical milkweed, Asclepias curassivaca, along the San Antonio River Walk.

But the bulk of the overwintering butterflies have yet to depart, head north and lay the first round of eggs that will launch the 2017 edition of their epic multigenerational migration. The success of that first generation, often born in Texas, sets the stage for a successful-or-not Monarch butterfly season. Subsequent generations make their way north to Canada over the summer, reproducing along the way. In the fall, they fly home to Mexico to roost until one day in March, they leave for good, head north, reproduce and die–starting the cycle anew. 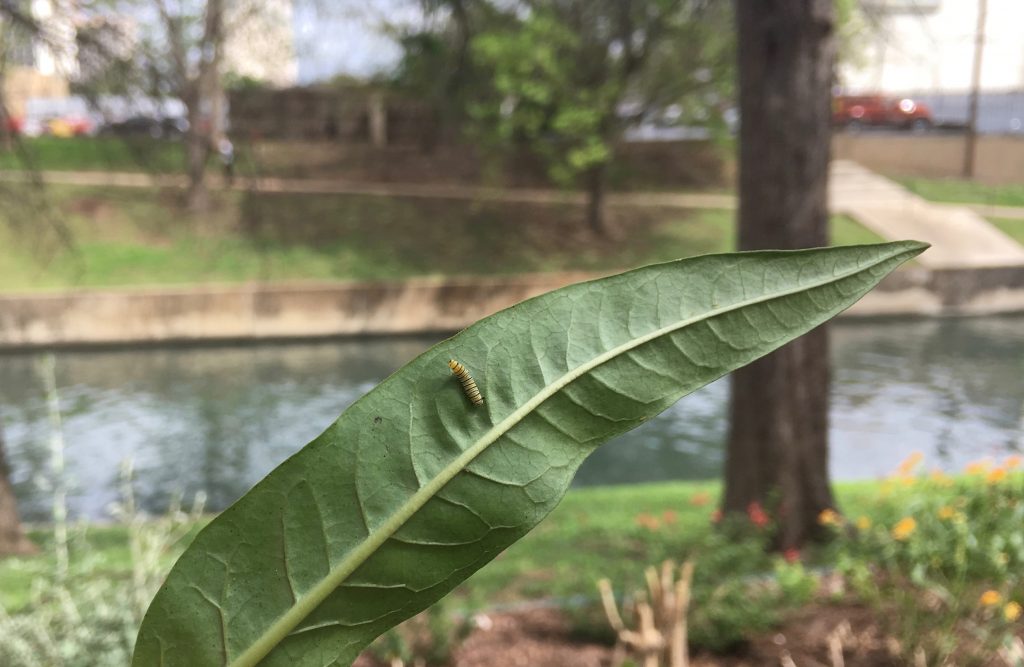 A recent trip to the roosting sites in Mexico found the butterflies fluttering from their roosts on the sacred firs in search of water and nectar–not unusual this time of year. The butterflies puddled in the damp mud of shallow mountain streams to rehydrate and sip nutrients. They also nectared on stands of asters, sages and various verbenas. Many butterflies lay dead on the ground–again, not unusual.

According to Dr. Cuauhtémoc Sáenz Romero, a forest geneticist at the University of Michoacán, the winter storm of March 2016 punched dangerous holes in the forest canopy. An intact canopy serves as a blanket for the butterflies and prevents temperatures from dropping below freezing, while the butterflies wait out the winter in a semi-hibernative state.  A lack of activity in the context of cold weather and insulation provided by the forest helps them conserve lipids (previously accumulated fats in their bodies), needed for the spring remigration. Gaps in the forest canopy and hot temperatures–the warmest winter in history–force the butterflies to burn up their fats.

Sáenz Romero expressed concerns that the condition of the forest coupled with climate change could have devastating consequences when the weather turns chilly and humid. This creates a deadly combination, forming ice on the Monarchs’ wings, he said, often causing their death.

Such concerns motivated Sáenz Romero, ecological sciences professor Arnulfo Blanco García, and a crew of University of Michoacán students to establish an experimental forest plot on the Ejido La Mesa en Sierra Campanario near San Jose del Rincon in the state of Mexico.

While the area officially serves as a Monarch sanctuary and is part of the Monarch Butterfly Biosphere Reserve, few butterflies were present upon our visit there earlier this month. Signs of high temperatures, drought and the March 2016 storm that decimated more than 100 acres of forest and millions of butterflies were evident, however.

Sáenz Romero pointed out trees with skinny tops and a lack of foliage, which suggests a lack of water. A wet season and dry season typify the usual weather pattern here, he explained. But when the wet 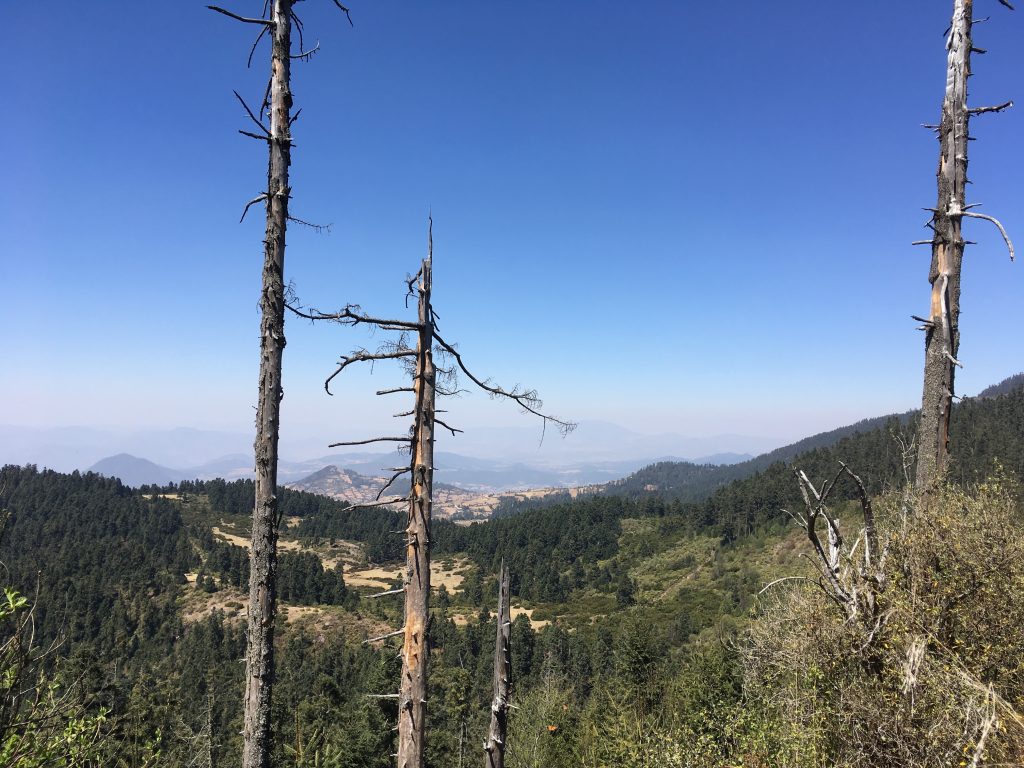 Drought and high winds make the trees where the Monarchs roost vulnerable. Photo by Nicolas Rivard

It wasn’t always this way, said Blanco García, taking in the vast expanse of oaks, pines and Oyamel, preferred by overwintering Monarchs. This area of Mexico has long relied on mining, which has posed different threats to the forest in the past, such as water pollution and deforestation. 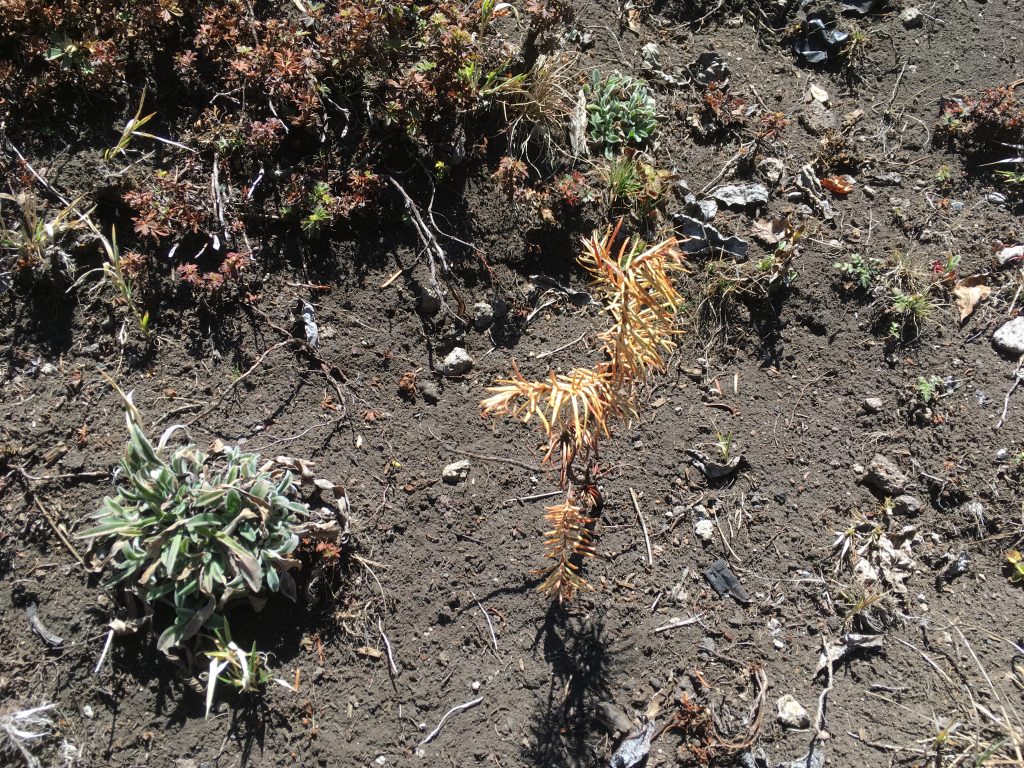 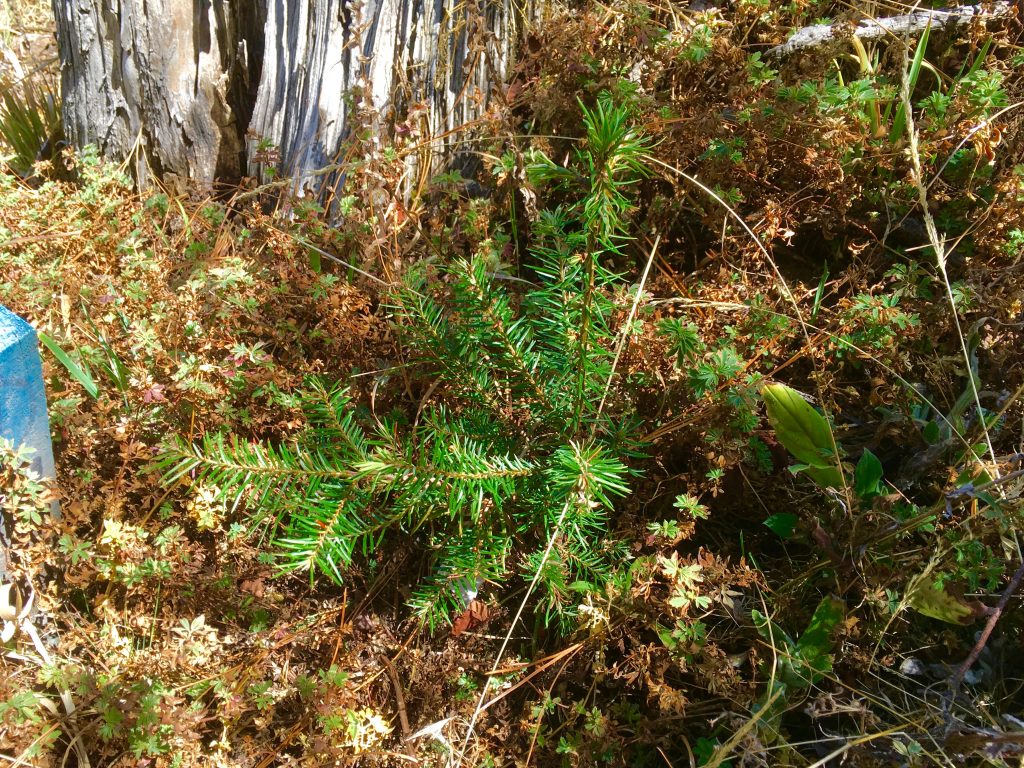 “Sixty years ago, there was no forest here,” he said. “But when mining stopped in the area, the forest regenerated itself.”  That was before climate change became the dominant factor it is today.

Saáenz Romero and Blanco García believe that within 70 years, the sacred firs hosting the Monarchs each winter will not be able to survive the increased temperatures and volatile weather predicted to rule the forest. The tree has a narrow window of temperature and altitude in which it can thrive, said Sáenz Romero.

With funding from Monarch Butterfly Fund in Minnesota, the Mexican Council of Science and TEchnology (CONACyT in Spanish), the Mexican Fund for the Nature Conservancy and the University of Michoacán, an experimental plot of Oyamel seedlings was placed  1,000 feet higher up the mountain than the existing sanctuaries–at 3,440 meters/11,286 feet. The approach, called assisted migration, has been successfully deployed in Canada. It aims to grow a replacement forest that in this case can be occupied by overwintering Monarchs when the roosting sites further down the mountain expire.

During a tour of the plot, now three years old, the scientists pointed out how Oyamel seedlings planted in combination with sage bushes and other tall perennials fared better than those placed in full sun. Because of the more severe dry season and higher temperatures, the Oyamels do better in a diverse plant community that offers shade at least part of the day. 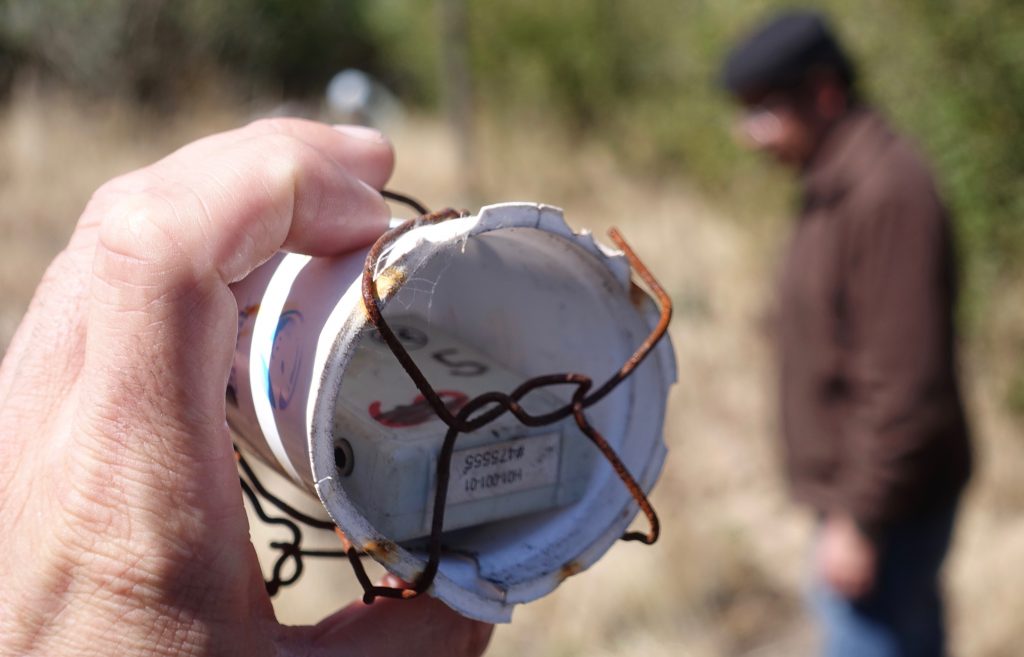 Also evident: the team’s unique resourcefulness. As students measured temperatures and moisture levels of the soil, an upside-down styrofoam cup wired to a stick raised questions.  What is that?