Resilience Required: Climate Change Turns up the Heat in the Butterfly Garden

Brace yourselves, butterfly gardeners: climate change is turning up the heat in the butterfly garden.
Not only do higher temperatures rule, but resilience and adaptability will be required for successful pollinator gardens in the coming years. 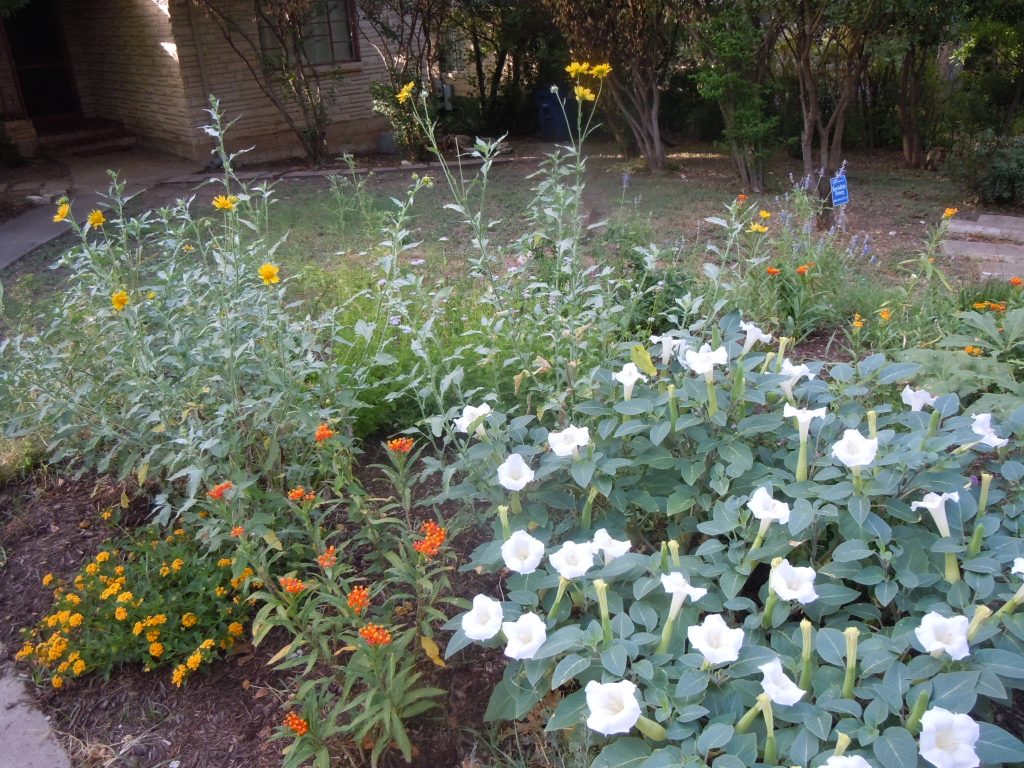 An open mind and willingness to adapt will be keys to sustaining your butterfly garden in the wake of climate change.   Photo by Monika Maeckle

Surely you’ve noticed: Wacky weather, erratic extremes, traditional first and last frost dates that are routinely inaccurate.   As James Barilla wrote in the New York Times last week, “This past winter was a tough one in our backyard…. One week I’m sweating, the bees are buzzing, buds are breaking; the next, the birdbath is frozen and there’s snow on the ground.”
The crazy vacillations in daily temperatures make the usual gardening choices and chores more challenging. When it’s freezing one day, brazen sun and high temps the next, what’s a butterfly gardener to do? And if you’re feeling confused, imagine how birds, bees and butterflies are coping—not to mention the plants that sustain them.

I suggest we all keep an open mind. Adaptability is key. For example, let’s not be doctrinaire about native plants.   Of course natives are preferred, but with changing range expansions and longer growing seasons, what does native really mean?
According to the National Arboretum, a native plant is one that was present at the time Europeans arrived in North America–that is, around  Columbus’s arrival in 1492.  I prefer the definition of the The Lady Bird Johnson Wildflower Center’s Mr. Smarty Plants, who defines natives like this:

“It is actually pretty simple…to define a native plant as … a plant that occurs naturally in the place where it evolved.”

That makes sense.   But I also agree with Mr. Barilla’s pragmatic approach to the garden.  “It doesn’t makes sense to think in terms of native and nonnative when the local weather vacillates so abruptly.   A resilient garden is a diverse garden.”
Amen.

My views on Tropical milkweed, Monarch butterflies favorite host plant, native to Mexico, are well-known. Some scientists will claim that the easy-to-grow orange bloomer encourages disease and its adoption will wipe out native milkweeds. I disagree. Besides, that train has left the station since Tropical Milkweed is the only Asclepias species widely available commercially.
No one says we have to choose between Tropical and native milkweeds.   Do both. While you’re struggling to get those natives established, Tropical milkweed can hold down the fort since it consistently delivers. Not only is it a reliable host plant for Monarch butterflies, but all butterflies flock to its bright blossoms for nectar.   And many scientists believe that it’s the plant on which Monarch butterflies evolved.
With my stretch of the world considered part of planting Zone 9A as of January 2012  (the same zone as coastal cities Corpus Christi and Houston) we’re not that far from “tropical,” anyway. This year, however, much of my Asclepias curassavica froze beyond recovery in the harsh winter and didn’t come back. Good thing it’s easy to propagate from seed and I have a private stash. I have replanted. 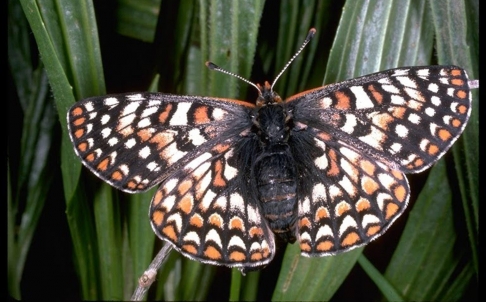 The endangered Chino Checkerspot moved to higher altitudes and changed its host plant of its own volition. Courtesy photo

Perhaps we should look to the butterflies themselves for inspiration.   One endangered species, the Quino Checkerspot, Euphydryas editha quino, found in Mexico and southern California, shifted to higher altitudes and switched its host plant to an entirely different species of its own volition.  Scientists were expecting the species to become extinct, but somehow it quickly adapted, according to research presented at the Butterfly Conservation’s seventh international symposium in April.
Meanwhile, we learned recently that professional and amateur butterfly breeders have also had luck feeding Monarch butterfly caterpillars pumpkin, butternut squash, even cucumbers in their fifth and final instar.  This news came at a good time this spring when a brutal winter and late spring made milkweeds unavailable, just as Monarchs began their migration.  While I received at least one email from a scientist chastising me for celebrating this news, taking it as a challenge to native milkweeds, my feeling is we should celebrate the fact that Monarchs appear to be more adaptable than we thought. 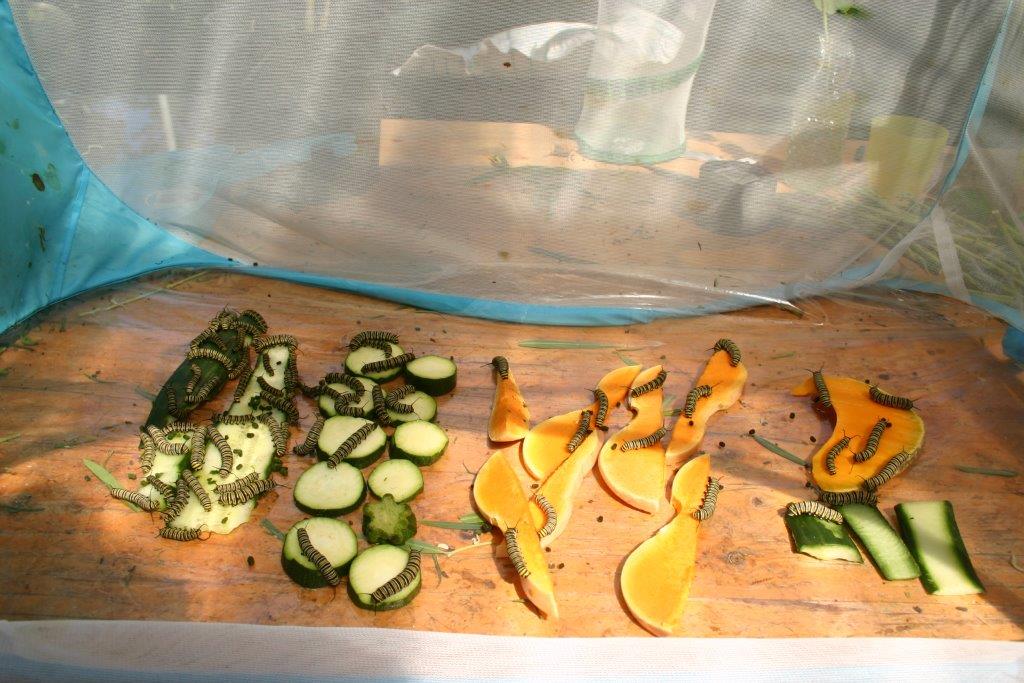 Unpredictable weather will likely be the new normal for some time. As the third National Climate Assessment report suggests, Texas will continue to face severe shortages of ground and surface water. Floods caused by extreme rain events will interrupt the ongoing drought. Tornadoes, thunderstorms, hurricanes, and winter storms will occur with increasing frequency. Oh, and the wildfires will continue.
Science tells us this is a period of rapid climate change like no other. The plants, insects and gardeners that can adapt, will survive, and with luck, thrive.
Like what you’re reading? Follow butterfly and native plant news at the Texas Butterfly Ranch. Sign up for email delivery, like us on Facebook, or follow us on Twitter, @monikam.
Related posts: