There was a fine lady from Lampasas
Who waged battle with invasive grasses
When a root so immense
of that Sorghum halepense
Knocked her and her friends on their Johnson grasses.

On the Llano River, we’ve always enjoyed lovely stands of Goldenrod and Frostweed in the fall when the Monarchs pass through. Solidago altissima and Verbesina virginica, beautiful yellow and white fall bloomers, respectively, serve as important nectar and resting stops for migrating Monarch butterflies and other creatures.

In the last two years, we’ve noticed our uninterrupted stands of fall nectar plants persistently punctuated by invasive Johnson grass. A recent road project that busted the crust on our river frontage opened the gate for germination, and the record rains and floods have put our nectar rest stop for pollinators at risk. Where once stood a solid stand of fall blooms for migrating Monarch butterflies, local Swallowtails and native bees, now presides an uninvited patch of Johnson grass.

The pesky invasive, Sorghum halepense, first arrived in the U.S. from the Mediterranean in the 1800s when it was imported as a supplementary foraging crop.   We all know how that turned out. 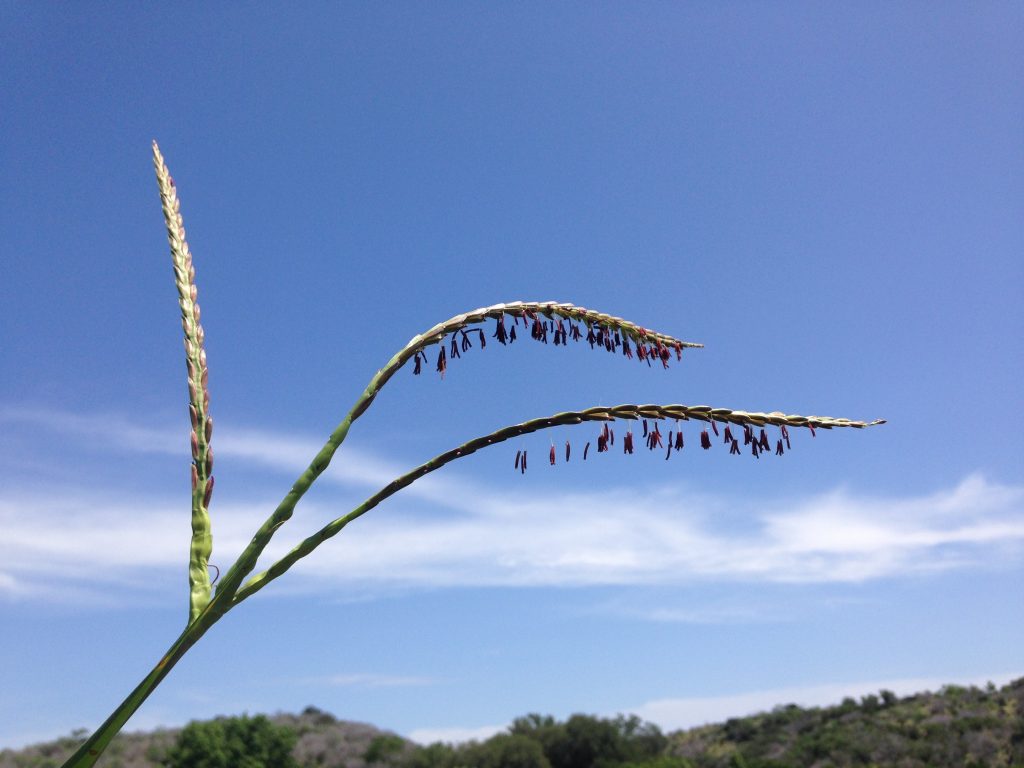 Now, Johnson grass is one of the Top 10 Most Noxious weeds in the world, according to the educational website Texasinvasives.org, a public-private partnership of state and federal agencies, conservation organizations, green industry businesses, academia and others organized to protect Texas from the threat of invasive species.  Johnson grass is super aggressive, spreads through rhizomes and seeds, hogs space and resources, and crowds out natives that provide food, fodder and shelter to local wildlife.

Johnson grass has nasty rhizomes
Creeping through the clastic loams
The bunches measure three feet wide
And their leaves are stuffed with cyanide.
–Chris Best

When stressed by drought, frost or herbicides, Johnson grass can produce toxic amounts of hydrocyanic acid that makes it poisonous to livestock–not a trait you typically seek in a grass meant for cattle grazing.  The seeds are also especially well protected by their casings and can survive the digestive tracts of birds and others that might eat them.

Oh, and Johnson grass likes moist conditions.  Like riversides.  After floods.   Are you getting the picture here? 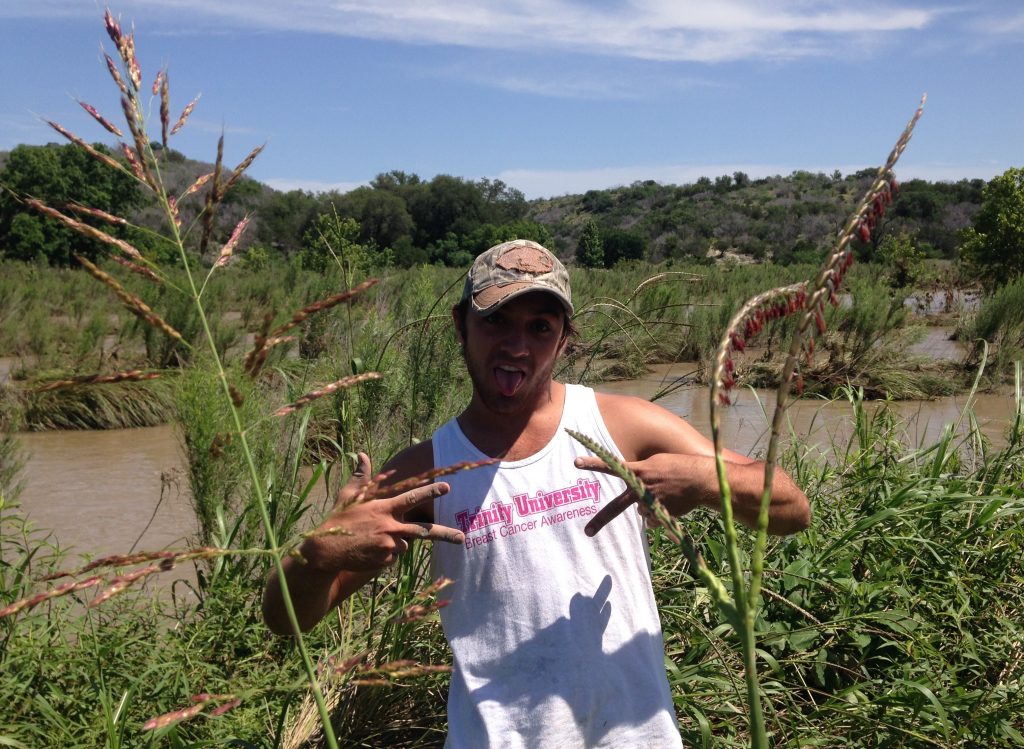 The project began in April when a team of students arrived at the ranch to set up plots and gather baseline data on plant density and diversity.   Four 15- x 2-meter plots were established and will be treated with different forms of Johnson grass control–grubbing, weedwhacking, herbicides, and fire in various combinations.

Last week, students Ann Adams, Cassandra Alvarado, Avva Bassiri-Gharb, Kendall Kotara and Austin Phillipe returned to check the effect floods had on the site and begin control treatments.  The messy job of reestablishing the plots started Thursday, as super-sized mosquitoes dogged the students.  “Wear a hazmat suit,” quipped Avva Bassiri-Gharb. Said Phillipe:  “A bad day in the field beats a good one in the lab. But we had a great day in the field so you can’t beat that!”

More data collection and Johnson grass removal continued Friday in the aftermath of yet another inch-plus of rain and two overnight tornado warnings.  Grubbing and herbicide applications followed, with herbicide applied via makeshift wand–actually barbecue tongs wrapped in towels–that kept the product from escaping to desirable plants.

Later this year we’ll test fire as a control method, and plant Eastern gamagrass, Tripsicum dactyloides, as a native replacement.   The project will continue into 2016. 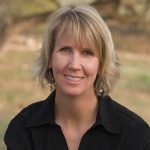 “The species is already present in high abundance and provides high quality habitat,” said Dr. Lyons, adding that Eastern gamagrass also works as a great soil stabilizer in river ecosystems. “Restoration ecologists often refer to it as ‘riparian rebar’ since its rhizomes are even more substantial than Johnson grass,” she said.
Eastern gamagrass also competes well with overzealous Johnson grass and uses niche space in a similar way, said Dr. Lyons. “We hypothesize that it will hold its own when Johnson grass tries to reinvade.”

So the war is on.  No surprise that we’re rooting–pardon the pun–for Eastern gamagrass.  It offers multiple benefits to our local creatures, including service as a host plant to the Bunchgrass skipper.   It also appears to be a steady companion to our Llano River Swamp milkweed, Asclepias incarnata, which is a host plant to Monarch butterflies.  The tall  mounds of Eastern gamagrass provide shade for late season milkweed from harsh summer sun and shield it from flooding. 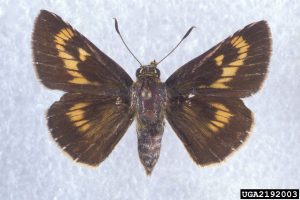 We spend a lot of time and energy talking about restoring native milkweeds and other pollinator plants to the prairies that we’ve lost.   It’s equally important to manage and combat the deluge of invasive species that infect our wildscapes.  Johnson grass is just one interloper.    Check out the Texas Invasives website for more information.   We’ll keep you posted on the progress of the project.