Those of us who tag Monarch butterflies often compare the activity to fishing: you just never know what kind of day to expect. 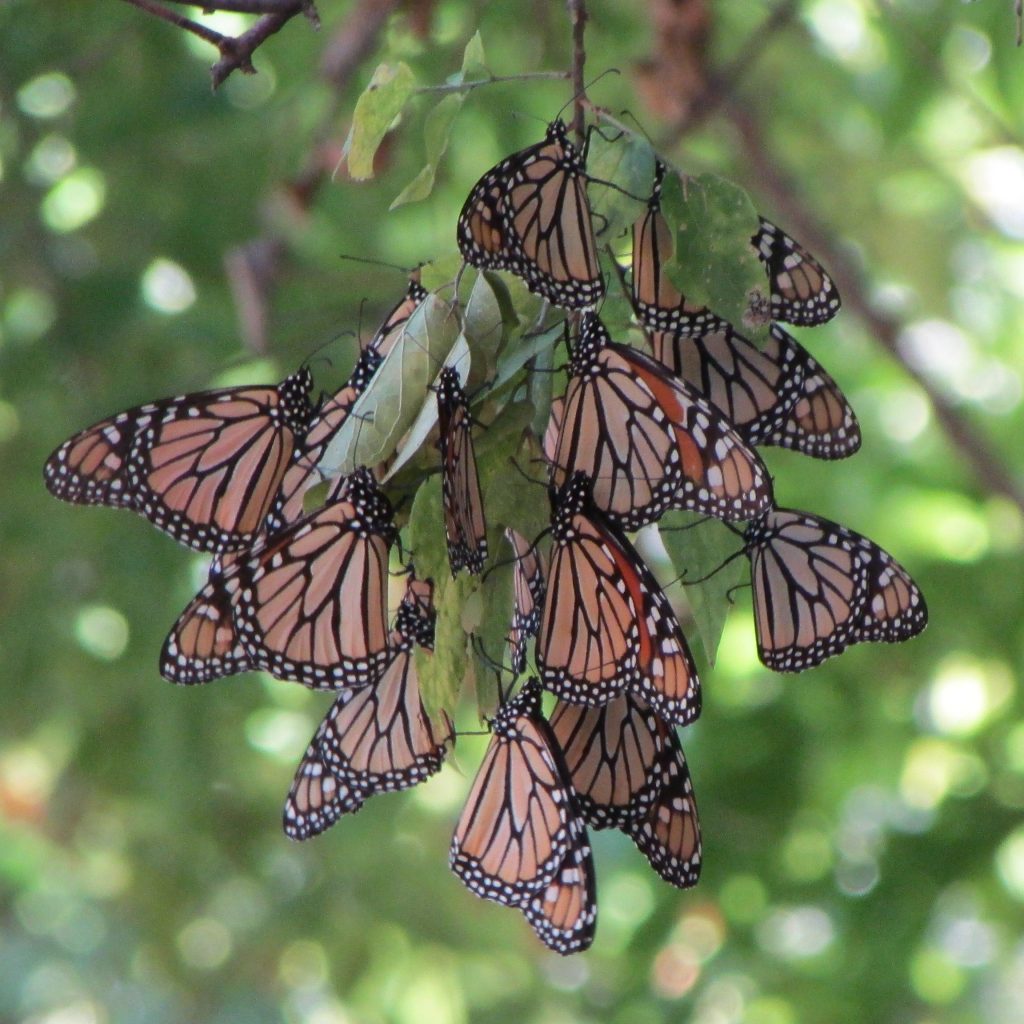 That pretty much describes this peak Monarch migration season. We anticipated a huge rebound with thousands of Monarchs gathering at their usual roosting spots along the streams and pecan groves of the Texas Hill Country.
Instead, upon entering the Texas funnel this season, the Monarchs veered west of their usual Hill Country trek. By Thursday of last week, they were arriving in Coahuila, Mexico, about 650 miles from their destination in Michoacán.  Then in a surprise twist, the migrating insects faced the prospect of a supposedly historic Category 5 Hurricane Patricia that delivered big worries, winds and rain–but ultimately fizzled fast. 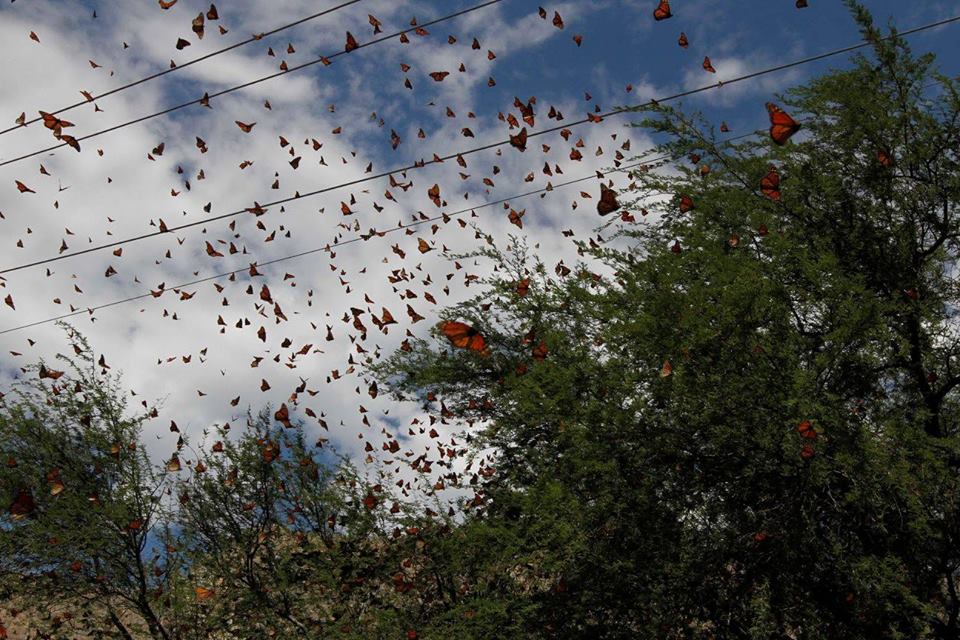 We had planned back-to-back tagging outings with a special group of butterfly enthusiasts to take advantage of the predicted peak migration weekends, October 16 and 23.  In August, 500 tags from Monarch Watch were ordered.  In mid October, nets were bleached and readied, picnics and campfires planned, and supplies secured.  In an overly optimistic move, I even retrieved unused tags from previous seasons–in the event that we ran out of our 2015 stash.
We knew that the major migratory wave had moved west of our Texas Hill Country because of more recent rains in that part of the state. One roost in Midland-Odessa hosted 20-25,000 Monarchs, according to Steve Schafersman, who posted to the Texas Butterfly Listserv on October 17. “Several experienced butterfly counters observed this concentration. The Monarchs were watched as they took off in great clouds when the temperature warmed,” he wrote on October 17. 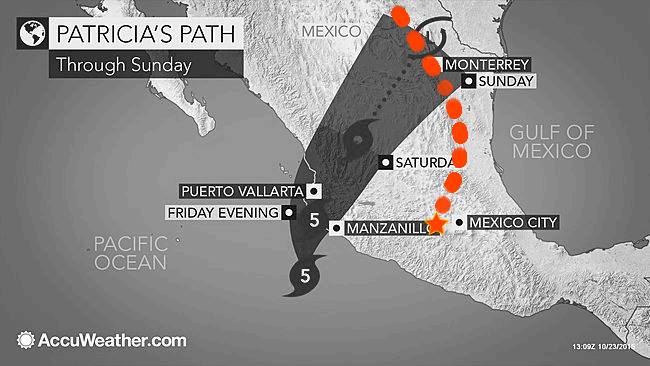 Thanks, Hurricane Patricia! You messed up our peak Monarch tagging weekend. Photo via Accuweather.com

That same weekend, our tag team netted 137 tagged Monarchs–a small showing for peak migration week. Last year we tagged three times that many, and our record in 2008 was almost 500 in just a few hours.  We cancelled this past weekend’s outing because of the dramatic weather predictions that made the two-hour drive to the ranch appear a dangerous insanity.
As Hurricane Patricia approached Puerto Vallarta, Mexico, on Friday, October 23, Monarch butterfly social media and email lists ignited with concern.
“My heart was well and I felt so good that the Monarchs are about to reach their overwintering site,” wrote Michelle Nystrom of Minnesota on the DPLEX list, an email subscriber list of about 800 Monarch butterfly enthusiasts, scientists and citizen scientists. 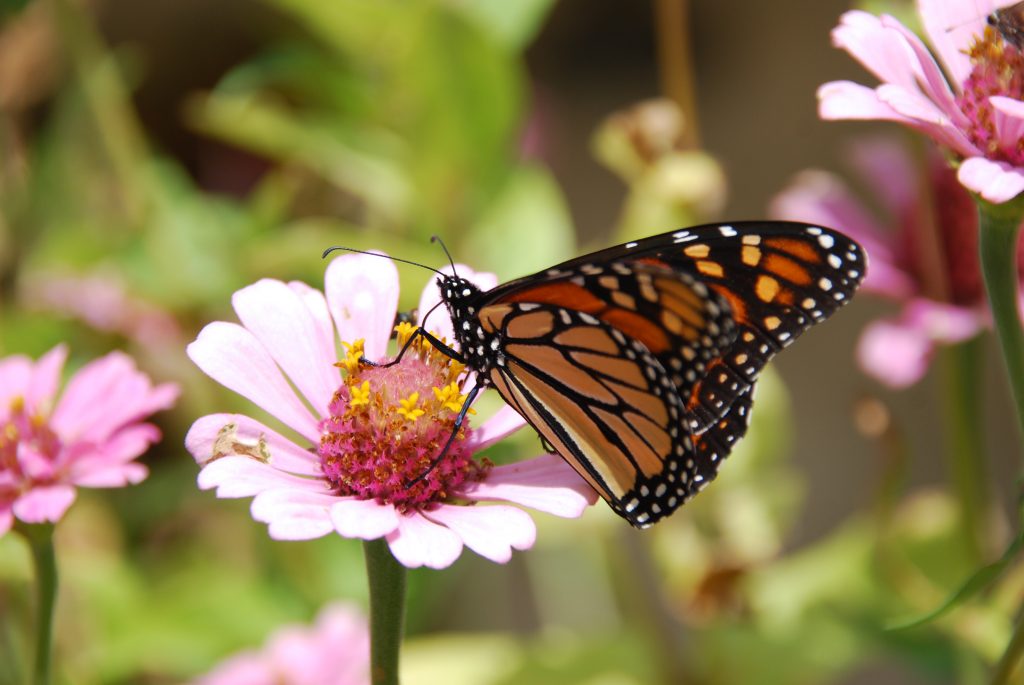 Prior to Hurricane Patricia, south winds in the Texas Hill Country made for great photos as Monarchs were held in place. Photo by Jenny Singleton

“Any news on how Hurricane Patricia is affecting the Monarchs?” asked Colleen Glass Smith on the Monarch Watch Facebook page.
Journey North, which tracks the migration in real-time with reports from citizen scientists from all over North America, posted this on October 23:

Many people are worried about the effect of Hurricane Patricia on the Monarch migration.
We don’t have any information at this time but we are in touch with people who will share what they know. We’ll be sure to include any news in next week’s monarch migration update.
The landfall for Hurricane Patricia is west of the monarch overwintering region; its path is predicted to stay to west and north of the region. By Sunday, the downgraded storm may reach the monarch migration pathway near Monterrey but presumably the winds will not be too strong by then.

“The bottom line–for the moment at least–is that there doesn’t appear to be any evidence that Monarchs have been adversely affected by the winds and rains that have accompanied Patricia,”  said Dr. Chip Taylor of Monarch Watch, answering repeated questions on the DPLEX list late Saturday.  “That said, Monarchs roosting in trees in areas 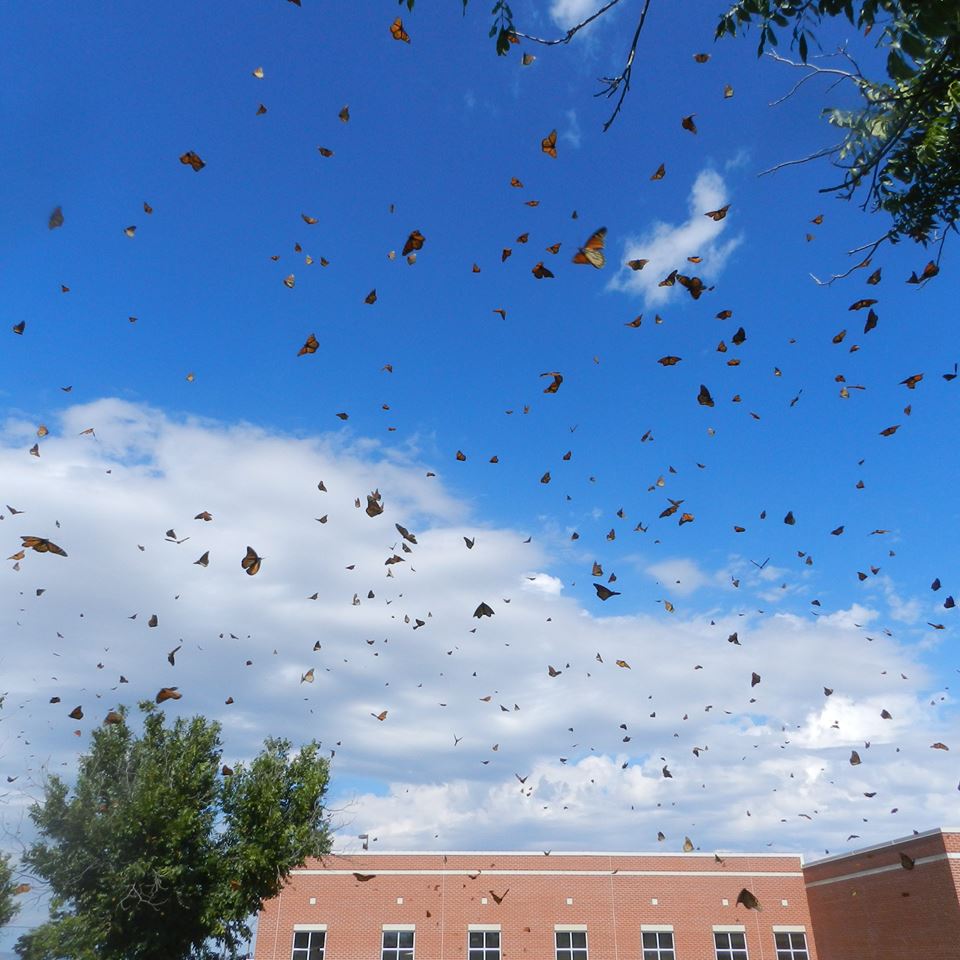 with high winds and torrential rainfall, such as the four inches per hour reported for San Antonio, might well have been blown out of trees and drown.”
Our friend Jenny Singleton of Grapevine, who introduced me to the magical world of Monarch butterflies back in 2004 (thanks, Jenny!), was lucky enough to spend an entire peak migration week out in the Hill Country.  She left her ranch in Hext near Menard, Texas, on Friday, just as Hurricane Patricia made its approach to Mexico.  Her tally:  257 Monarchs–a fraction of her 2008 weekend record of 1200+.
“No rain right now,” Singleton texted me on Thursday.  “Kinda misty all AM….Still a strong southerly wind…they don’t want to be blown north so they just stay in the trees.  But they are very hard to catch.  Very wary and seem to see me way before I see them.” 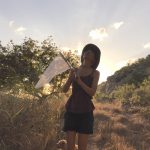 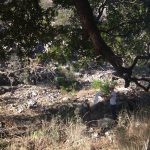 Chris Gannon adjusts his net under the pecan trees. 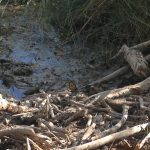 Haven’t seen this before: Monarchs puddling on the Llano. 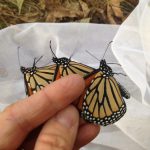 Monarchs by the handfull. 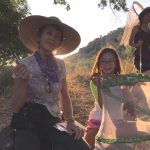 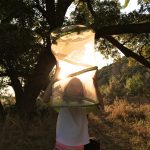 Nola shows off her catch. 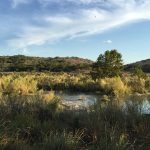 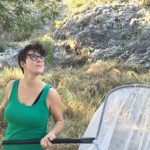 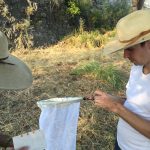 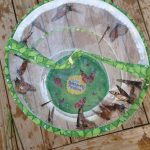 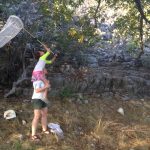 Nola and her mom team up to nab some high flyers. 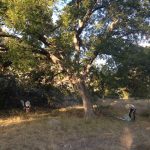 This is where the magic happens.

Yep.  That sounds like what we encountered the prior weekend. One unusual observation: a Monarch butterfly puddling, or drinking, from a mud puddle along the Llano. Never seen Monarchs do that in Texas before–only Mexico ( see photo in slideshow). I can only imagine the creature was dehydrated.
Other than that, it was winds from the south, skittish butterflies, and glorious sunsets with the late fall light beaming across the river bottom. Totally lovely.
Our tagging team spanned multiple generations this year with our youngest tagger, Nola Garcia Hamilton, age 8, personally orchestrating a catch-and-release program that concluded our tagging adventure with a dramatic release on the Chigger Islands platform right as the Saturday night sun set.  Check out the video below.