David James takes issue with the loud and persistent claim that non-native milkweeds pose serious threats to monarch butterflies and the viability of their migrations.

When asked if he thinks the technically non-native Tropical milkweed poses a dire threat to monarch butterflies, James’ answer was emphatic. 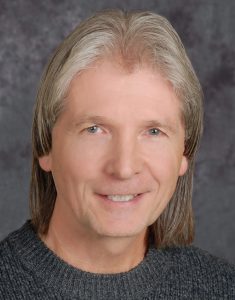 “No, I do not.  Not at all in fact,” said the research scientist and agricultural entomologist at Washington State University.

Having studied monarch butterflies for more than four decades, James focuses on the monarch population of the Pacific Northwest these days. That population, much smaller, less famous and even more at risk than those east of the Rocky Mountains that migrate north from Mexico each spring, moves around various sites along the Pacific coast.

Tropical milkweed, Asclepias curassavica, has been much debated as a significant factor in monarch decline and disease for almost a decade. According to several studies, presence of the easy-to-grow, widely available perennial can encourage monarchs to break their reproductive diapause and stop migrating. The orange or yellow bloomer is so irresistible to monarchs, some research suggests, that it lures monarch females to lay eggs and start the next generation of butterflies in the fall, rather than wait until spring when conditions might be more hospitable.

Also, research suggests the plant’s resilience and appeal contribute to the build-up of the deadly, spore-driven disease, Ophryocystis elektroscirrha, known in the monarch world as OE.

But James contends that the presence of milkweed–native or non-native–is NOT a primary cue for suspending reproductive and migratory behavior.  “Changing day lengths and temperatures are,” he said.

The juxtaposition challenged conventional monarch wisdom–that reproductive and non-reproductive monarchs can live side by side–led him to earn a PhD in entomology, and write more than a dozen papers on the migrating insects. 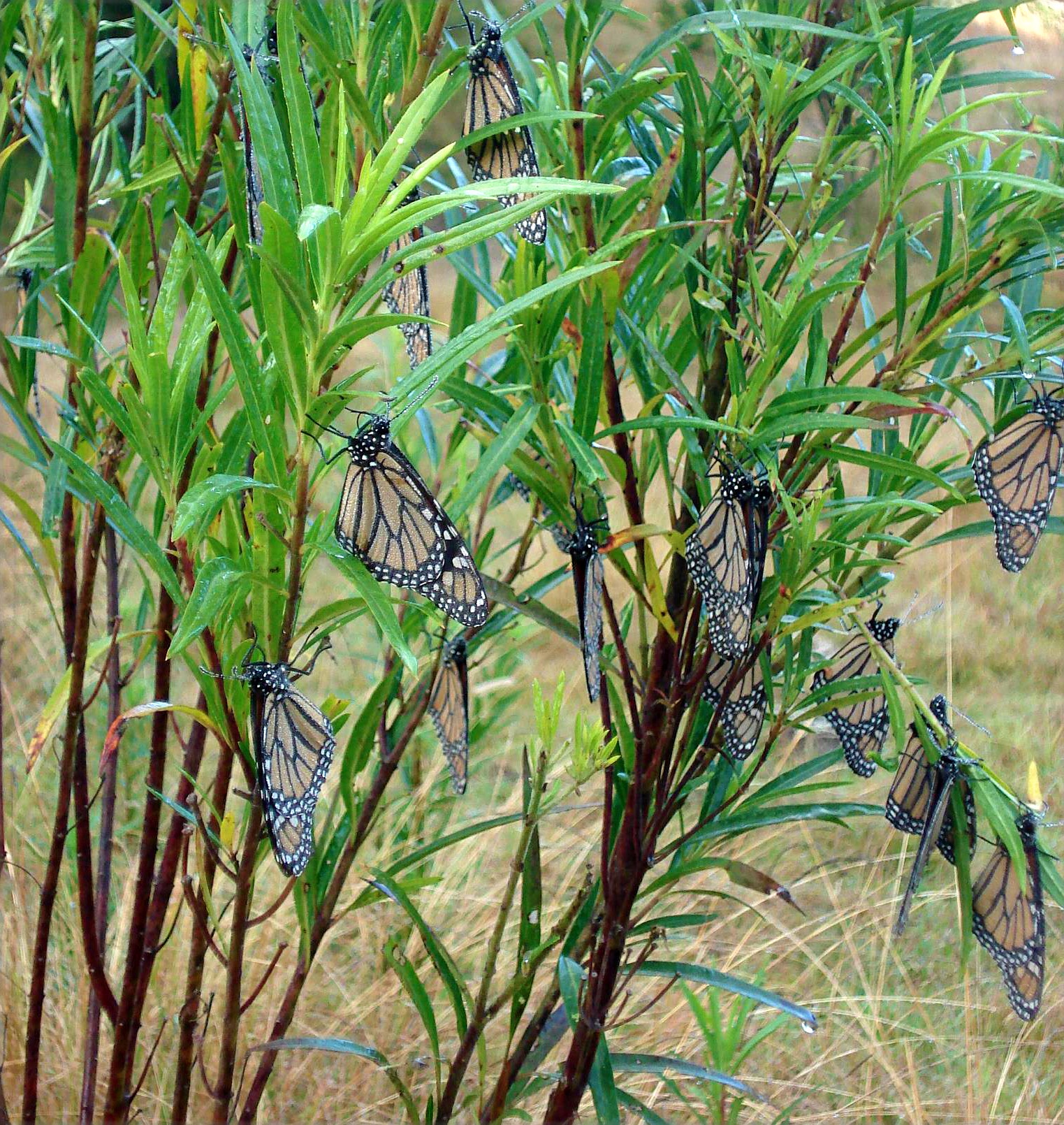 James’ early research suggests that non-reproductive and migratory monarch populations in Australia are not adversely affected by the presence of non-native and other ”tropical” milkweeds such as Gomphocarpus fruticosus, an African milkweed sometimes called Swan plant or Balloon plant.

“In fact,” said James, the presence of milkweed appears to be a prerequisite for the choice of an overwintering site by monarchs in eastern Australia.  All overwintering sites (occupied by non-reproductive monarchs) are characterized by milkweed presence.”

James’ historical perspective and experience seems especially timely given recent reports of the dramatic decline of the California monarch butterfly population. This year’s Thanksgiving count of only 1,914 butterflies was hailed as a near-extinction event by pollinator advocacy organization, the Xerces Society, a claim echoed by many media outlets.

The bad news revived the contentious debate in monarch butterfly conservation circles about the causes of monarch decline, with non-native milkweeds like Tropical milkweed and Balloon plant taking much of the blame.

Scientists like Andy Davis of the University of Georgia Odum School of Ecology and editor of the Migration Studies Journal, believe non-native milkweeds and resulting diseases are primary drivers of monarch butterfly decline.

“Please don’t buy into the idea that this research on Tropical milkweed is not yet settled. It very much is,” said Davis on his Monarchscience.org website in October. “No reputable monarch scientist recommends that people plant or use Tropical milkweed in their gardens or in their homes for rearing.”

Davis firmly believes that monarchs must migrate in order to maintain a healthy population.

“From my reading of the science, it looks like winter breeding is the antithesis of a healthy migration,” Davis said recently via the DPLEX, an online discussion group that reaches about 800 monarch butterfly enthusiasts, including scientists and citizen scientists.

“In other words, you can’t have it both ways – have eggs and larvae in the winter and also a healthy migration,” said Davis. “If the goal is to promote the traditional migration, then you should not be encouraging any winter breeding, like have absolutely no milkweed present to tempt them, until the spring. If the goal is to promote or establish a year-round breeding population, then you should pretty much keep doing what you are doing.”

James sees it differently. A healthy monarch population is not an absolute proposition of the insects’ either migrating or reproducing.

“With great adaptation they can likely get more flexible–which is why you see more reproduction in the southern U.S. and now in San Francisco than we did a decade ago,” said James. He speculated that the small count of overwintering monarchs does not represent the totality of the California monarch population, probably as a consequence of a rapidly warming climate. “They’re reproducing. They’re spreading out and going to different places and you can’t count them all.”

When he documented the winter breeding monarchs on non-native milkweeds in the company of  large clusters of non-breeding monarchs in nearby trees in Sydney, Australia, in the 1970s, “This intrigued me,” he said recently, adding that conventional wisdom dictated that monarchs were not supposed to overwinter next to breeding populations. 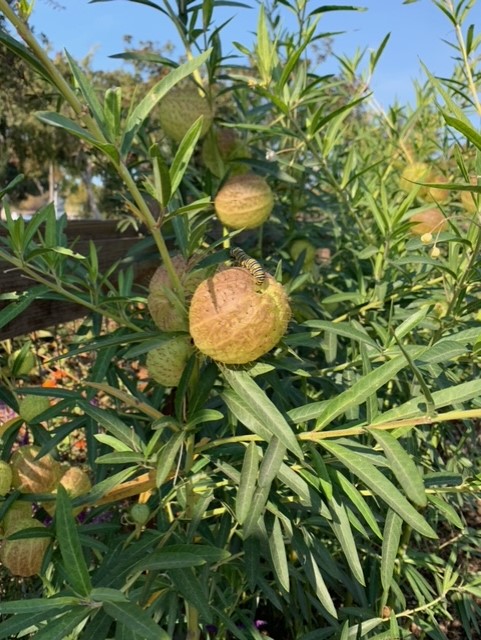 “Fast forward to California, 2021, and I’m feeling a great sense of déjà vu,” said James, adding that winter breeding by monarchs is on the rise in California and non-breeding populations are on the decline.  “The same happened in Sydney in the 1970s,” he said.

The comparisons are remarkable. Overwintering colonies in Sydney, Australia, in the early 1960s went from 20-40,000 monarchs per site to 1-3,000 per site in the late 1970s–more than a 90% decline. According to James, the Australian population has remained relatively steady since.

“Sound familiar?” said James, referring to this year’s historic low count in California. He pointed out that Sydney sits at 33.51 degrees latitude south of the equator, about the same distance that California roosting sites sit north of the equator.

“There was no winter breeding in Sydney in the early 1960s yet by the late 1970s it was common. All of this is documented in scientific journals,” he said.

James believes the role of Tropical milkweed or other non-native milkweeds in monarch butterfly decline is vastly overblown.

He is not alone.

Chip Taylor, founder of Monarch Watch, the citizen science tagging organization based at the University of Kansas at Lawrence, said he’s staying out of the Tropical milkweed debate “because there are far more important things to to worry about–like climate change.”

Jeffrey Glassberg, President of the North American Butterfly Association, has been steadfast in his view that monarch butterflies are highly adaptable and that non-native milkweeds serve a role in sustaining a changing population. In an article published on the NABA website in 2015, he called Tropical milkweed a “life buoy” for monarchs.

His position has not changed.

“At least some, perhaps many, of the monarchs moving northward in the southeastern states appear to be coming from southern Florida, where the population uses Tropical milkweed,” said Glassberg recently via email. “And what about the native milkweeds in southeastern Arizona….Why shouldn’t those be destroyed?” he asked, referring to milkweed species that continue to offer foliage throughout winter.  “And what about the fact that the overwintering monarchs in California depend upon non-native Eucalpytus?”

James concedes that OE on year-round milkweeds can build up and cause problems. “But it’s not the end of the world,” he said. He strongly suggests using native milkweeds whenever possible.

“My research on Australian monarchs in the 1970s/80s taught me one overriding thing: the monarch is an extremely adaptable creature.”