Wednesday, December 9 was a banner day for Monarch butterflies and all pollinators in San Antonio, Texas. That’s when Mayor Ivy Taylor announced that the Alamo City has been named the first Monarch Champion in the country by the National Wildlife Federation (NWF). 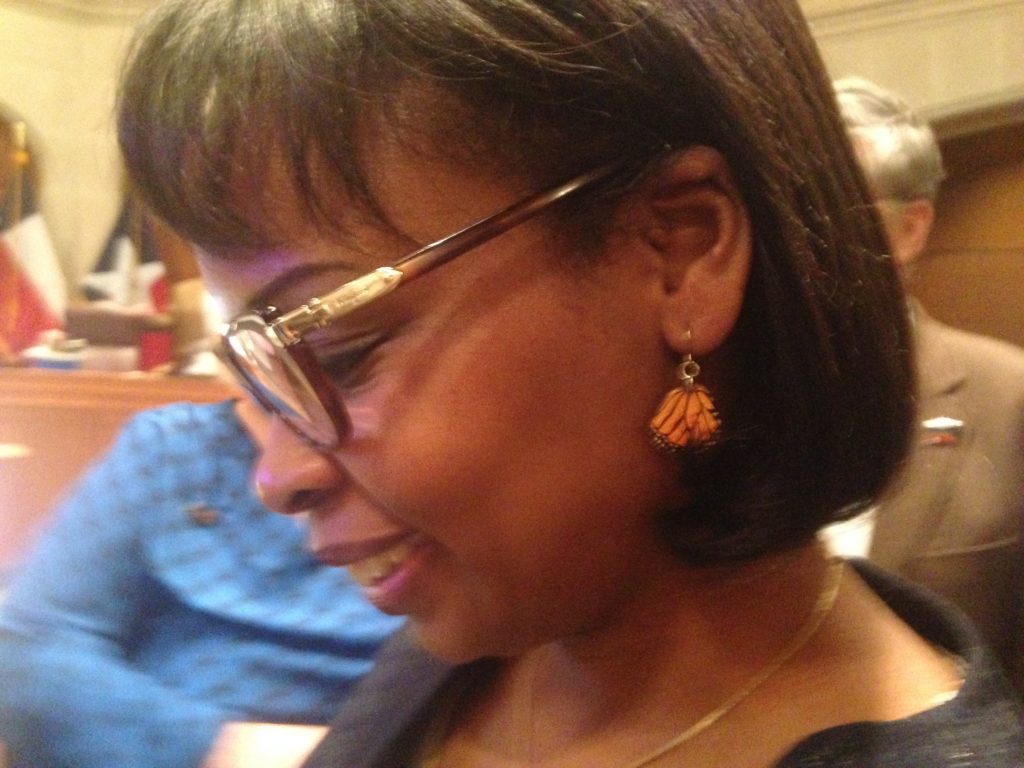 Standing before a group of pollinator enthusiasts at City Hall and wearing stylish Monarch butterfly wing earrings, Mayor Taylor shared the proclamation that commits our city to adopting all 24 recommended actions cited by the NWF in their nationwide initiative known as the Mayor’s Monarch Pledge.

“I am pleased that we have set the bar so high in our efforts to attract and care for one very important set of visitors, migrating Monarch butterflies,” said Mayor Taylor in a prepared statement.

Doug Melnick, Chief Sustainability Officer for the City of San Antonio, said the Mayor’s Pledge is not “just talk.” It will bring about real change. “This will positively impact how we manage city-owned land,” he said. 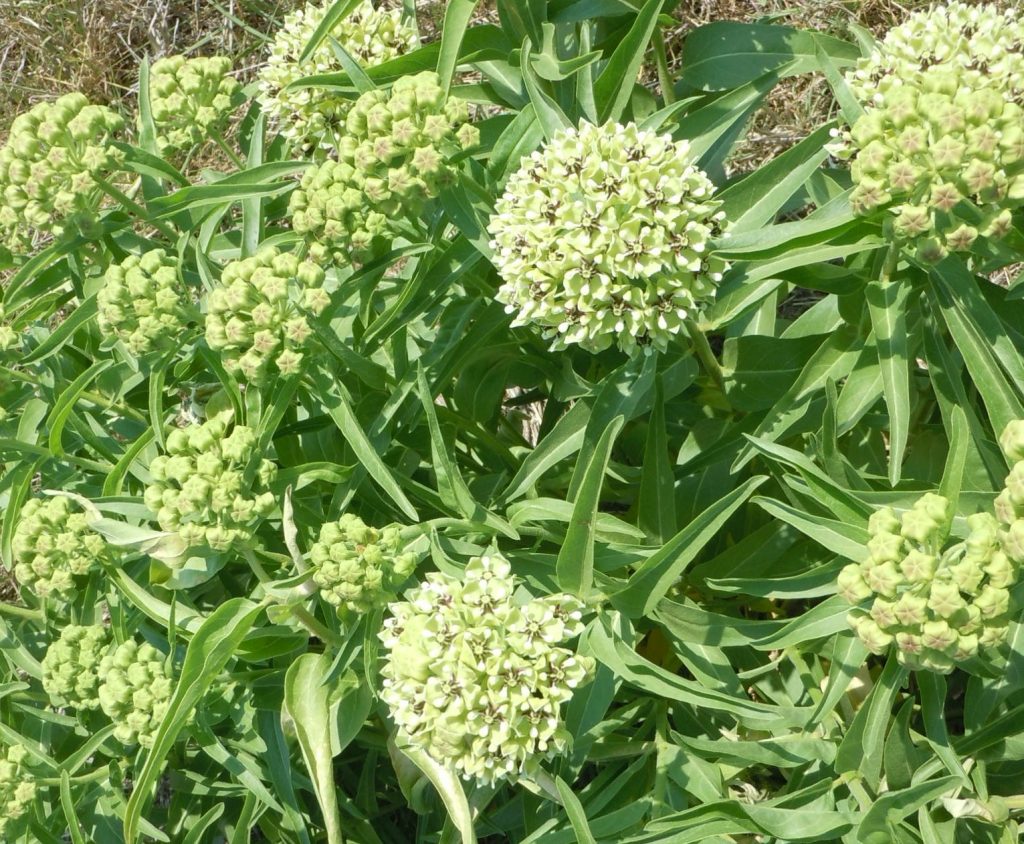 “I hope to see a citywide conversion of useless streetside inferno strips to Antelope horns milkweed,” said another city staffer who works for our award-winning water utility, SAWS.  The staff person referred to the overheated and challenging-to-landscape swatch of land found between a city sidewalk and the street.   SAWS has done much to raise awareness of native, pollinator-friendly plants through its GardenStyleSA website and WaterSaver coupons that offer rebates to those who replace water-guzzling  turf with native plants.

The timing couldn’t be better, said Melnick.  The City is currently developing three plans under the umbrella of SA Tomorrow: Comprehensive, Sustainability, and Strategic Multi-Modal plans. “We have a great opportunity to further the protection of Monarch butterfly habitats and enhance our biodiversity by incorporating these key strategies into our plans, which will provide a framework for growth through 2040,” he said.

NWF officials were “stunned” by San Antonio’s commitment, said Grace Barnett, NWF Monarch outreach coordinator who works out of Austin for the Washington, D.C. conservation group. In fact, after Mayor Taylor signed the Pledge on Monday, Dec. 7, NWF had to arrange a quick conference call to come up with a new category of support: Monarch Champion. “No one expected a city to take on all of the potential actions associated with the Pledge,” said Barnett.

To date, 46 cities have signed up for the national campaign to encourage mayors and local governments to increase Monarch butterfly and pollinator habitat.
Seven cities including Austin, Dallas, and St. Louis signed the Pledge and agreed to adopt eight or more of the 24 items to join the “leadership circle” of Monarch Mayors. Another 38 cities agreed to do three of the items. Only San Antonio agreed to 24 of 24. See the full list.

Monarchs must pass through the “Texas funnel”  coming and going to Mexico.  Graphic by Nicolas Rivard

As those of you that read the Texas Butterfly Ranch well know, Monarch butterflies migrate each spring and fall over multiple generations, moving from Mexico to Canada and back before settling into their roosts for the winter in the mountainous forests west of Mexico City. At the beginning and end of their journey, they pass through the “Texas funnel,” making our part of the world especially strategic to their migration. San Antonio lies in the heart of that migratory path and often serves as the first stop on the migration north in the spring and as the last stop in the funnel south in the fall.

In recent years, the Monarch butterfly migration has declined dramatically–by 80% from the 21-year average across North America, according to the pollinator advocacy organization the Xerces Society.  Scientists attribute the decline to habitat loss, the increase in genetically modified crops in their primary breeding zone in the Midwest, increased pesticide use and climate change.

In August of 2014, several organizations submitted a petition to list the Monarch butterfly as a “threatened” species under the Endangered Species Act. The petition is under review. In May of 2015, President Obama announced a National Pollinator Strategy that addressed not only the decline of Monarch butterflies, but the demise of bees. The 58-page document also committed the federal government to restore seven million acres of pollinator habitat over the next five years, with a special focus on the IH-35 corridor.

All that focus on Monarchs and pollinators has made San Antonio’s long commitment to pollinator advocacy ripe for the Pledge.

Just a short walk south of the Pearl on the San Antonio River, San Antonio’s Milkweed Patch serves an important inland urban monitoring site for overwintering Monarchs and has been the site of research conducted by some of the top Monarch scientists in the country, including Dr. Karen Oberhauser of the University of Minnesota and Dr. Sonia Altizer of the University of Georgia.

Some of us in the San Antonio area tag Monarch butterflies in the fall, as part of the Monarch Watch citizen science tagging program based out of the University of Kansas at Lawrence. Butterflies tagged in San Antonio and the Texas Hill Country have been recovered in the mountains of Michoacán, proving migratory patterns and providing data for scientists. (Personally I have tagged more than 2,000 butterflies, with 27 recoveries.) Programs and pollinator gardens have been established via Phil Hardberger Park, San Antonio Botanical Garden, Mitchell Lake Audubon Center, the Native Plant Society and elsewhere, as well as at community and private gardens all over town. 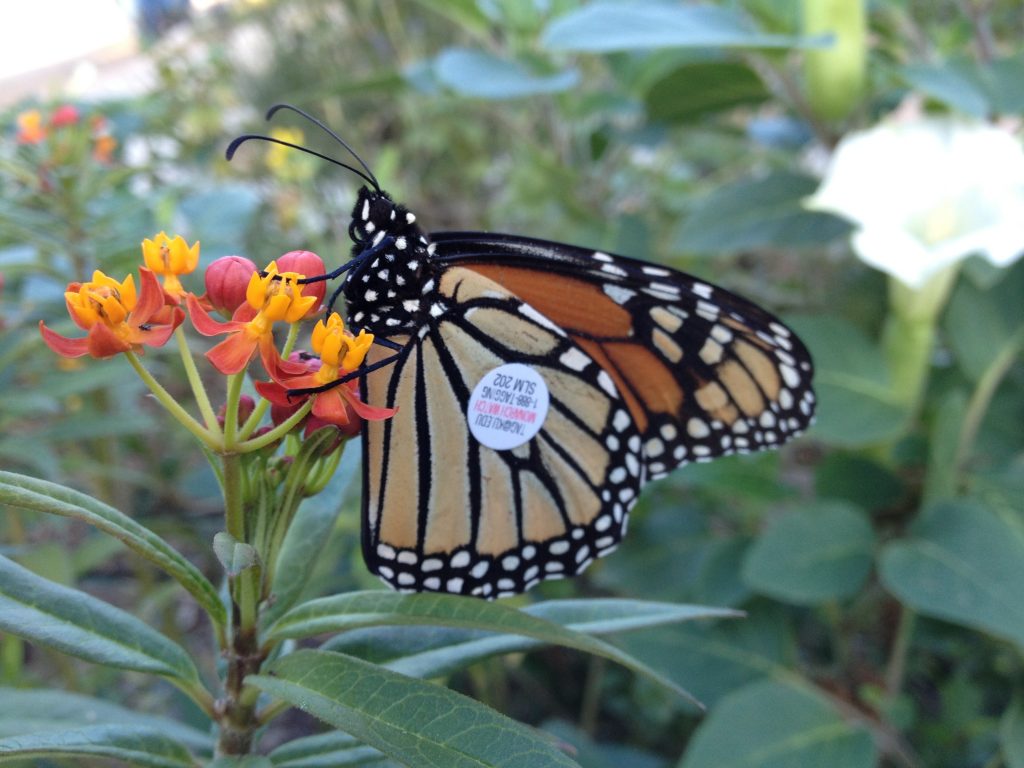 Many of us tag Monarch butterflies as citizen scientists for Monarch Watch.  This one was raised and tagged in the Lavaca neighborhood  in downtown San Antonio. Photo by Monika Maeckle

That’s not to say we’re limited to citizen science in San Antonio. A recent $300K grant awarded UTSA by the State Comptroller’s Office to perform a statewide milkweed survey also contributed to our Monarch Champion status.  Combine that with our unique geographic location, special relationship with Mexico (the winter home to the mariposa monarca), the work of SAWS and San Antonio River Authority (SARA)  on the Museum and Mission Reach restorations with our passionate volunteers and grass roots efforts,   and San Antonio looks ideally suited to live up to the Mayor’s Monarch Pledge. 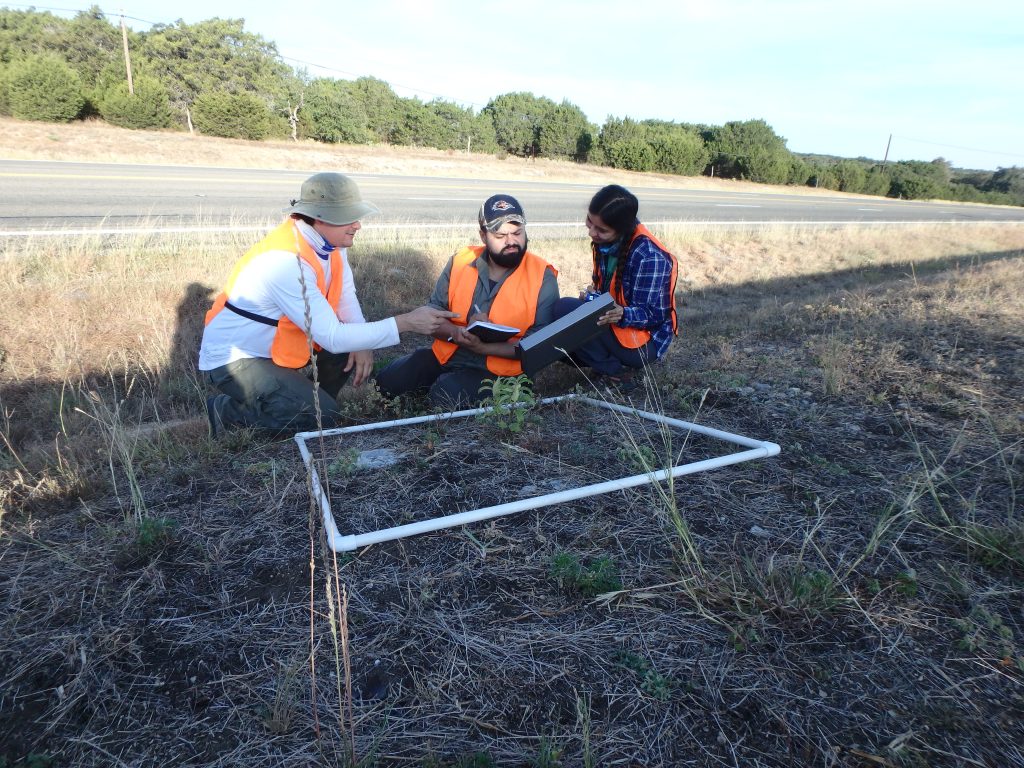 For a while, we wondered if it were going to happen.

NWF’s Grace Barnett, Dr. Terri Matiella of UTSA and I met with the Mayor’s office in October requesting that Mayor Taylor sign the Pledge. By doing so, she would have joined mayors in St. Louis, Austin, Grand Prairie, and six other cities along the IH-35 corridor that were among the vanguard to sign up. All we expected was participation–a commitment to three of the 24 items. The Mayor’s office was very receptive, but as is often the case when dealing with city government, nothing happened immediately.

Later we met with the City sustainability office. Joan Miller of the Native Plant Society of Texas joined us.  Again, very receptive. Yet….by early December, cities like Oklahoma City, Houston and Garrett, Texas, (population 800) had signed the Pledge while San Antonio continued to consider its options.

Butterfly advocates speculated as recently as the weekend before its signing that the Pledge was dead. Little did we know that what was taking so long was that the Mayor’s office was working with departments across the City to assure they could come through with all 24 items and make us the nation’s first Monarch Champion city.

In addition to the NWF reccomendations, Mayor Taylor said she is even considering a pollinator garden in her Dignowity Hill front yard as well as at the historic Dignowity Park, which her home fronts.  Whenever you’re ready, Mayor, let us know. Our pollinator posse will bring shovels, spades, native milkweeds and nectar plants to help make it happen.