Monarch butterflies left their roosts in Michoacán, Mexico, on March 24 in what appears to be their latest departure on record, citizen science organization Journey North reported this week.   “”Hundreds of Monarchs are flying over Angangueo—right now—with a clear direction northward!” the organization’s Michoacán-based correspondent Estela Moreno  relayed in their weekly migration newsletter. 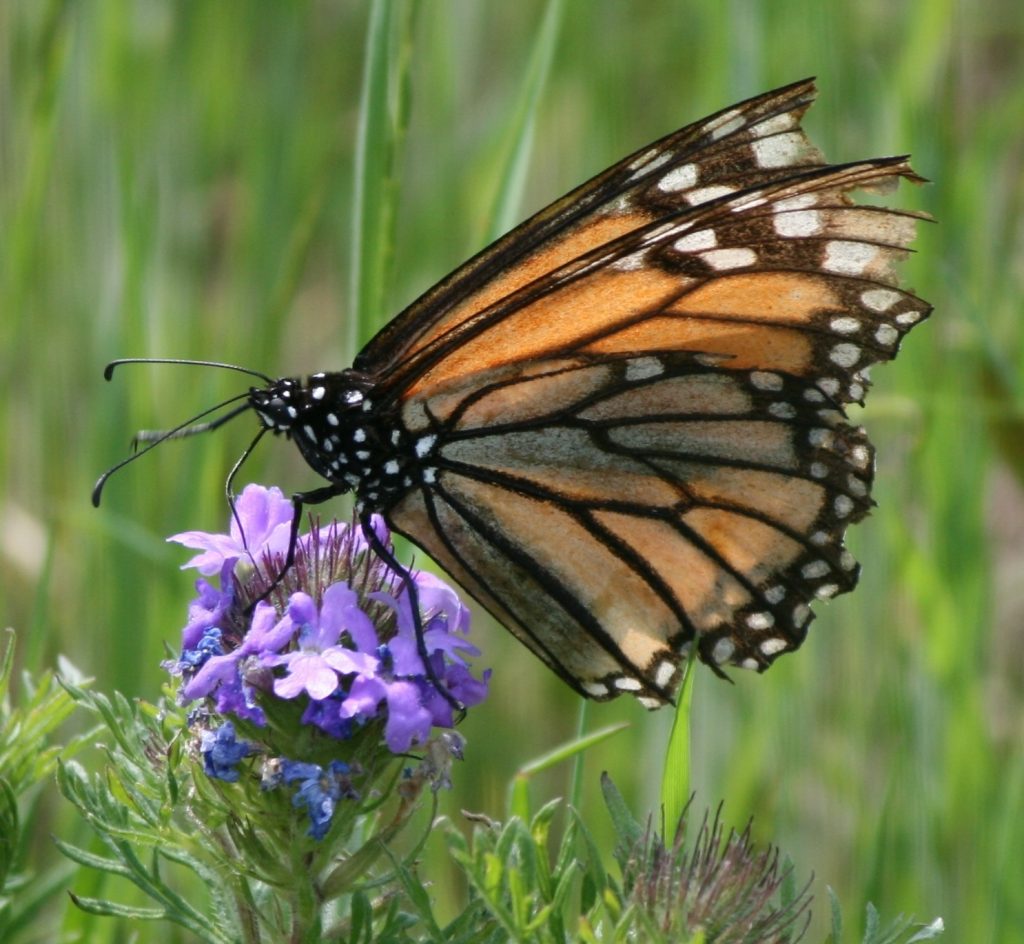 Migrant Monarch on verbena. Note how the tattered wings and faded color. Photo by Carol Clark

As is their fashion, the butterflies typically leave their roosts around the Spring Equinox and head north, making initial migratory stops in Texas.   Since the butterflies will ONLY lay their eggs on Asclepias species, that is, various milkweeds, conditions here determine  future generations’ success.   This year, with a late start following a wet, mild winter, they’ll find a bounty of wildflowers waiting and milkweed just beginning to sprout.
“I just returned from outdoors and checking my pots,” Carol Clark, a Monarch butterfly follower in Dallas relayed via email on Thursday.  “My large potted Asclepias viridis from last year finally has sprouts today–just in time.” 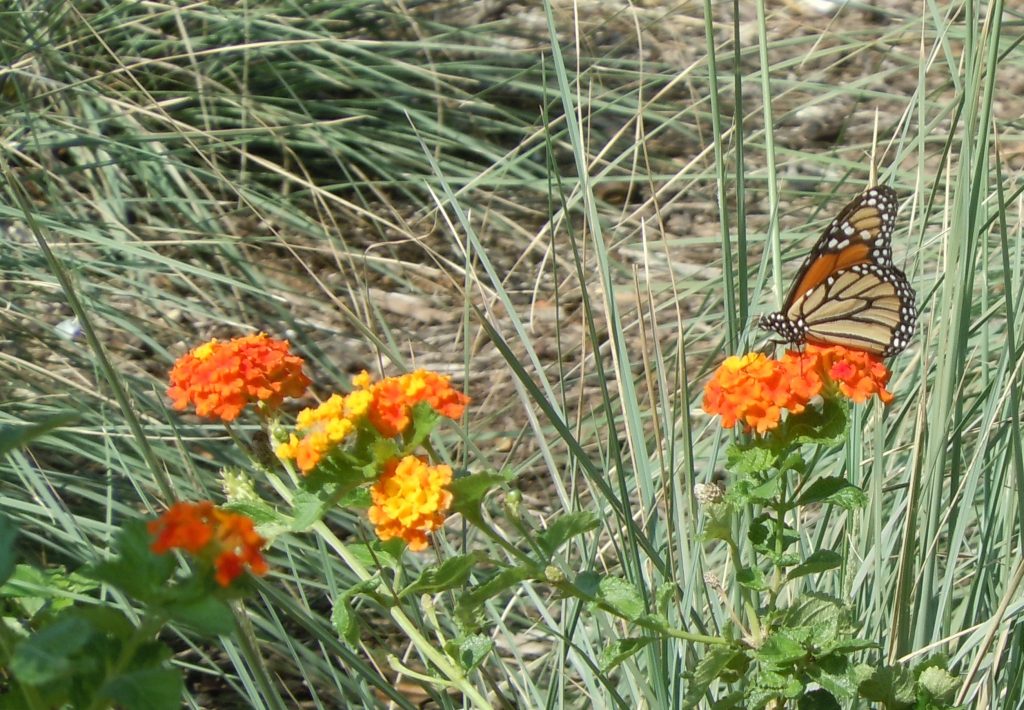 Wildflowers besides milkweed like this native lantana are also important to Monarchs and other pollinators as nectar sources. Photo by Monika Maeckle

Mary Kennedy, a longtime volunteer for the Monarch Larvae Monitoring Project (MLMP) here in San Antonio, provided this report: “I spotted the first milkweed in my yard day before yesterday. If I have 20 milkweed plants, see 10 monarchs, find 15 eggs, and see any of them make it to fifth instars without being eaten by fire ants, that will be a great year!”
Kip Kiphardt, MLMP volunteer in Boerne, offered that the first milkweeds were sprouting at the Cibolo Nature Center just outside San Antonio on March 28.  “Just came up,” he said.  And Chuck Patterson, from Driftwood, Texas, reported that Antelope Horns milkweed, Asclepias Asperula, was three – four inches tall in some locations. 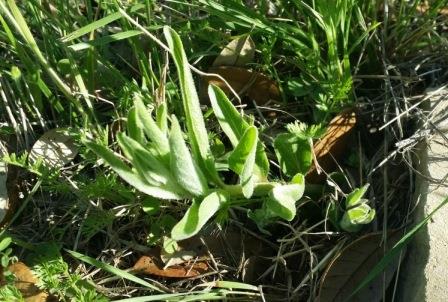 Milkweed in Driftwood, Texas was three-four-inches tall on March 28. Photo by Chuck Patterson

While Dr. Chip Taylor, founder of Monarch Watch, said it was too early to make predictions about the 2015 Monarch season, Austin entomologist and Austin Butterfly Forum president Mike Quinn reminded us that that cool weather in Texas usually benefits Monarchs. “This should be good news,” he said.  He explained that mild temps “slow down their larval predators and the exhaustion of their adult lipid reserves.”
If 2015 turns out to be a good year for the Monarch population or not remains to be seen. There’s no doubt, however, that this year will reap continued political tumult.
After their worst year in history followed by a 70% rebound in 2014, the butterflies have taken center stage in pollinator advocacy and habitat restoration circles in recent months. A petition submitted last August requesting they be listed as “threatened” under the Endangered Species Act continues to be debated.  Strong reactions have resulted–from lawsuits by the National Resource Defense Council taking the EPA to task for dragging its feet on Monarch protection to admirable public-private partnerships like the $3.2 million in federal grants announced recently by the U.S. Fish and Wildlife Service.
Here in Texas, the State Comptroller’s office recently announced the appointment of San Antonio water hero and endangered species expert Dr. Robert Gulley to head a task force that will assess the financial consequences of endangered species listings on the state.   The Monarch butterfly will be one of five species on which the task force will focus. 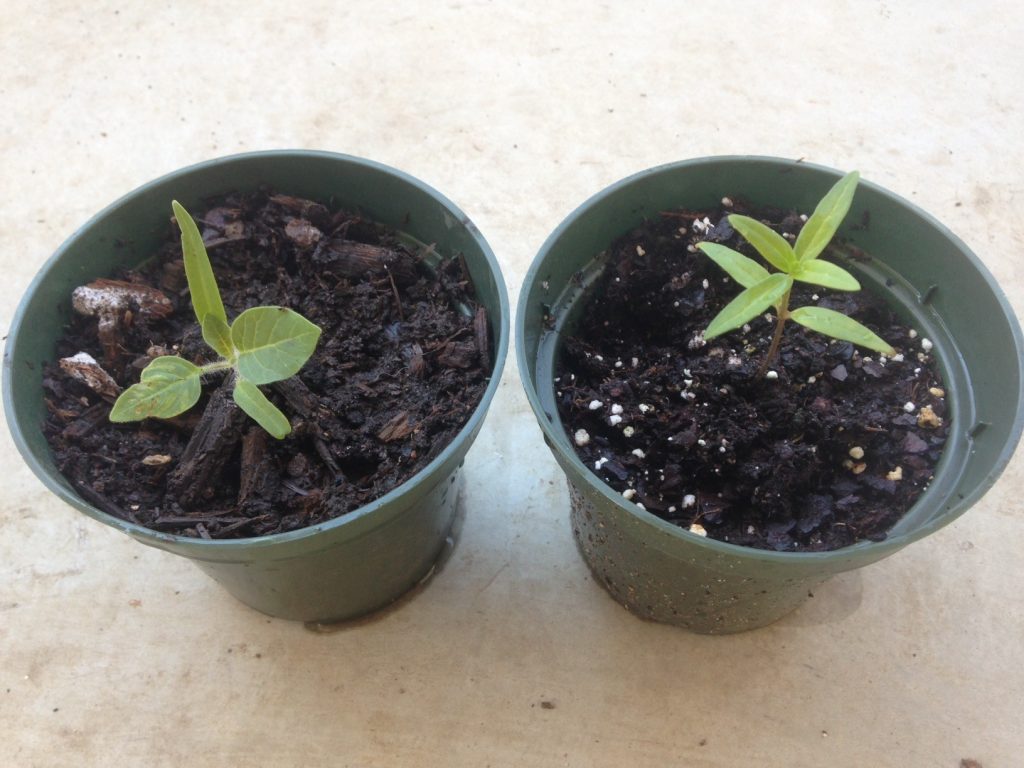 In the meantime, scientists, citizen scientists, nature lovers and gardeners have all awakened to the fact that we can each help sustain the Monarch butterfly migration by planting clean, chemical-free, preferably native milkweeds. Asclepias as a native wildflower is considered undesireable by some, and not everyone agrees on the appropriateness of the Monarchs’ favorite, Tropical milkweed, Asclepias curassavica. No one, however, contests the fact that pollinator habitat in the form of native and pocket prairies featuring appropriate indigenous plants must be made a priority.
Here at the Texas Butterfly Ranch, we’ve been experimenting with Swamp milkweed, Asclepias incarnata, with our friends at Local Sprout to assemble Monarch and milkweed kits for sale later this spring. Our friend Mitch Hagney and I have waged a contest to see who could get Swamp milkweed growing faster, better, soonest.  Scarified seeds were planted hydroponically by Hagney and in soil by me on February 10. Hard to say who’s winning the growth contest–you decide, see above.
Like many, as a safeguard, I have planted and overwintered the reliable Tropical milkweed.   Detractors have their concerns, but I’m a huge fan and provide the host plant in my downtown San Antonio garden.  Leaves are lush on those I overwintered, after slashing them to the ground in December as recommended. 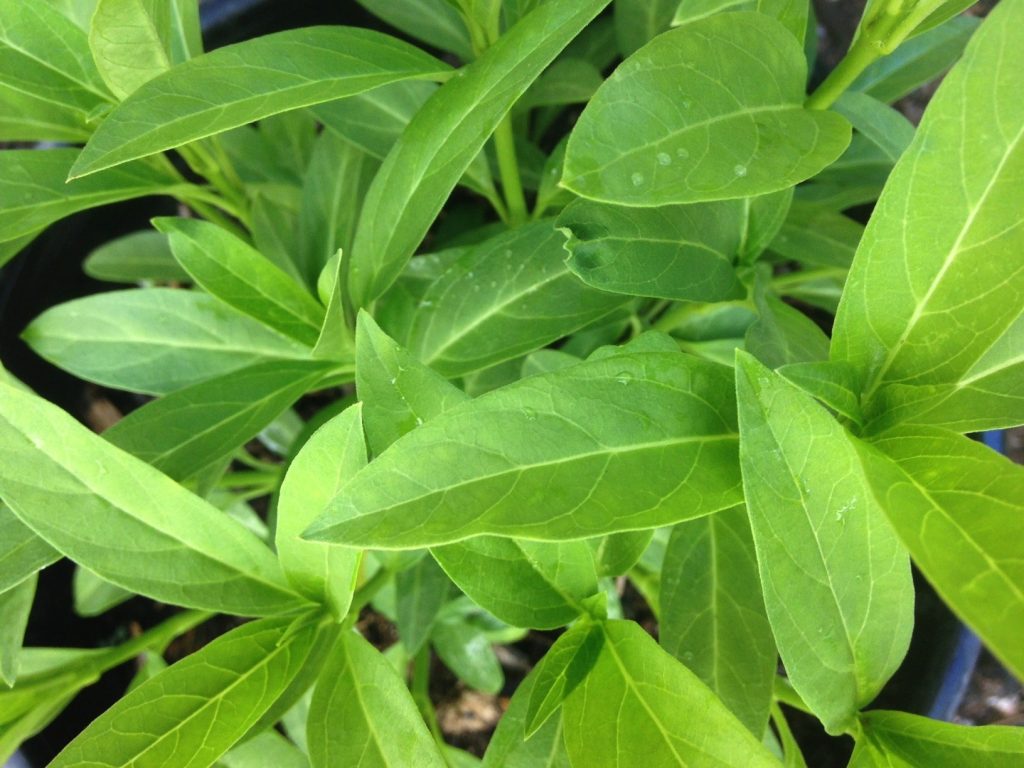 The Ladybird Johnson Wildflower Center, Native Plant Society, San Antonio Botanical Garden and your local gardening and conservation organizations will be staging plant sales in the next few weeks.   These pop-up plant sales often feature the hard-to-find, coveted native milkweeds.   Keep an eye out for the sales and grab them while you can.  Like the Monarchs, we have to take what we can get.
Related posts: